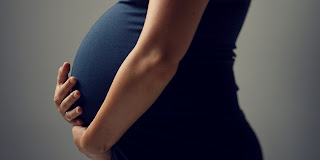 Yes, this is yet another way to look at the difference between standards-referenced and norm-referenced testing.

If the Big Standardized Test (PARCC, SBA, PSSA, MOUSE, ETC) were truly a standards-referenced test, a student could take the test and know if she were proficient or not. And that is the implied promise of the BS Tests-- that they will measure proficiency against a standard.

But if that were true, we would not need thousands of students to take the test. One student, alone, could take the test and be told whether she was proficient or basic or whatever. No test manufacturer, no state would have to say, "Okay, as soon as we have the test results from thousands of other students, we'll be able to tell you if you're proficient."

What we have instead is a test that tells us if a student is relatively proficient. Which makes no more sense than a test to determine if a woman is relatively pregnant.
Posted by Peter Greene at Wednesday, June 29, 2016
Email ThisBlogThis!Share to TwitterShare to FacebookShare to Pinterest