When you see the announcement that the Waltons want to pump another $250 million into charter schools, you just have to wonder why.

I know the Waltons (of Wal-Mart fame) are big fans of charter schools, but they didn't become gazillionaires by spending hundreds of millions of dollars on things they just find shiny. And if they really wanted to push charters, they have an army of employees that could be incentivized to push charters. Heck, the Waltons are in a position to offer employees some sort of bonus or support to send their own children to charter schools. So maybe the quarter billion bucks is just heartfelt charity. But I have my doubts.

There's a good case to be made for the charter industry being a large real estate scam, and Leslie T. Fenwick made it pretty forcefully a few weeks ago in Valerie Strauss's column at the Washington Post.

In the most recent cases of Washington D.C. and Chicago, black parents and other community members point to school closings as verification of their distrust of school “reform” efforts. Indeed, mayoral control has been linked to an emerging pattern of closing and disinvesting in schools that serve black poor students and reopening them as charters operated by education management organizations and backed by venture capitalists. While mayoral control proposes to expand educational opportunities for black and poor students, more-often-than-not new schools are placed in upper-income, gentrifying white areas of town, while more schools are closed and fewer new schools are opened in lower-income, black areas thus increasing the level of educational inequity. Black inner-city residents are suspicious of school reform (particularly when it is attached to neighborhood revitalization) which they view as an imposition from external white elites who are exclusively committed to using schools to recalculate urban land values at the expense of black children, parents and communities.

But there's more to it than that-- and there has been for sixteen years. We've been reminded repeatedly, but I'm going to remind us again.

Included in the Clinton era Community Tax Relief Act of 2000, and renewed repeatedly since then (it was just upped for another five years in the 2016 spending bill) is the New Markets Tax Credit. Here's the simple explanation from Investopedia:

The NMTC has two components: a 39% tax credit on charter schools contributions over a seven-year period plus the ability to collect interest on the money they contribute. A hedge fund could double its investment in seven years, and the tax credit can be combined with other tax breaks without limit. It is not surprising that hedge funds have flocked to this deal handed out by the federal government.

Double your investment in seven years.

Double. Your. Investment. In. Seven. Years. 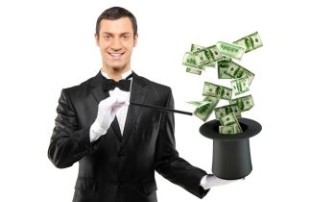 Not only do you double your investment in seven years, but this is not like investing in the latest tech start-up vaporware producer. Risk is tiny. Return on investment is huge. Is it any wonder that hedge funds love charter schools, or that companies like NewSchools Venture Fund, a firm that exists just to put investor money together with charter school projects, are an actual thing. I mean, for all our talk about the Importance of Classroom Teachers, is there anybody running a big company just to recruit and place the very best teachers in schools? No-- just outfits like TFA which, whatever its original best intentions, is now a wing of this moneymaking industry ("You can double your money on the building and, since we've got to put something in the building in order to call it a school, we can hook you up with these low cost, low trouble, quick turnover sort-of-teachers .")

Plus, you look like a real mensch for investing schools. It's like investing in puppies-- everyone just assumes that you are up to something admirable and fine. After all, it's a school. It's For The Children. Who would cast a gimlet eye at such a noble enterprise?

Well, more of us should. "Follow the money" remains good advice when people who have not otherwise shown the slightest interest in a sector of our society suddenly want to plunk down their money and get in the game. The last two decades have been marked by a huge influx of amateurs with thick wallets pushing their way into the education biz; I don't think it's an incredible coincidence that they're able to get rich doing it.
Posted by Peter Greene at Thursday, June 30, 2016
Email ThisBlogThis!Share to TwitterShare to FacebookShare to Pinterest