It's been little more than a week since the bricks and mortar portion of the charter school industry took a big, hard swipe at their cyber-siblings. As you may recall, three major charter school groups released a "report" that was basically a blueprint for how to slap the cyber-schools with enough regulation to make them finally behave. The report was rough, noting all of the worst findings about cybers-- how they achieve no learning and actually destabilize many students.

The cyber-school industry was not amused. K12, one of the biggest chains in the largely for-profit sector, fired back with its own press release that managed to be feisty without really addressing any of the criticisms.

But in Pennsylvania, one of the Big Three of free range cyber-school activity (Ohio and California are the other two), cybers are trying a different approach.

In what the Philly Inquirer calls an "unprecedented" move, nine of the thirteen PA cyber chains sent a letter to PA Secretary of Education Pedro Rivera saying, "Hey, can we talk?"

The letter does not exactly acknowledge the cyber school record of abject failure in PA.

"What we are proposing is an open and honest discussion on what virtual education can and cannot do, dig deeper into the data and recommendations relative to Pennsylvania, and change whatever needs to be changed to make Pennsylvania the national model for high-quality and cost-effective virtual education," Joanne Barnett, CEO of the Pennsylvania Virtual Charter School. "It's time to stop the combative nature of discourse relative to public education and work together for the benefit of the students, parents, and taxpayers."

In other words, now that we are losing this fight, we would like to call a truce. 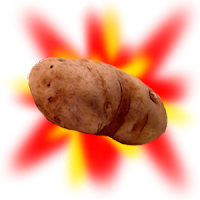 The nine cyber chains represent about 35,000 or the around 36,000 cyber students in PA. Of course, exact numbers are always difficult, as one of the classic cyber games is to play hot potato with students, keeping them long enough count for getting paid by the state, but not so long that they hurt the test numbers (or cost more money). My guidance counselor friends tell me that there are days in the year where guidance counselors and cyber-school officials literally sit at their computers and furiously pass students back and forth, like a sort of reverse ebay.

Not that it helps much. In Pennsylvania, not a single cyber school met the benchmarks for academic performance.

Despite the huge influence of charter lobbyists in Pennsylvania, cyber school operators have been sweating. At the astroturf site, pacyberfamilies.org, you can read the frantic concern that cyber money might be cut by the state. And pressure the rein in the cybers is coming form local districts across the state, where cash-strapped school systems are forking over huge truckloads of cash to the cybers under one of the most generous-to-charters financial set-ups in the nation. Local schools are seeing teachers laid off, schools closed, and programs shut down, and local taxpayers are finally seeing the direct links between what they're losing and the huge payments to the cyber schools which do not even deliver and are, in fact, failing so thoroughly that even their fellow charters are deserting them.

But while cybers are signalling that they're willing to sit down and talk over some stuff, they are not signalling that they actually believe or accept any of their reported failures. At its site, the Pennsylvania Coalition of Public [sic] Charter Schools indicates that "none of the data in the report is new," and Dr. Reese Flurie, CEO of Commonwealth Charter Academy says that the national data is too general to make state policy decisions. Well, maybe, though since the Big Three have half the cyber students in the nation, I'm not sure data about national cyber-charters is all that general compared to Pennsylvania.

And in that same piece, we find the line "Cyber charters are doing a good job of serving a student population that would otherwise fall through the cracks in the traditional system," which is a pretty thought for which there is not a shred of evidence. I will, as always, note that there are specific students for whom cybers can be a blessing. But after a decade of aggressively courting every other sort of student, those students who can benefit from cybers are a teeny tiny fraction of the business model.

"There is always room for improvement" says the PCPCS, as if that's just one of those facts of life and not an insight into their own huge and numerous failures. Pennsylvania cybers do not have "room for improvement"-- they are costly and spectacular failures that do not educate students, strip local school districts of resources, and are far more concerned about turning a profit than actually doing the job they are set up to do. They don't need to discuss tweaking. They need to explain why their continued existence should be allowed.

They'd like to cut a deal, but they'd like to avoid admitting anything in the process, keeping their money, their market share, and their illusions. Perhaps they're hoping that a willingness to talk will get them out of being forcibly reformed by the state, but if their opening position is, "Yeah, we're doing a great job. We just have to tweak a few things. Please keep writing those big checks" then they are not just trying some business maneuvering-- they are delusional. They are standing in the town square, the entire citizenry pointing and laughing at their flabby nakedness, as they try to deal with the situation by hollering, "Look, every outfit needs a little work, and we'll be happy to sit down with a tailor and discuss tweaking the outfit, but we still insist that our new clothes are splendid."
Posted by Peter Greene at Saturday, June 25, 2016
Email ThisBlogThis!Share to TwitterShare to FacebookShare to Pinterest