Neo what? You may not be paying enough attention to political labels and categories, particularly when they don't seem to fit any of the standard Dem-liberal vs. GOP-conservative model.

Neoliberalism was born in the thirties in Europe (where it was also known as the "Middle Way" or the "Third Way"). Its central tenet is that private corporations ought to be free to do whatever they want, and neo-libs love free trade, deregulation, privatization, Margaret Thatcher and Ronald Reagan. Wait-- why does this thing even have "liberal" in its name? Because 1930s Europeans were wacky that way, I guess. Or maybe it's because it wants to "liberalize" the movement and accumulation of money.

Neoliberalism is about the idea that the private sector can do everything so much better than the public sector, that competition is the secret to excellence, that a truly free market will create excellence and wealth for all. And as we can immediately recognize, it has been embraced by prominent members of both parties.

It is well-positioned to sell to both right and left. On the right, you can take solace that it makes the government smaller and directs lots and lots (and lots and lots) of tax dollars to private sector interests. On the left, you can take solace that neolibs preserve government programs-- they've just hired some private company to take care of the programs. If something's worth doing, it's worth paying some private company tax dollars to do it.

Groups like ALEC, the legislation mill where private corporations get to tell elected legislators what bill they ought to pass-- well, that's just a natural outgrowth of the neolib philosophy. The public sector really ought to be working for the private sector, not getting in their way, telling them what regulations they must follow, and telling them how to play fair. The worst horror stories you've heard about the TPP, like the secrete tribunal where companies can sue countries for interfering with the company profits-- that's how a neolib thinks the world should work.

For thirty or forty years (depending on who's counting) thought leaders and political leaders and leaders of leaders in shadowy rooms have supposedly been embedding neoliberalism in everything. That group of embedders would include the people who run the world's financial systems, all the way up to the International Monetary Fund. The IMF has been a huge fan of neoliberalism.

Which is why it is big news this when the IMF publishes a report entitled "Neoliberalism: Oversold?" and comes damn close to saying, "Yeah, we were totally wrong on that one. Sorry for the last forty years of economic inequality and mess."

Their simplified explanation of neoliberalism is that there are two planks-- plank one is increased competition, and the other is less government via privatization and shrinkage.

Mind you, they are not doing a complete 180-- the report says that neoliberalism has delivered on some of its promise through international trade that helped poverty in some areas, foreign investment that transferred tech to emerging economies, and privatization that increased efficiency cheaply in some places. But all is not rosy. For instance, the report uses this as a big fat pull quote:

Instead of delivering growth, some neoliberal policies have increased inequality, in turn jeopardizing durable expansion.

They could be quoting virtually any not-a-neolib of the past four decades, but no-- that's the IMF. And here's another shocker of a pull quote:

Governments with ample fiscal space will do better by living with the debt. 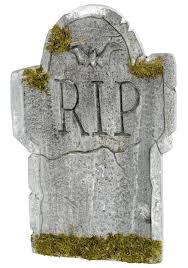 There's a lot more to it in several reports which are actually kind of hard to get to on the web, and which also require a certain level of eco-wonkery skill. But you can read the astonished reactions everywhere, from the people who want to say "I told you so" to the people who are a little more detached. The refrain is the same-- if the IMF thinks maybe neoliberalism is not actually working, then something is up.

Of course neoliberalism is the secret sauce that explains why Barrack Obama and Jeb Bush and Hillary Clinton and Whitney Tilson and the (supposedly left-leaning) Center for American Progress and the (theoretically right-tilted) Fordham Institute all appear to be singing in the same choir from the same hymnal when it comes to education. I'm not a huge fan or student of political theory labels, but there is a name for what unites the vast majority of reformsters, and the name is neoliberalism-- the belief that a free market filled with privatized providers (of both education, schools and teachers) and scraped free of as many government regulations as possible (including those damned unions) will bring us all to a shiny promised land.

That, my brothers and sisters, is the technical wonky political theory name for what ails us, and now one of its most staunch believers, defenders, priests and acolytes is suggesting in what qualify as loud tones for the economics wonky world that maybe it doesn't actually work after all.

After all these years, neoliberalism has not spread the wealth, not lifted up the poor, not provided excellence, not made government more effective or efficient, not done much of anything except make a small group of people very, very rich-- rich enough to start running governments and telling elected officials what to do. Lots and lots and lots of people noticed long ago that it wasn't working-- and have said so repeatedly. But to have the IMF notice something and say something out loud, in print-- that is a new thing.

Yes, there are caveats, hedges, fine print, details and a world of quibbles. But the foundation has cracked. It may be years before that does us any good in public education-- the idea that privatized competition breeds excellence has, despite all clearly visible evidence to the contrary, grown strong roots in our culture. The body may keep kicking long after the head has died. But for all that, for all the time me have to wait for the street dancing, this is still good news. I'd suggest we bow our heads for a moment, but there's nothing in this news to be sad about.

Posted by Peter Greene at Wednesday, June 01, 2016
Email ThisBlogThis!Share to TwitterShare to FacebookShare to Pinterest