Chester Finn, honcho emeritus of the right-tilted Fordham Institute, was back on the Fordham blog this week to continue his charter school series with a look at what he thinks are three "market malfunctions in the charter sector." Man, I just love the word "sector"- it sounds so clean and neat, not like marketplace or business. Honey, I'm going to get a tub of popcorn in the snack sector. Last night I was forcibly relieved of some financial instruments by an armed member of the mugging sector. Girl, do not get all up in my sector.

Here are Finn's three malfunctions. Well, first, part of his wind-up to the pitch:

In general, the charter marketplace—where it’s had the freedom and capacity to grow in response to demand—has done pretty well at responding to families’ non-educational priorities, such as safety, convenience, and a welcoming atmosphere. It’s also given rise to an array of fairly diverse schools that align with the varied educational tastes of an ever more diverse society.

I'm not sure that's true. I'm not sure that's true at all, though Finn probably knows more charter sector specifics than I do. But here's that "free market" falsehood again. For instance, in New York City, the "free market" has been rigged so that the public school system has to bear the expenses incurred by the charter sector. The public system has to pay the rent for charter school locations. Charter "freedom and capacity to grow" has always come at the expense of public schools; it's like saying that Burger King needs the freedom and capacity to grow by being able to bill McDonald's for its supplies. Or that I need the freedom and capacity to grow by being allowed to take my neighbor's car and raid their kitchen for my food. Likewise, charters have been able to meet non-educational priorities by getting government to lower the bar. In Detroit and Chicago, the continued and deliberate starvation of public schools has the effect of making parents happy to find a school that isn't collapsing. Hell, Detroit has worked it so that a charter could be successfully launched just by advertising bottled water and heat in the winter.

But I digress. Where was I? Oh yeah-- the three malfunctions.

First, too few or too many schools.

Finn is concerned that charter school development is not keeping up with demand. While he throws out an "estimate" that a million students are waiting to get into charters, and hell, I can "estimate" that only a dozen students are waiting to get into charters, I'm not really interested in how great the demand for charters is. Because the demand for charters is really just a demand for good schools. Why, oh why, do policy leaders and educrats not look at these supposedly huge waiting lists and say, "Well, that's a million people who aren't happy with their public school, so what are we going to do to fix those public schools??"

We make a big fuss over how testing can identify failing schools that need help (though we never send them any), but don't waiting-to-get-out numbers also pinpoint schools that need help and resources and better stuff? Why are we not making use of that data? Man-- it's almost as if we are only interested in finding ways to boost the charter business sector, and not in actually improving education.

At any rate, we can stop talking about demand for charters as if it's a meaningful piece of data. Or at least we could start discussing the ways in which that demand is manufactured. Demand for charters is manufactured by gutting and undercutting and under-resourcing public schools, as well as creating new ways to "prove" that public schools are failing (like Big Standardized Tests).

When we talk about demand, absolutely nothing that we're talking about is a natural market force. It is all subject to manufacture and manipulation. It's not any more real than Santa Claus.

I don't disagree entirely. All schools could be more transparent, though charter schools are by far the worst when it comes to providing transparent and accurate information.

The marketplace does not run on transparency and full, open information. It runs on companies keeping tight and careful control of exactly what information consumers have access to. What strong consumer information is involved in knowing that Frosted Flakes are grrrreat, or that Coke is "the real thing"? Right now I see a steady stream of ads for a cyber-charter that definitely wants me to know that their school brings families together and makes children happy, but is definitely not making sure that I know studies have shown that cyber-charters are terrible.

Many charters are strapped for funds. They feel overregulated by their states, heckled by their authorizers, and politically stressed, so the people running them often struggle to keep their heads above water (which includes keeping enrollments up). They have little energy or resources to expend on becoming more rigorous or investing in stronger curricula and more experienced instructors. 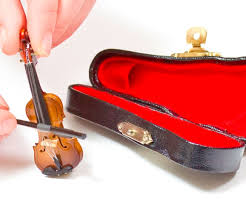 On behalf of public schools all across the country, let me just say-- well, I can't decide. Smallest violin in the world playing "My heart bleeds for you"? Waaaaaaa? Would you like some cheese with that whine? No shit, Sherlock?

I mean, seriously. This is like complaining that running a hospital is hard because all these sick people keep coming in. Or it sucks to be a judge because you spend all your time listening to this legal stuff. There are two things that Finn really needs to understand here:

1) Every single sentence of this paragraph describes life in public schools since pretty much forever (just substitute "taxpayers" for 'authorizers").

2) The modern charter school sector has made every one of these things worse for public schools.

This is the gig. These are the limitations that come with providing education in a country that, when push comes to shove, doesn't really value public education quite as much as it likes to say it does. If you find the problems listed in that paragraph just too much to battle against, then you are in the wrong sector, and you need to get into some other sector, because in this sector, the education sector, the job has always been to do more than you can with less than you need. The belief among some reformsters that the free market would somehow change that would be cute if it hadn't been so destructive.


Posted by Peter Greene at Friday, June 10, 2016
Email ThisBlogThis!Share to TwitterShare to FacebookShare to Pinterest