You probably thought the Corinthian story was done. Well, no such luck.

Corinthian, you may recall, was a chain of for-profit schools that was doing a pretty good job of the profiting part, but the college part-- not so much.

Corinthian was an exemplar of the for-profit school model in which students are not so much the customers as just conduits used to carry grant and loan money from the government straight to the for-profits bank account. But because the whole business model is based on signing up customers (and getting them to sink themselves deep in debt) and not so much on actually delivering an education, all the aggressive marketing in the world may not be enough to paper over the many (expensive) failings.

So in March of 2014, the Obama administration announced that it was going to get tough and start shutting down these predatory dens of high-debt failure. Corinthian rose quickly to the top of that list, and so by June of 2014, the feds had announced that they were shutting Corinthian down before it could do any more damage. Ha! No, just kidding. The feds announced that they would give the cash-strapped for-profit conglomerate a bunch of money so it could stay open. The argument was that this was so the students could finish the year, but that's a nonsense argument. It would be like the feds busting into a fly-by-night snake-oil cancer clinic and saying, "The treatment you're getting is a sham and a danger to your future, so we are going to make sure that these fake doctors complete your full course of treatment." 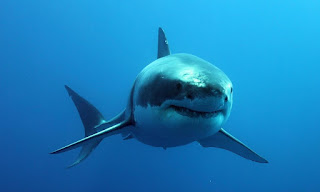 It's possible that the feds were also concerned about the interests of investors, a list which included Wells Fargo, BlackRock, Royce, New York Mellon, and Morgan-Chase. It's also worth noting that the Ed Department undersecretary who appeared to be handling all this was Ted Mitchell, whose previous experience includes working with NewSchools Ventures, a group whose business is helping Wall Street types make money in the privatized education business.

And while Corinthian couldn't always afford to pay its employees, documents eventually revealed that the company was making hefty payments to well-connected lobbying firms, as well a hiring lobbyists (both declared and undeclared). Oh, and ties to ALEC. All paid for with tax dollars.

By fall of 2014, the feds were helping to broker a deal in which Corinthian was to be bought up by a company. Specifically, a debt collection company. That company created a subsidiary company to run the ex-Corinthian campuses, and had finally wrapped up that maneuver by February of 2015. The feds were pretty proud of themselves for having made sure that investments were secured and nobody had to actually suffer for their mismanagement of the for-profit business.

But by April of 2015, Corinthian was done, kaput, outies, kaput. They filed bankruptcy in May. Also by spring of 2015, many students had figured out that they had been had, bilked, cheated, and lied to. It may seem like they were a little slow, but remember-- for well over a year the feds had been saying two things:

1) If we find any lying cheating predatory schools, we will totally shut them down.
2) We think it's worth going the extra mile or ten to keep Corinthian schools open.

Operating under the premise that the federal government was reasonably trustworthy, would those two items not lead you to believe that you would be okay staying at Corinthian and continuing to borrow money to do so?

But no-- a whole bunch of students were left holding the bag, and by "bag" I mean "giant crapload of crushing debt for which they actually received nothing of value."  Corinthian students had, in toto, acquired half a billion dollars worth of debt. So a whole bunch of those students decided that they would simply refuse to pay the debt.

The Department of Justice asked the Department of Education to just erase the portion of debt they had control of. They didn't. They did fine Corinthian a little for some of of the lying. And the students refusing to pay their debt wound up, inevitably, in court, trying to get their federal loans forgiven.

This has led to even more revelations about how rotten Corinthian was. Most notably, unsealed court records revealed that Corinthian recruiters were paid a per-customer bounty. These "flash reports," a regular report of who was hitting their numbers for students signed up, were unsealed from the records of a different suit against Corinthian, because there have been so many cases against and investigations of this shady nest of vipers (according to the NYT, over twenty state attorney generals and other officials). Just to be clear-- basing the pay of college recruiters on how many recruits they score is not in any fuzzy gray area-- it's just plain illegal.

The degree to which this nest of vipers has been allowed to hide its culpability is kind of astonishing. For instance, this amazing factoid comes at the end of the NYT story-- as part of the bankruptcy settlement ( in Delaware, natch) Corinthian was allowed to run all of its records through the shredder. The revelation about the illegal recruiter pay is from testimony in a case from 2007! How was Corinthian able to keep so much information about its own illegal activities under wraps? It simply claimed that all the info about its business practices included trade secrets.

Theoretically, the revelation should help the students who are trying to win release from their loans. One condition under which the department will allow it is if the school is proven to have been involved in wrongdoing. Yet the process still involves a paperwork circus (and not, say, the ed department declaring that all loans involving this crooked scam are hereby forgiven).

There are still 800 pages of sealed records out there, and given the whole shredding thing, they may be the last real records we have of what crooked baloney Corinthian was up to. A few lawyers would argue that since Corinthian is no longer in the trade, it no longer has standing to claim trade secret protection. We will have to wait and see, but for the moment, it seems that somehow even in death, Corinthian has more power than the students that it bilked and tricked into a ton of debt.


Posted by Peter Greene at Sunday, June 26, 2016
Email ThisBlogThis!Share to TwitterShare to FacebookShare to Pinterest