Happy Birthday to Another Reformster Miss

Today is the one year birthday of yet another failed reformster PR experiment.

A year ago, somebody mysterious launched Head in the Sand Blog dot org, and its mission was pretty simple. 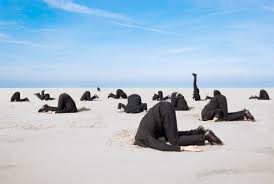 We are the reasonable middle whose voices are rarely heard in education debates around school reform, the common-sense parents and educators who live and work outside of big urban areas. We want the truth about our kids and schools. We want our own children to succeed, but we also care deeply about making schools better for all children. We are not satisfied with the status quo. We know our schools can improve.

Well, that sounds swell. We don't actually need to read any of the articles to get a sense of where these guys are headed. Just skim through the titles:

Is your Common Core opposition driven by selfishness or cluelessness?

Why do suburban Mass teachers want to block school choice for the state’s poorest children?

Suburban schools are not ready for big-city challenges

American Delusion: The Kids Are Alright

It’s PARCC day at school, and we’re not sweating the test

A mom paves a path to math understanding through Common Core

College remediation: Not just a problem for those ‘other’ kids

We Are Still A Nation At Risk

While the site finds time for standard reformy ideas like "Common Core is swell" and "achievement gaps," mostly the theme is that public schools, particularly suburban public schools, suck like an over-amped shop-vac on steroids and those of you who believe your school is okay and refuse to get on a panicked crisis footing-- you people just have your heads in the sand.

As I said, the source of this site is a bit mysterious. There's no "who we are," no links back the organization behind this. However, there are some clues. First, note the attempt in the header to position themselves as the reasonable middle. Now, note the list of featured authors:

Tracy Dell'Angela. Laura Waters. Erika Sanzi. Mike Vaughn. Andrew Wilk. Marisaa Grimes-Galibor. While some of these folks turn up in a variety of outlets, there's just one place where you can find all of them as writers, advisors or even staff members--  Education Post, the rapid response war-room style pro-reform activist group run by former Arne Duncan staffer Peter Cunningham. It's widely known that Cunningham got a $12 million pile of money to run the operation, but it takes the tireless research of Mercedes Schneider to find out where all that money came from-- it wasn't just Eli Broad and it is an exercise is just how incestuous and connected the reformster world is.

Head in the Sand often cross-posts with Education Post, and while they don't seem to have their own twitter account, their posts are often (and mostly only) tweeted by the above featured authors, Peter Cunningham, and Education Post. They have a facebook page with under 300 likes and no conversation.

So it certainly appears that Head in the Sand Blog is one more attempt by the Education Post folks (who are nominally liberal-ish)  to shape the conversation, to create a groundswell of support for the reformster point of view. It also appears to be getting very little traction or attention, but it is still chugging away at the rate of a post or two a week. The groundswell of highly reasonable suburban parents who have suddenly realized that their public schools totally suck because they are overridden with terribly slacker lying teachers unions and really, it would be better for everyone if lots of super-duper charters were brought in-- well, that groundswell doesn't seem to have been manufactured materialized yet. But I'm sure as long as the folks at Head in the Sand Blog have money to keep trying to build that groundswell, they'll keep trying, though I think it's fair to ask at this point exactly whose head is in the sand. happy birthday, you guys.