Imagine that a state decides to stop offering any sort of food stamp program. The governor declares, "Everybody in our state deserves to eat, so from now on, instead of any sort of means-tested system, we will just give five bucks per week to every citizen of the state to buy food with. "

Or a governor from a state like Colorado announces that he's tired of paying so much more for snow removal on mountain roads than he is for small residential streets. Therefor, in the future, he will set aside $100 bucks for each road in the state and that's all each roadway, whether it's a twenty mile road through a mountain pass or a two block street in the suburbs.

Or a parent decides that to be absolutely fair, she will spend exactly the same amount of money on each child, including the youngest one-year-old child, the middle child who has physical issues that confine her to a wheelchair, and the oldest child who has just been diagnosed with cancer. Each one gets ten dollars a week spent on them, and that's it. Because, fairness. 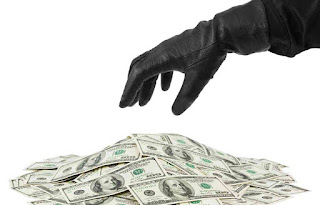 Regular readers know I am all about the illustrative comparison, but the fact is that I am stumped for examples that really convey just how criminally dumb and destructive Chris Christie's proposal to spend exactly and only the same amount on each student in New Jersey. The proposal will be a windfall for wealthy districts and leave poor district further impoverished.

In addition to being brutally crippling, it also reveals a warped attitude about school funding. Christie is clearly approaching education funding as if it's a reward that students earn, and not the instrument by which the state meets its obligation to its children. Christie's approach is like going to the bank and saying, "Well, I guess I will give you as much of this mortgage payment as I think you deserve." Nope. The state has an obligation to its children, and the question the governor should be asking is, "How can we best meet that obligation for all children."

Nobody likes this proposal. Tom Moran, ever a Christie booster, doesn't like it. Erik Hanushek, who has produced plenty of research-like product supporting the unimportance of school funding, doesn't like it.

But if you would like a scholarly, research-based, rational non-invective-laced explanation of exactly how awful this plan is,  Mark Weber and Ajay Srikanth have you covered. Weber has set aside his Jersey Jazzman snark hat and put on his Legitimate Scholarly Researcher hat to produce a report to answer the question, how fair is the fairness formula?

I recommend you read the whole thing, and then, if you live in New Jersey, I suggest you pick up the phone and call some elected official. This proposal deserves to die, but you know that Chris Cjristie does not play well with others.

In the meantime, here's the executive summary of the report to whet your apetite:

This brief provides a first look at the “Fairness Formula,” Chris Christie’s school tax reform plan. In this analysis, we show:
The “Fairness Formula,” then, would transform New Jersey’s school funding system from a national model of equity[1] into one of the least equitable in the country, both in terms of education and taxation. This proposal is so radical and so contradicted by both the evidence and economic theory that even the harshest critics of school funding reform cannot support it.
Posted by Peter Greene at Thursday, June 30, 2016
Email ThisBlogThis!Share to TwitterShare to FacebookShare to Pinterest