Eva Moskowitz, the super-well-paid queen (almost a cool half million) of Success Academy, finally had more than just a lousy day. She flat out lost one. I know it's not nice, but let's share a little schadenfreude over the defeat of a woman whose defiant hubris has been a bamboo shoot under the fingernails of educators all across New York.

The plan has been to expand the SA empire by adding Pre-K. But in an unexpected twist, the city of New York, rather than simply handing Moskowitz a pile of money and saying "Have a nice day," actually insisted that she sign a contract and agree to use the money in particular ways. 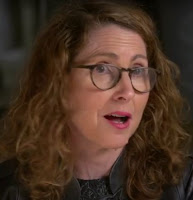 You might think that this does not sound terribly unreasonable, that virtually all vendors who want a chunk of public money have to enter some sort of contract in which they agree to do certain things in certain ways according to certain rules. Even the long-existent military-industrial complex does not work by having contractors say, "We'd like a million dollars to just do some stuff." Heck, plenty of charter advocates propose a system in which charters contract to hit certain marks and have their success or failure measured accordingly.

But we're talking Eva Moskowitrz here. Moskowitz who successfully told the state of New York that they had no right to audit her. Moskowitz who simply went over the head of the mayor of New York City and had the legislature overrule him so that she could have more schools.

Not only did Moskowitz want her pile of Pre-K money without conditions, but she offered the argument that it was illegal to require anything contractually of her when the money was handed over. The contract may have been okay for every other provider of Pre-K services in the city, but Moskowitz answers to no one. Check out her op-ed here, where among other things, she says that whether or not the city's requirements are reasonable is "beside the point." Her reading of charter law is that charters should get tax dollars without having to answer to anybody.

How much is at stake here? About $720K. As Politico wryly notes, that's slightly less than the $734K that Moskowitz spent on her big rally in Albany.

And so, after repeated defeats and denials, after not getting her way from anyone, Moskowitz declared that she would take her ball and go home. Because while providing quality Pre-K For The Children may be a noble goal, it's not as important as Moskowitz getting her own way. Any oversight that the city wanted to exert in order to make sure that all programs are high quality? That's just  an uinfair burden. Her entitlement shows through the open letter to Mayor DeBlasio that she reportedly circulated to SA parents, in which she accuses him of "stealing" an opportunity from children. In other words, she doesn't have to prove to anyone that her program is good-- she is entitled to those tax dollars and to deny her is to steal what is rightfully hers.

Politico laid the story out in pretty fair and balanced terms, and the Daily News picked it up a day later, but mostly it appears that Moskowitz threw a press conference to raise a chorus of outrage and anger, and mostly nobody showed up.

So she tried again yesterday with a "rally" at city hall, covered just by the charter-loving New York Post-- and even they said that Moskowitz "fumed." It seems that Moskowitz just can't draw a big crowd any more, nor can she as easily convince folks that her outrage should be everyone's outrage. And the press keeps asking if she's running for mayor-- almost as if they don't think she's entirely serious about this whole charter school thing. This has to be the unkindest cut of all-- not just that she can't get her way, but that she can't draw a sympathetic crowd of people to amplify her dismay. Imagine a day when Moskowitz has become, not just less of a threat to public education, but actually irrelevant to the discussion. Won't that be a day?
Posted by Peter Greene at Friday, June 03, 2016