Massachusetts has just a wacky dynamic in the education biz. Their governor is a reformster, their secretary of education is a reformster, and the mayor of Boston is a reformster. Various swarms of reformsters have come to the commonwealth, presumably attracted by tasty clam chowder and the smell of money. And yet the citizens of Massachusetts, many of whom still have vivid memories of when the state was a national leader in school excellence without so much as a dollop of reformy baloney needed.

The dynamic plays out most notably in Boston. Students walk out of school (more than once) and the Powers That Be respond with a combination of mansplaining and suggestions that the students were just tools of Other Nefarious Adults. Just this week, students showed up for a BPS budget meeting and were initially met with patronizing ice breaker exercises. And Mayor Marty Walsh continues to deny his plans to close down school buildings, despite folks having found evidence to the contrary. Meanwhile, the education course in Boston is charted by an assortment of "advisory" groups like Boston Leaders for Education, a group that selflessly pushes reform and charters even though it includes guys like Michael Tooke, a venture capitalist and investment banker, plus an assortment of other venture investment guys who I'm sure have no connection to or profit from various Boston charters.

In short, one of the defining features of education politics in Boston is the lack of transparency and the presence of-- and I hesitate to type this because I know my mother, who started her education at Girls Latin School in Boston, is a regular reader, but in the end, there just isn't a better word-- bullshit (sorry, Mom).

Now Quality Education for Every Student (QUEST) has come through again by uncovering more documentation of what Boston's leaders are actually up to. Much of what they've discovered in this batch of e-mails is not new-- just further confirmation of what was already known. They have also re-proven that Freedom Is Not Free-- the city said that QUEST's original FOIA request would cost $3K to process, so QUEST whittled it down to a $300 request. 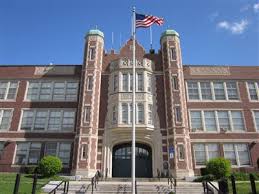 If there is anyone in the Boston area who does not know that Mayor Walsh and BPS plan to close a few dozen schools, my condolences go out to that person's family, and I hope he or she comes out of the coma soon. The emails contain further proof that the report from McKinsey, the high-priced consulting group and often a favorite tool of reformsters, was to be used as a basis for closing thirty-six or so schools. But somehow Walsh still cannot bring himself to own up to this. He was out of the country when QUEST released their report on the e-mails, but he still has a response:

“While I appreciate the input of the McKinsey report, it is only a starting point for analysis,” Walsh said, “and I have made it clear that I am not comfortable with any proposal that would close schools until we complete our comprehensive facilities master plan.”

This is a favorite weaselly construction in Boston. BPS also replied to the QUEST release with

There are currently no plans to close any school facilities. While Boston Public Schools appreciates the analysis of external partners and organizations, one evaluation report will not determine the future of our schools. After the completion of the BuildBPS facilities master plan, an informed 10-year road-map will be created to align allocated investments in Boston's school facilities with the district's 21st-century educational priorities. We look forward to continued community engagement throughout this process.

I imagine Walsh taking a call from his girlfriend. "Do you want to eat supper with me tonight?" she asks.

"I have made no plans for eating at this time," he replies. "I certainly have no intention of eating until I am experiencing hunger. At that time, I may develop plans for consumption of food-related materials, but at this time I must state categorically that I have no plans to eat, ever."

So, yes, he's going to eat, and yes, he fully intends to close school buildings. What I find fascinating at this point is his utter refusal to just say so, to just fess up to what everybody already knows. Instead, leaders keep throwing around vague pronouncements about right-sizing the district, while the emails reveal conversations about how to "rework the verbiage," a directive from the mayor’s Director of External Relations & Opportunity Gap Initiatives Ramon Soto in an email in which he also notes that he has concerns about "stating ‘sell/lease 30-50 buildings’ as part of a strategy." So not just close down buildings, but sell them off. Just don't tell anybody, because they'll probably be angry. Another directive in the emails reminds officials not to use the word "close" anywhere.

This active avoidance of transparency is habitual. The city continues to insist that Boston Public Schools are getting their biggest pile of money ever, which is kind of like telling a McBurger McAssembler that thanks to a two-cents-an-hour raise, he is now getting the highest wage he's ever earned at Micky D's. The truth, readily available to anyone with eyes, is that BPS's 1.3% increase is peanuts compared to the 4% increase in the full budget. It's also peanuts compared to the increases for other school districts across the state.

It's true that BPS enrollment continues to drop, a foreseeable outcome of ratcheting up the charter pressure. Boston is working from the same old playbook on how to gut public schools and replace them with charters (a book literally written by current MA Secretary of Ed James Peyser back when he was cuing up charters for venture capitalists).

It's understandable that Walsh and his cronies don't want to just come out and say, "We'd like to gut the budget for the public schools so that they can fail and be shut down or sold to the many charters that we'd like to see take over the system. We're going to give public schools the least amount of money we can get away with, and we are going to put them out of business and turn Boston into charter heaven. Because ka-ching. Oh-- and we're going to call the whole thing BuildBPS because we dig irony-- it's kind of like a Peacekeeper Missile. We will build BPS by destroying it." But they're unwillingness to actually speak plainly and honestly leaves them shoveling out bovine fecal matter by the metric ton in a manner that's just insulting, like that kid in class who insists he did not throw that paper wad at you, even though you just watched him do it.

Among the emails QUEST also found a note from the above-mentioned Michael Tooke who wants to ask, basically just how big Walsh's balls are:

Does Boston have the courage to take an immediate and diverse solution to these underperforming institutions, including closure (in concert with a thoughtful and complete facilities plan), redesign as in-district charters, addition of independent charters or insertion of new school leadership with true autonomy?