Earlier this week, House Republicans released a... well, a thing. A reporty kind of thing, straight from the House GOP "Task Force" on Poverty, Opportunity and Upward Mobility. There's a website that goes with it, and the language there is pretty blunt and direct:

Our nation is on the wrong path. We can complain about it, but that won't help things. To get America back on track, we have to raise our gaze. We have to be bold. That's what A Better Way is about. It is a full slate of ideas to address some of the biggest challenges of our times. Developed with input from around the country, it looks past this president to what we can achieve in 2017 and beyond...

We can complain about it??!! You're the freakin' US Congress-- there's a hell of a lot more you can do than complain. But I get it-- if you're in the party that somehow just nominated a blustering dumpster fire of a con man for the highest office in the land, I can see how you might be feeling a little helpless right now. Or inclined to just fast-forward to next year. It is perhaps a bit of projection that Paul Ryan and his crew have set a goal of a "confident" America, because the Republican Party of Donald Trump certainly isn't looking very confident right now. Blustery, noisy, overcompensatingly bullyish, all laid over a second level of party members who can't decide whether they want to stand for some sort of principle or whether they would support a wet paper bag filled with dog poop as long as it had "Republican" written on the outside-- all that, but not confident.

But hey. "Biggest challenges of our times." That must include education, right? Well, no. The six areas on the website are the economy, health care, poverty, national security, tax reform, and the Constitution.

Now, the GOP has noticed that many US citizens are "stuck." Let's shift over to the more easily-navigable position paper:

The American Dream is the idea that, no matter who you are or where you come from, if you work hard and give it your all, you will succeed. But for too many people today, that’s simply not true. Thirty-four percent of Americans raised in the bottom fifth of the income scale are still stuck there as adults. In fact, the rates at which people move up the ladder of opportunity have stayed remarkably stable over the past several generations.

The paper does mention education by name as an area to address, which was what attracted my attention, because our politicians of both parties can agree on two important things--

2) We should definitely not discuss it in any depth or detail, or maybe even at all. 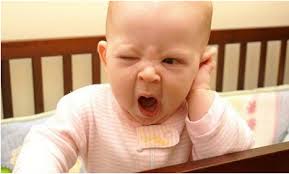 I'm not going to dig down into other areas of the... plan? proposal? PR outline? Short form-- welfare is bad and has made people dependent. Also people who can work should, because the GOP is apparently unaware of the huge number of working poor in this country who have actual jobs and are doing all the right things, but can't make it on our minimum subsistence wages with no benefits.

Anyway, since the GOP is willing to actually talk about education, let's see what they have to say. What are their proposals?

The House GOP is unimpressed by Head Start and wants to fund states to be more efficient in providing these essential pre-K services, but wants to measure effectiveness and not use the DC Big Government metric of measuring how many programs we've got going. Pre-K programs have become the Mom and Apple Pie of education-- everyone is for them, nobody opposes them, and nobody really pays attention when you start talking details. Always an easy win.

Make sure the above-named pre-K services are being researched and stuff. Head Start gains famously disappear by later years. Maybe we should talk to developmental specialists or something. Also there are too many duplicate programs. Get rid of some of those, because needless duplication of programs is wasteful and bad. And let state and local folks decide how to spend money-- not DC. So, choice.

Cooperation between parents, schools, teachers, etc is needed, because ending up in jail is bad. Also, ESSA improves ed services to incarcerated youths. ESSA also helps promote and support school choice, which is really important in saving students from failing schools. Because remember what we said a bullet point ago about the wastefulness of redundant programs? Well, we think the opposite is true when it comes to charter and choice programs. The more redundant school programs, the better. And that DC voucher program? It is the berries [insert bogus stats here]. This is also spiced up with some individual anecdotes, because the best way to write policy is to base it on what happened to this one person.

So remember-- more charter schools will keep students out of jail. Also, there are a bunch of failing schools in this country, and we don't have a clue about how to help them not fail. Also, if you collect all the best students in one school so that their concentration results in a high graduation rate, you can pretend that you have "raised the graduation rate." Like if you have a field of multicolored flowers, and you collect all the yellow flowers and put them in one bucket, you can point at that bucket and say, "Look, we have made the field more yellow."

Add us to the list of people who are figuring out what professional educators (those teachers we never talk to) already knew-- not everyone needs to go to four-year college. A bachelors degree does not meet the needs of every student, nor the needs of the country for a broad and varied workforce. The education system should pay more attention to what employers claim they need (though how our school system can produce more people who will work for $3/hour is unclear).

But hey-- I'm a fan of CTE (which we've never not had in my area), so I support supporting it. Now if the7y could just figure out that there's no reason for the future welders, roofers, hairdressers and machinists of tomorrow to have to pass the PARCC in order to graduate.

The GOP's theory is that college has become too expensive because of federal regulatory excess. Also, there's not enough transparency and parents can't find the information they need to make an informed choice. There are multiple sentences calling for more transparency and less confusion, but none which describe the information that is not readily available. Male-female ratio? Number of fraternities? Square footage of average dorm room? How much the average alumnus makes? Ivy per square foot of brick? It's not clear.

The GOP would also like to see simplified financial aid, which is a challenge because "simple" also means "less flexible in responding to many different individual situations."

Also, more college stuff should just be on line competency-based education stuff. That would make it cheaper! As would getting rid of those onerous federal regulations,though, in a paper filled with many individual anecdotes, the GOP does not offer a single example of an onerous, cost-increasing regulation that colleges deal with. There's a suggestion of reporting requirements as a problem, and a vague part that might be a shot at transexual bathroom directives, but mostly just vagueries about how regulations keep students from learning stuff. Somehow.

Also, there should be "strong accountability and a limited federal role" which-- wait a minute. We are going to enforce rules more strongly but we will be less involved in enforcing them? I understand that this is the opposite of the traditional government approach (We will have a million rules and do a half-assed job of enforcing them) but I still don't see how it works. Stronger accountability, or more federal hands off. One or the other. Don't see how you get both.

School lunch and nutrition programs used to do a great job for America's children, but then Certain People messed it all up with regulations and stuff. We should stop doing that. Be nutritious and flexible. As with many of these programs, the feds should give the states a bunch of money and just let them use it as the think is best.

Annnnnd that is it.

Yup. That's it. That's everything in the House GOP vision for education. In keeping with the trend set by the presumptive Presidential candidates, we will just ignore K-12 education except to say we like charters and choice.

That is the entire House GOP vision for a Better Way for education. An absolutely non-visionary opposite-of-bold proposal that, even with the choice nods, is not going to be very exciting for anyone on any side of the ed debates. It's one more indicator, if we really needed one, that both those of us who advocate for public education and those who push reform-- we are all of us involved in a subject that almost nobody in DC has the interest, understanding or guts to put on a front burner.


Posted by Peter Greene at Thursday, June 09, 2016
Email ThisBlogThis!Share to TwitterShare to FacebookShare to Pinterest