Attacking the Public in Public Education

Many parts of the attack on US public education have not been subtle or hard to detect. The refrain "our schools are failing" has been so steadily repeated for the past few decades that it is now accepted uncritically, independent of any evidence other than "Hey, I keep hearing people say it, so I guess it must be true." Now we hear it just tossed off as an aside, an assumption-- well, of course, public schools aren't any good.

In addition to attacking the reputation and quality of public schools, we've also heard an unending explicit and implicit attacks on the reputation of our nation's teachers. They're dummies with low SAT scores. They have the worst preparation of any college students. We'd be better off giving an ivy league grad five weeks of training and plunking them in a classroom. 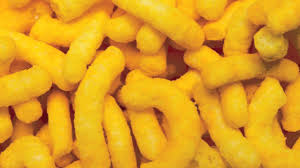 All of these are an attack on the "education" part of "public education," a steady drip, drip, drip that tells us that the system that is supposed to educate is not doing a very good job of educating.

But there has been another steady attack, more subtle but increasingly successful, on the "public" part pf "public education."

The reformster refrain that the money should follow the student is one such attack-- it cuts the public out of the system, removing the voice of any taxpayer who doesn't have a child in school. The whole argument that choice-voucher systems should put all decision-making in the hands of parents makes a foundational assumption that education is not a public good, maintained by the public in the public space in order to deliver benefits to the public. Instead, it re-imagines education as a consumer good, created by a vendor and then handed off to the student while money changes hands. Where education might once have been viewed like air or water or other shared public resources, we're now encouraged to see it like a pizza or a toaster.

We can now start to see some of the side-effects of this view. When a public school is closed these days, it's not necessarily seen as a blow to the community, like the loss of a park or the pollution of a water supply. Instead, it's treated like a store closing, as if we just lost the Taco Bell on the corner, or the local K-Mart was closed up. It's a business decision made by someone who doesn't answer to the community, really pretty much out  of our hands, right?

More troubling, it gets us to a place where the community no longer feels the obligation, the assumption, that it has a responsibility to provide schools.

And so we can see a major school system like that of Erie, Pennsylvania, considering that maybe they should just stop offering high schools at all. Or the governor of New Jersey can suggest that we just spend the identical bare minimum on all students, and if that means that poor kids don't get any real schooling at all. Granted, that move was so outrageous that even longtime Christie apologist Tom Moran condemned it, but still-- to even suggest that we don't really need to bother making sure that we as a community, a state, a nation are getting the job done.

Which is another part of the assault. We don't need to make sure we're providing a public education because those charter schools will do it (maybe, for a while, for some students).

As with all things in public education, this has not happened in a vacuum. As a nation, we have moved steadily away from community responsibility for the public space. We don't want to live next to Those People, and we don't want to pay for their health care or their food or their housing. Politically, we are increasingly united by a belief that some people shouldn't count and torn apart by disagreements about who exactly the not-really-American don't-really-count people are. We want to privatize profit and move risk into the public sector.

Simply put, we don't want to take responsibility for any people except Our Own. You get what you can get, and if you can't get much, well, you should have thought of that before you decided to be poor (or not white).

So it should be no surprise that the most damaging attack on public education has been on the very idea of an education provided by the public for every member of the public, the better to maintain and improve the public space we all share and care for the public resource for which we share responsibility. We have instead been encouraged to think of education as a new couch or a bag of cheese doodles, a commodity that you get access to (or not) depending on the deal that you work out on your own.
Posted by Peter Greene at Thursday, June 23, 2016
Email ThisBlogThis!Share to TwitterShare to FacebookShare to Pinterest