Back to the Children's Table

It was going to be our year. Education-- the issue, the American institution, the highly contested battleground of policy, politics, and pedagogy-- was going to be on the front burner. Presidential politics would be the Big Event, and education was going to be seated at the Big Table.

Lots of folks thought so. Jeb! Bush had spent ages first fine-tuning his education organization as a Florida-based group, and then scaled it up so that he would have a national profile built around his aggressive and forward-thinking reform of public education. He mounted all sorts of clever PR pushes like Learn More Go Further to help push his education cred into the public eye. He even stepped down from running the Foundation for Excellence in Education, which in retrospect is kind of cute-- like a candidate for governor who resigns from his job as watchman at the junkyard because he doesn't want to look like he's getting an unethical advantage. Jeb! was ready to ride the Big Education Wave right to the White House.

Campbell Brown thought it was our year. Her website/advocacy group/hobby business The 74 Million was poised to ride the wave-- education was going to leading the parade down Pennsylvania Avenue and Brown was going to be there waiting for it, staking out the eduterritory so that she could set the proper agenda. She was going to be a king-maker; everyone who wanted to be President would have to talk about education, and everyone who wanted to talk about education would have to talk to her.

And if we're being hones, we can't fault Brown or Bush for what now looks like childlike faith. At one point or another, we all thought that education was set to be a defining issue. And then, poof, it was gone.

On news sites, "education" was no longer a heading-- or if it was still there, it was buried deep. Politicians who thought that Common Core was a guaranteed boffo baby-kissing moment were shocked and horrified to discover that the crowd was rebelling. At first they pushed back (it's just the tin hat crowd) but it became evident that the game was up. Looking back, the Common Core Kerfluffle may have been one of the first clear signs that the GOP was seriously out of touch with their own people. Meanwhile, union leadership kept discovering that they, too, were out of step with membership on issues like Common Core and Arne Duncan (remember when members were all "let's tar and feather him" and leadership was all "oh, give him a break. just give him a stern look and a hug").

So as the great clown car of primary season, politicians started avoiding education as a topic. Brown tried to hold her education candidate summits and got less than half of the GOP candidates and none of the dems to show up, and when she tried to gin up outrage over the no-shows, the crowd yawned.

But in on respect, she wasn't wrong. Nobody was talking about education any more, and when they did, they stuck to the safe stuff-- more pre-K for the babies and cheaper college for the big kids. 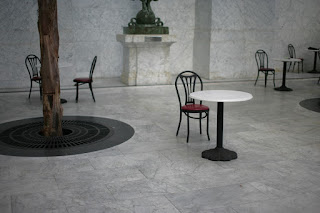 And then. Arne Duncan went away, taking his fifty foot lightning rod and foot-sized mouth with him. Congress managed to actually do their job and pass a new version of the ESEA, erasing No Child Left Behind and Race to the Top/waiverpallooza, and while it was a welcome eight-year-overdue exercise of actual lawmaking, it was also vague and fuzzy and ended a lot of things while leaving the door open for a lot of other things, and the passage of it let a lot of hot air out of a lot of balloons. Suddenly, a lot of peoples' favorite eduproblems to bitch about were off the table.

As the field got narrower, the talk about education became less and less. Trump said he would use federal power to cancel Common Core, because he's an idiot. Clinton said as little as possible, but since her campaign is run by the same guy who used to run the Center for American Progress, we don't need tea leaves to know where she stands; she stands exactly where Obama stood and where Bush stood before him. Sanders occasionally spoke about education, and if we squinted we could convince ourselves that his stated intent to take on the forces of Wall Street and Big Money would put him on a path to oppose privatization of education.

But Sanders is out of it. I just looked at a House GOP roadmap for a brighter tomorrow, and it has nothing of substance to say about education. The GOP's goals look pretty much like the Democratic ideal-- the only difference is whether the states or the feds should drive the bus. But either way, the bus still runs to Test-Driven Public Edville and downtown Charter Town, both located in the heart of Privatizania.

This has been clear, obvious, painfully obvious for months now, but I can't deny the truth any longer. The grown up table is getting set, and there is no seat there for education. Decisions will be made about education, and they will by and large suck for the health of US public education, but they won't be the subject of robust public debate. Nobody is going to bleed or bruise on that hill, let alone fight and die there.

No, for education it is back to the kiddie table off in the corner, where we'll sit with pressing issues like Uruguay's debt, choosing a National Peach Pit Day, and the price of tea in China. The only discussion of public education will be the discussion that those of us who care can force. No matter what happens next, there's no denying the hard truth-- we had better buckle up, hunker down, and gather our strength, because the next four years are going to be dry and ugly. At the children's table, they only serve leftovers.
Posted by Peter Greene at Thursday, June 09, 2016