I've taken a few (hundred) shots at charter schools on this blog, but I've always tried to be clear-- I believe it is possible to do charter schools right, to create a charter school that is not a fraud-running, student-abusing, system-gutting, money-grubbing scam, but which actually serves the needs of students and community and is grounded in actually educating students.

With that in mind, I've been looking at a new piece by Charles Sahm. Sahm is attached to the right-leaning thinky tank the Manhattan Institute, and I've looked (and thrown bricks) at his work before, including a defense of Common Core and an attempt to plug Eva Moskowitz's Success Academy in particular and charters in general. 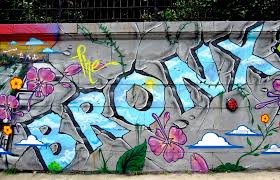 This time Sahm has written a profile of the Icahn Charter School chain of New York City, a chain that he has apparently been following for a while. Bottom line: this chain of schools is not a typical modern charter school.

The "Icahn" is Carl Icahn, one of the roughest, least-beloved corporate raiders of the eighties and currently a Trump supporter. But Icahn also built a 65-unit housing facility for homeless mothers in the Bronx, Icahn House, operated by his foundation the Children's Rescue Fund. Icahn House convinced Icahn and his wife that breaking the cycle of poverty required education. When Governor Pataki signed the New York charter school law, Icahn was first in line. He got ahold of the Center for Education Innovation (once upon a time part of the Mahatttan Institute), one of New York's first charter pushing groups, and their president, Sy Fliegel, put Icahn in touch with Jeff Litt. And that, for me, is where the story gets interesting.


At that time, Litt had spent thirty-ish years in public education, both as a classroom teacher and as a principal of P.S. 67, which he renamed the Mohegan School and where he implemented a full version of Hirsch's Core Knowledge content rich program while turning over most of his staff-- all, apparently, without much official approval. (He also, apparently, spent some time working for the NYC chancellor). "Rigorous and nurturing" were his main principles, and he pushed for content-rich instruction, and was successful enough to attract the attention of people like Fliegel and the Core Knowledge folks:

“We stopped in a classroom where the music teacher was giving a lesson,” Fliegel recounts. “She played Beethoven’s Funeral March, and asked, ‘Who knows why Beethoven included a funeral march in this symphony?’ A little Puerto Rican girl, a 3rd grader, raised her hand and said, ‘Well, Napoleon had declared himself emperor, so Beethoven may have felt that democracy had died.’ After we picked up Don Hirsch off the floor, he declared Mohegan the national urban-center Core Knowledge model.”

Litt's approach seems to have been what Icahn wanted-- he put Litt in charge of the whole business and let him design a school from the ground up. The deal-- Icahn would take care of the capital side of things by writing a check for the building and facilities. Litt would have to operate the school on the per pupil money redirected to him by charter law, which, by every account I can find, is what he's done.

Litt and Icahn Charter have maintained a low profile. Confession-- I received a copy of Sahm's article a few days ahead of time, so I've had time to dig for dirt on the Icahn Charter chain and, well... there's not a lot there. On Charter School Scandals, there's a mention of a non-bid contract, plus over $6K spent on staff parties (including booze), plus bonuses awarded without any clear explanation of for what. That was back in 2010.

Litt won the Brooke Russell Astor Award for unheralded public service in 2014. In 2015, Reason (Free Minds and Free Markets) profiled him with this lead:

The Icahn Charter School network in the South Bronx has been quietly registering extraordinary test results for years, while nurturing its students in an atmosphere of "unconditional love," as its emotive leader, Jeff Litt, puts it.

The Reason profile sets up a dichotomy between Litt and Eva Moskowitz, calling Litt's charter's an example of old school chartering, with Moskowitz representing the new breed. That's probably not an unfair distinction-- Litt opened Icahn Charter's first doors in September of 2001, at the end of the Clinton Presidency. Likewise, Sahm says that Icahn Charters are outliers to the charter movement, sharing some characteristics like a longer day, but differing from modern charters in many significant ways.

Yes, the schools were bankrolled by a corporate guy, in fact, one of the most notorious corporate raiders ever. But he hired an actual experienced educator to run them-- and then let him do it. And this was an educator who already had a vision of what his perfect school would look like.

Yes, the schools do well on the Big Standardized Test-- in fact, the only charters they don't beat are the Success Academy Test Prep Academies Charter Schools. But that doesn't seem to be the be-all and end-all of their system.

Yes, their teaching staff is non-union-- but turnover up until last year is reportedly pretty good. Sahm shared with me that Icahn's numbers show 7-10% attrition from 2012-2014. Even at a possible high of 15% in 2015, that still beats Success Academy's reported rates as high as 50%. Sahm quotes Litt as saying that  “teaching should be a real profession, not something you dabble in for a year or two.” Icahn teachers get their certification before they start teaching there (and who knew that the day would come that this sentence was one that would actually need to be typed).

Yes, their success is undoubtedly due in part to the usual self-selecting charter factor. But Icahn doesn't use the lock-out non-backfill policy popular with some charters and will accept students who have not been indoctrinated into their charter system since the primary grades.

Class sizes are capped at eighteen, making them some of the smallest classes in the City. The chain itself only handles 2,100 students. Nobody associated with the Icahn charter chain seems to spend much time plugging it or trying to attract press coverage. And in the limited press coverage that I could find, I didn't find any dreams of scaling up or presenting themselves as a proof-of-concept for the charter industry. Honestly, it's almost as if they were more interested in educating children than in jump-starting someone's political career or generating increasing return on investment.

Their form of educating children is certainly open for discussion. Content rich education works directly against the Common Core grain, particularly in English studies. The Core wants you to treat reading and writing as a set of context-free skills; the content rich approach is all about a context of knowledge and background and actual information. (Not everyone shares my belief that these approaches are largely incompatible.) Core Knowledge also gets into the question of what chunks of knowledge are really necessary for all humans, and that's a huge argument all by itself. But here's the thing about the Core Knowledge approach-- we can have a discussion about its usefulness in a school without having to use terms like "educational malpractice" or "abuse," which is more than we can say for schools centered around no excuses and test prep.

There are other bits that give me pause. Among their list of "philosophies" we find "On-going student assessment to ensure individualized instruction," which sets off my Competency Based Education sensors. I suppose it could also be harmless, personalized instruction run by live human educators, but it could also be a sign of the computerized CBE monster. And while Sahm has been hanging about the schools for a while now, there still is always the possibility that Icahn just showed him their best face. And, finally, it's a charter, which means under current NY law it's draining public school resources.

Still, even if it's partly illusion and press tour, I have to admit-- real or not, this is a picture of the kind of charter that I could be somewhat less bothered by. Created by a career teacher, based on his vision of education and rooted in his experience, focused more on education than profit or notoriety or scaling up, without claims to having discovered a magical secret of education. Not financed with galas and a stream of investors. Small class size. It's the first portrait of a charter in a long time to make me think I'd like to get a closer look. Feel free to disabuse me of any such notions in the comments section, but at a minimum, it could mean that right in Eva Moskowitz's back yard is an example of how a charter can do just fine without all of her special brand of malpractice.
Posted by Peter Greene at Wednesday, June 08, 2016
Email ThisBlogThis!Share to TwitterShare to FacebookShare to Pinterest