Here's an article about a familiar topic in education-- "Why Teachers Are Leaving the Classroom, and the Effort To Get More To Stay." True, the topic has been hit pretty thoroughly, but one more piece on the topic can't hurt and perhaps this particular website reaches a different audience than-- wait. What?

Yes, this article about the teacher shortage is on LearnED, the website covering News About Learning and operated by Pearson. Yes, that Pearson. The All Your Education Business Are Belong To Us Pearson.

So. What does Pearson know about the teacher shortage and how to fix it? Well, strap on your irony impact helmets, boys and girls. This ride is short, but it's designed for maximum psychic whiplash. 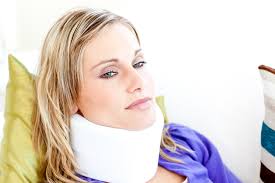 The unnamed writer opens with a close-up on Jahana Hayes, National Teacher of the Year, a woman with a story so inspiring that she could give John King a run for his money. Hayes reminds us that while students are the whole point, "recruiting, supporting and retaining culturally competent and diverse educators cannot be overlooked."

Next up-- Dr. Kathy McKnight, Principal Director of Research at Pearson, Center for Educator Learning and Effectiveness (not this one, but this one). She's a co-author of a December, 2014, report from Pearson entitled Creating Sustainable Teacher Career Pathways: A 21st Century Imperative which is seventy-some pages of history and proposals for some alternate universe. Here's one swell pull quote:

One study concluded that the TFA and Teaching Fellows programs represent two examples of program models for recruiting, selecting, training and supporting teachers that can address teacher shortages in secondary math within high-need schools without decreasing student achievement.

The report also likes the idea of "neo-differentiated roles" and differentiated pay and new career ladders, as well as performance-based compensation (aka merit pay).

Here's what strikes me as weird(er) about this report-- by December of 2014, Pearson had already released, with honcho Michael Barber's personal seal of approval right on it, the big report on the Assessment Renaissance which, among other things, described how teachers would be reduced to educational flight attendants, there to fluff pillows and check on student comfort while students got all their educational content, testing, and personally crafted curriculum straight from the the Pearson-imbued computers.

So does Pearson have entire right hand divisions working on things that the left hand division will render moot? Is part of Pearson set up as a sort of front for the rest of Pearson, to make it look like they are working hard on, say, how to pump up the teaching profession while in the back room, the real Pearson is working on how to make the teaching profession vanish entirely? It's not an idle question-- either Pearson is spectacularly devious or amazingly disorganized and confused.

But I digress. Back to Dr. McKnight and the teacher shortage.

McKnight starts by noting that there is such a thing, and rattles off some states. Is this a bad thing?

“Experts tell us that on average, it takes four to five years for teachers to feel comfortable in the classroom and to become proficient in their teaching,” says Dr. Kathy McKnight, Principal Director of Research at Pearson. “We’re also seeing 40- to 50-percent of new teachers leaving the profession before they get to that five-year mark.”

Probably ought to pass this news along to all the people who think that the most pressing problem in education is that it's too hard to fire older teachers.

But does McKnight have any idea why teachers are leaving in droves? She does, and I want you to check to make sure that helmet is on tight before you read this next quote that comes, I will remind you, from a Director of Research of Pearson being cited on a Pearson website:

Over-managed? You mean, like entire educational systems and programs designed by a textbook and test manufacturer to be teacher-proof so that any semi-sentient being can unbox the program and just follow the directions? Voiceless, as in being turned into a cog in a machine designed by a large, faceless corporation that is busily consuming the entire ed biz for the benefit of their own bottom line? And never mind how much I'm rewarded for my expertise (because, no, merit pay doesn't work)-- it would be an exciting day if my expertise were consulted or considered rather than ignored by a corporation that sends salespeople out to tell me how to do my job, as if I'm too dull and thick to know how to use a text book or a computer program.

Research from the Organization for Economic Co-operation and Development shows that a large percent of American teachers, compared to those in other countries, feel like their profession is not valued by the public.

Gee, thanks, nameless Pearson website writer. Does this mean that Pearson will stop sending lobbyists to capital buildings to tell elected representatives that those elected officials need not talk to real teachers when they have access to folks from a huge multinational education corporation? Does that mean I can expect Pearson to take back its support for TFA, with its minimal training and "anybody can be a teacher" ethics?

McKnight has some thoughts about how to retain teachers. These thought harken back to the career ladder idea and boil down to "We can hold onto teachers by making them not-teachers. Curriculum directors, or tech specialists, or do research or work with policy makers."

New generations will also bring new definitions of teaching. Young people who only teach for a few years and leave. Old folks who have finished one career and might want to try teaching. Well, now at least I'm hearing from the Pearson that I recognize. Let's get more short-timers in here so that schools can waste less money on personnel costs. Maybe the psychic whiplash part of the ride is over and-- uh-oh

“I think about my own profession as a researcher,” Kathy says. “I love doing what I do. I feel like it’s valued by my colleagues. I have an expertise that people need. People trust me to do good work. Why would we think teachers wouldn’t want the same?”

Yes, that would be a completely sensible thing to say-- were it not coming from a corporation that has done its best to squash teacher voice and create an educational system in which teachers are an easily replaced appendage, a cog that simply turns in its prescribed tiny circle on command.

People trust you to do good work? That's great. That's how it should be. But as a teacher, I find that the educational-industrial complex, in which Pearson is the 800 pound gorilla, doesn't trust me to do a damned thing, and is mostly busy coming up with ways to make me irrelevant and unnecessary.

I can't decide whether this little limb of Pearson is simply cluelessly wrapped in the comforting embrace of deep-seated cognitive dissonance, or whether they are trying to gaslight the rest of us. Either way, this little piece of Pearson puffery has made irony so tired that it has to go lie down for an all-day nap.
Posted by Peter Greene at Sunday, June 05, 2016