I'm not honestly sure what to make of this one, but this bill has actually passed in the PA House, so we should probably pay a little bit of attention. It deals with online learning, so that demands attention as well.

House Bill 1915 doesn't even have a snappy name, but its purpose is to establish the Online Course Clearinghouse.

The bill was put out there by Rep. Jason Ortitay (R) who indicated that its purpose was "to establish a central repository of online courses accessible to public schools, nonpublic schools, home education programs, and the general public." It was presented back in March, and if we take a trip through the text, we find that it's about, well, setting up a clearinghouse of online courses. The PA Department of Ed is supposed to set it up, and companies or whoever that produce the courses will pay up to $75 to "apply" to have their course listed (there's also a fine of up to $1000 if they turn out to have lied about the course's swellness).

There will be an online catalog of available courses, and you'll be able to buy the course for your school district or charter or home school or whatever through the site. Oh, and it will have reviews and ratings of the courses, just like Amazon. By 2021, the department is required to produce a report showing how many students used how many of the online courses. School systems can still make their own courses or find and purchase them on their own, and nothing in the bill should be construed to mean that students must take these courses.

Oh, and the courses should mostly be focused on stuff related to Keystone exams (our PA version of the Big Standardized Test, which currently inspires so little confidence that legislators recently postponed-- again-- the year in which Keystones will become graduation requirements).

The bill's main sponsor was Rep. Jason Ortitay, who is currently in his second year as a legislator. Before that he was a businessman (President of Jason's Cheesecake Company). Ortitay won an upset victory over Democrat Jesse White. White lost either because A) he got caught using sock puppets on line to attack constituents or B) because he crossed the Marcellus Shale industry, which has reportedly been investing heavily in southwestern PA politics. White himself was an upstart back in 2006 when he rode the statewide wave of anger about that time our wacky legislators voted themselves a pay raise in the middle of the night.
In Pennsylvania, we're not nearly at good as voting people as we are at voting them out.

So why is Ortitay, a legislative non-entity whose life experience is selling cheesecake-- why is this guy making a move to create something so useless?

I mean, would the state need to set up a special listing of textbooks? If you are an actual vendor of online courses, why do you need this? Why do you need the state to be a go-between when its far more effective to send your people out there to sell directly to school systems? What are the chances that a school district will say, "We need to find some online coursework for our school. Let's ask the bureaucrats in Harrisburg which ones they think are acceptable." More than anything else this reminds me of the states online "library" of lesson plans, a patchwork cobble-job consulted by pretty much zero actual teachers in the state because we all know far better places to find teaching materials. This seems like a service that literally nobody, vendor or customer, will use. 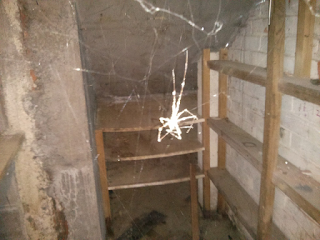 But Ortitay proposed this thing and GOP representatives lined up behind it and democrats lined up against it, and so far I can't find anybody who knows why anyone cares or anyone should.

Ortitay's language in plugging the bill doesn't sound exactly like a cheesecake king:

The demand for customized, digital learning opportunities has also intensified in K-12 education, and many schools, including those in Pennsylvania, have become more innovative and forward-thinking in delivering instruction to students so that they can be competitive in college and careers in the 21st Century.   I believe that the online course clearinghouse created by this legislation will provide an additional tool to our educators and schools to help meet this goal by leveraging existing technology to provide students with the opportunity to pursue coursework which is best-suited to their individual needs, and which might not otherwise be available.

He also says that the bill will further innovation by "allowing, but not requiring, schools to utilize courses made available through a school entity, the clearinghouse, or any other source." Which-- again, scratching my head here? Were PA schools not allowed to offer cyber course before? Because I'm pretty sure we've been doing it for at least a decade.

So, a lot of buzzwords and baloney, but nothing of substance to raise the blood pressure of people on any side of the public education debates. However, if anybody is looking for an example of government waste (of time, money, attention, and legislative hemhawing), I think we've got a candidate right here. This smells like a big nothing sandwich.