The Truth Behind Grit

In 1955, researchers Emmy Werner and Ruth Smith approached every family on Kauai, HI, who had a child that year. 698 families said yes, beginning one of the longest studies of childhood development and childhood adversity ever conducted.

The study is featured in a fascinating article at Mosaic Science by Lucy Maddox. The piece never uses the word "grit," but it looks at the question of resilience and why some children have it, and some do not. The implications for education are profound and deep. The article is long and thorough, and I recommend you read it. But let me draw out some of the major implications of this work. 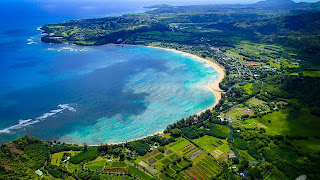 The study began with the parents and then followed the children. The researchers split the children into two groups-- roughly two thirds of them were considered to have little risk of problems, while one third were considered high-risk children, living with poverty, "family discord," or illness. The researchers started with the assumption that the low risk children would mostly do just fine, and the high risk children would not. And that was mostly true. Mostly.

But one third of the high risk children actually did just fine. As Maddox puts it, "They developed into competent, confident and caring individuals, without significant problems in adult life." The question of why became one of the focuses of the study, and it brings up the central question of Maddox's article-- why do some children do well despite adversity?

The study is still ongoing today; the current principal researcher Lali McDCubbon is actually the daughter of someone who worked with the original pair. Because of her own family history, she is particularly interested in the question of how intergenerational risk factors or trauma can become intergenerational resilience. There are certainly limits to a study like this-- these subjects literally grew up in another era, and in an exceptionally non-urban environment, and most uniquely, Hawaii was not even a US state when the subjects were born. But I still believe that the results are powerful and worth our attention (and as Maddox notes, not out of line with other research).

The answers from the research are complex, but some clear patterns emerge:

Overall, the third of “high-risk” children who showed resilience tended to have grown up in families of four children or fewer, with two years or more between them and their siblings, few prolonged separations from their primary caregiver, and a close bond with at least one caregiver. They tended to be described positively as infants, with adjectives such as “active”, “cuddly” or “alert”, and they had friends at school and emotional support outside of their families. Those who did better also tended to have more extracurricular activities and, if female, to avoid pregnancy until after their teenage years.

But frequently the researchers saw that people could turn things around, that someone who was having trouble at age 20 could be doing great at age 30.

And whether it was a high-risk child who showed resilience from the beginning, or one who turned their life around later, the critical element was basically the same.

Maybe with a larger group, maybe with just one important person. But McCubbin says that "one person can make a big difference."

Personal story. Back when I was going through divorce, I worried about my children, and I tried to see what the difference was between my students who were carrying bad baggage from their parents' divorce and those that had bounced back and carried on. What I decided, in my unscientific way, was that the most damaging thing for children in divorce was the discovery that a parent valued something -- money, freedom, revenge, a new partner, etc-- more than they valued their own child. When a parent conveyed, "This is hard, but you, my child, are still one of the most important things in my life," the child seems to manage. But to find out that you really aren't all that important to your parent compared to Other Stuff-- that seems hard to bounce back from.

Maddox digs into other research of resilience. In particular she looks at the Romanian orphans of 1990, the many sad and desperate conditions in which they were found with the fall of Nicolae Ceausescu's government. Michael Rutter of King's College was asked to go study what happened next, and he was surprised by some of the results, including how quickly some of the orphans who were quickly adopted bounced back. His observations about resilience are important:

Rutter sees this resilience in the face of adversity as a dynamic process: “Resilience initially was talked about as if it were a trait, and it’s become clear that’s quite the wrong way of looking at it,” he says. “It’s a process, it’s not a thing.

And as Maddox says later in the piece, "The idea of resilience as an adaptive process rather than an individual trait opens up the potential for other people to be involved in that process."

There's much more in the article, including a look at some of the brain science. But what leaps out most for me is the emphasis on relationship and process. Fans of grit encourage us to think of it as a quality that children have or don't, like blond hair or big hands, which in turn means that when a child falls victim to their circumstances or environment or whatever else has put them at risk, all we can do is stand around and shake our heads and say sadly, "If only she had had more grit." It fits nicely with the idea that people who are deserving, better people, will rise to the top and people who don't, won't.

It is the same lesson over and over and over again-- we rise or fall not simply because we are in some permanent state of deserving to do so which is magically rewarded by the universe, but because of our relationships, which are dynamic changing moving processes. Which means we are not meant to be bystanders, simply watching the universe magically dole out rough justice. We are, each of us, half of a relationship, part of a dynamic process that may be waiting to be born. We can reach out, or not. We can help, or not. But someone else's failure is really our failure, because we are each someone else's grit, waiting to come to life. That's the truth behind grit.


Posted by Peter Greene at Sunday, June 26, 2016
Email ThisBlogThis!Share to TwitterShare to FacebookShare to Pinterest