Every few years the ACT folks unleash a big ole survey to find out what's actually going on Out There in the world of school stuff. This year's survey drew at least 2,000 respondents each from elementary and secondary schools, as well as college and workplace respondents. The whole package is eighty-eight pages, and I've read it, and while you don't have to, you might still want to. There are several themes that emerge, but the big one is pretty simple--

Common Core is a bust. 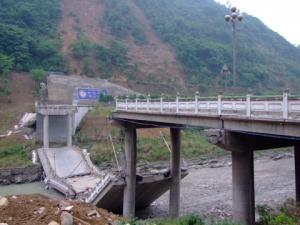 Not news, I know. But still always comforting to see further confirmation. Let's break this report down section by section and see what we've got.

We're going to skip over this. The ACT folks would like you to know all the clever things they do to develop their test, and that's swell, but since we're just learning what a mess David Coleman's SAT is, the ACT can look like the top of the test biz just by saying, "We actually check to see if our test items are any good, and when people ask us how we came up with the test, we don't just make shit up." So let's call this a gimme and move on for now.

First, turns out that everybody thinks you should be able to do lots of different types of writing for different audiences and purposes. Respondents emphasized the importance of audience for writing:

College instructors agreed that entering students must be able to “write for specific audiences other than the instructor,” while supervisors rated “tailoring communications to enhance understanding” and “reconciling gaps in understanding” as important to an employee’s success.

Apparently nobody said that students need to be able to write for audiences of minimum-wage test-scorers or essay-scoring software packages.

Respondents in MS, HS and College were asked to choose between four writing tasks-- generating sound ideas for writing, critically analyzing source texts, using language conventions proficiently, and clearly summarizing other authors' ideas. Middle school teachers ranked the four about even. High school teachers leaned heavily toward the Common Core-beloved analysis of source texts. College instructors, however, were not very interested in that, but were hugely interested in the generating sound ideas portion. So, huge miss-match between what CCSS says we're supposed to lean on and what colleges value.

And given that Big Standardized Tests give next-to-zero attention  to generating ideas, they, too, are pushing us in exactly the wrong direction.

Everyone agrees that reading skills are super-important, but colleges say that entering freshmen do not have those skills. So the huge whomping emphasis that K-12 has been putting on teaching students how to score well on standardized reading tests has not translated into reading awesomeness. It's almost as if focusing on inauthentic tasks doesn't help with developing authentic skills!

In this section, we see a completely different way in which the Core Standards (or, depending on your state, the Faux Core Fake Rename Standards) are failing.


First, teachers have had a few years to try teaching the Core Standards way and decide, "Well, this is junk." The result, as found by the ACT survey, is that teachers have gone back to doing what they know works. Specifically, ACT asked about some of the K-4 math standards that the Core cut out (to make more room for that depth of study that CCSS was going to usher in) and found that in three cases, 87% of teachers are teaching those standards anyway. I reported this finding to the elementary math teacher that lives in this house with me, and her response was, "Well, duh." Act drily notes "One reason that early elementary school teachers may be teaching these topics is that they recognize the importance of the topics to mathematical competence." Meanwhile, only about half of MS and HS math teacher say that CCSS standards are aligned with college expectations.

Elementary teachers put a lot of emphasis on doing math without calculators. MS and HS teachers do not. College and workplace folks don't think using technology to do mathy things is all that important.

Everybody thinks that being able to explain your work is important. And by everybody, I mean roughly 3/4 of MS and HS math teachers, and about half of college instructors.

STEM education needs work. Among other issues, high school teachers disagree with college instructors and bosses in the workplace about exactly what skills are needed for STEM.

Elementary teachers don't spend much time on science. Huh. Who knew? Oh, that's right-- everybody knew. Because science is not math or reading (aka Not on the BS Test), it-- along with history and gym and art and music-- gets cut so that we have more time for test prep.

Even where science is happening, engineering is getting short shrift.

College instructors report that the students have science skills, but are not ready to succeed in the course. Hard to pin this one down, but the survey suggests that the problem is in skills like study skills and critical thinking. Hold that thought.

Not everyone knows the NGSS, but lots of folks think the standards will affect their course.

Here's where we find out what actual workplace folks think about some of these education issues. This group included, apparently, not just suits in the big offices, but actual supervisors.

When it comes to tech use, employers value basic skills (can you use e-mail) but also value ethical use of information. The majority also report that face-to-face communication is more important than written stuff. Of all the various communication skills, the top rated were

Again, let's notice that some of these are soft skills (look like you know what you're doing).

Although standards are developed to help ensure that all students graduate from high school ready for college and career in English language arts and mathematics, some results of the ACT National Curriculum Survey suggest that some state standards may not reflect college readiness in some aspects.

The ACT is treading lightly-- heck, they helped write the Core Standards-- but remove the softening language, and the message is simple. What we're telling K-12 educators are the important parts of getting college and career ready are not actually what the folks who do college and career say we need. Boy, if only somebody had thought to ask those folks back in 2009 when the Core standards were being written.

They also conclude that there's a lot of calculator use going on, that we really need to talk about what is actually needed for STEM, and that the math standards are a tweaked-on-the-ground mess. And then there's this finding about science, which I find kind of awesome:

Finally, the workplace apparently values a specific set of skills, including some stuff that we're not even talking about at all.

Add this to my ever growing stack of assertions that when reformsters talk about college and career readiness, they are just pulling stuff out of their butt. We don't know that much about what it takes to be college and career ready, and a survey like this one can't give us the entire picture, but it sure can tell us that many of the things being pushed as CACR necessities are, in fact, not.

The Common Core have wasted billions of dollars and years of our time. They are cobbled-together baloney from a gang of hubris-infused amateurs, and the only good news at this point is that they have been beaten around so badly that the name doesn't really mean anything anymore. The bad news is that the name still exists, along with its barely-disguised twin "college and career ready" and while both now mean so many different things that they mean almost nothing, still a great deal of harm is being done in their name.