Time To Speak Up on ESSA Regulations

While the new education law is on the books, it still remains to follow ESSA:The Law with its even-more-important sequel ESSA: The Regulations. It's the body of regulations that determines exactly what the law means, how exactly the law will influence day to day life in Educationland.

So the writing of ESSA regulations is Really Important, and it's an especially big deal this time because Secretary of Education John King has signaled that he would really like to use the regulations to basically re-write the law. This has been a considerable source of conflict between King and members of Congress like Lamar Alexander and John Kline. Congress wrote ESSA with a specific bi-partisan intent to de-power the USED; the USED is doing its damndest to write itself back into power with the regulatory structure.

For instance, although ESSA absolutely acknowledges the right of parents to opt their children out of the Big Standardized Test, the proposed regulations demand that states label any school with more than 5% opt outs a failure, and to punish that "failing" school strictly and severely.

And while ESSA leaves it up to states to develop a rating system for schools, the proposed regulations demand that the rating system be a single grade system, just like Florida's crappy letter grade set up. Both ideas are lousy ones, but the feds are proposing an exceptionally lousy and simplistic system that has already been tried and found useless in several states.

Plus-- and this is a particularly weaselly example-- the law says that schools can be judged on four factors, and that one of those four factors doesn't have to be based on test scores or graduation rates. The proposed regulations say that the state must show research linking the fourth factor to student achievement (aka test score) or graduation rate, basically re-writing the clear intent of the law. 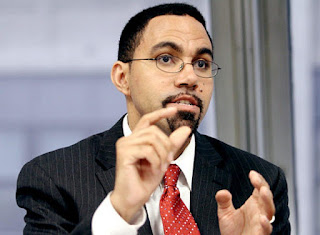 As with any proposed regulations, there is a period for open comments. You can comment on the proposed regulations themselves, and of course, as always, you can send word to your elected reprsentatives. We should all make use of it. Yes, I know-- John King has a history of steadfastly and absolutely ignoring input from parents and teachers, and is right now signalling that he also intends to ignore the input of the elected members of Congress, so he's probably not going to look at the comments section on the regulations, slap his forehead and exclaim, "Now I see it! This changes everything! How could I have been so foolish!!"  But I'm going to comment anyway. Here's why.

First, Congress is armed and ready to fight, and if one of them says, "Hey, show me what your comment section looks like," I want to be sure that Congressperson is greeted and subsequently armed with a stack of spirited opposition.

Second, I don't want King to able to say, "Well, nobody complained, so I guess everyone loves it." The truth doesn't always change the course of events, but that doesn't mean that it shouldn't be out there, front and center and fully visible, maybe for now, maybe for later, but out there.

So here are some things you can do, because the Network for Public Education wants to make this as simple as possible.

You can use this handy Action Network page to send a letter to your own elected representative. You can compose letter(s) of your own if you wish, but if you get word-tied and uncertain, this handy form will do most of the work for you. Remember, Congresspersons often simplify this stuff to the number of letters for and against, so don't worry that your arguments aren't original or clever enough. Just speak up. And do this soon-- King is scheduled to go in front of the Senate on Wednesday.

And also go to the comments page for the regulations, where you can leave your comments and thoughts about the proposed regulations. Not sure what to say, or don't have time to craft something? Once again, NPE has your back. At the bottom of this post I will include NPE's cut-and-paste objections. Simply copy and paste them onto the form, or copy and paste some of them, or copy-paste-and-rewrite what they've got here.

So even if you only have a few minutes today, you have plenty of time to speak up. These are the rules that we are going to have to live by for the foreseeable future (at least until President Trump unleashes the apocalypse), and now is the time to say something. Grumbling in the teachers lounge a year from now won't help, but speaking up today can. Do it.


(for the response website-- cut and paste the text below here, or revise as you wish)

I oppose the following proposed regulations as contrary to the language and spirit of ESSA and because they will impose damaging and overly prescriptive mandates on our public schools.

In each case, the US Department of Education is foisting its own preferences while tying the hands of states, districts, parents, and educators to devise their own accountability systems, as ESSA was supposed to encourage. Specifically:

1. Draft regulation 200.15: This would force states to intervene aggressively and/or fail schools in which more than 5% of students chose not to take the state tests. This violates the provision in ESSA recognizing “a State or local law regarding the decision of a parent to not have the parent’s child participate in the academic assessments”


Recommendation: This regulation should be deleted. States should be able to exercise their right to determine what measures should be taken if students opt out, free of federal intrusion.

The law requires states to create a growth score as an indicator for elementary and middle schools. Secretary King has inserted “based on the reading/language arts and mathematics assessments” into the regulation. This would prevent states from creating their own measures of student learning across the curriculum, based on factors other than standardized test scores.

Recommendation: The language “based on the reading/language arts and mathematics assessments” should be deleted from the regulation so that states have the freedom to devise their own measures of student growth.


The law requires that there be four accountability indicators. The fourth is a school quality indicator that is not based on test scores or graduation rates. States have the freedom to include school climate data, parent engagement, or other factors related to school quality. The proposed regulation insists that such measures prove by research how they are linked to achievement or graduation rates, therefore restricting what states can include.

Recommendation: This regulation should be amended by allowing states to encourage improvements in school climate, safety, engagement, or other factors that may or may not be directly linked to academic achievement, but are important in their own right.


Proposed 200.17 would require that the test scores and graduation rates of any subgroup (such as students with an IEP or disadvantaged students) of at least 30 students be measured for accountability purposes. Both NCLB and the ESSA leave the decision of minimum subgroup size for the states to decide. The regulations argue that group size of 30 is sufficient to provide a fair and reliable rating, but this claim has no basis in research. It should be noted that with a group size of 30, even 2 absent students will push the school below the 95% participation requirement.

Recommendation: The minimum group size should be decided by states, as the law requires, after consultation with researchers, given the high-stakes consequences for schools.

This would require that each school receive a single “summative” grade or rating, derived from combining at least three of the four indicators used to assess its performance.  Yet imposing a single grade on schools has been shown in states and districts across the nation to be overly simplistic, unreliable and unfair, and is nowhere mentioned in the law. This is why it has been severely criticized in Florida, for example, and why NYC has moved away from such a system. The proposed regulations go further and forbid states from boosting a school’s rating if it has made substantial improvement on the 4th or non-academic category.

By doing so, the US Department of Education is again undermining the right of each state to determine its own rating system, and whether it chooses to provide a full or narrow picture of school performance.


Recommendation: DoE should allow states to retain the authority given to them by ESSA to create their own rating systems, and to determine their own weighting of various factors. The federal government should be prevented from requiring that schools be labelled with a single grade, just because that happens to be its own policy preference.
Posted by Peter Greene at Sunday, June 26, 2016