At the end of this seemingly endless week (perhaps it just seems linger because I've spent so little of it sleeping), what I most treasure are people of principle. And I'm going to ask you to do something for me here, because if you get mad and check out in the middle of this piece, you are going to miss the point. 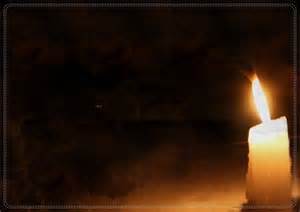 One of the most striking and disappointing things about many Trump supporters has been the speed with which they jettisoned previous convictions. Adultery was a disqualifier, until it wasn't. In the face of tons of evidence of his Christian faith, Obama was endlessly labeled an anti-Christian. Despite the tons of evidence that he worships no God but He, Trump, DJT was excused away as probably an instrument of God. Yesterday's "This man cannot be President" became today's "Yes, Sir, I would love to have a job in your awesome administration!"

Meanwhile, folks from the other side have taken to moves like slut-shaming Melania Trump, because misogyny is okay if the woman really deserves it.

And the pledges. "I will give Trump and the GOP the same cooperation and respect they gave Obama."

And this one, which oddly enough came this week out of a context having nothing to do with the election: "I will treat that person decently when they earn it."

When my children were little, their mother and I repeated one sentiment often-- You treat people with decency and respect because that's the way you're supposed to treat people. You don't treat them well because you think they deserve it-- or rather, they deserve to be treated decently because they are human and alive and here on the planet.

"Use every man after his desert and who should 'scape whipping?" That's from Hamlet. It's a reminder that nobody really deserves to be treated well so, Hamlet goes on, so treat them based on your own ideas of honor and dignity.

And this absolutely positively does NOT mean that you cease taking a stand on principle. I expect and hope that every single time President Trump sets out to do something wrong, a whole chorus of people will stand up and shout "No!" and "Hell, no!" I hope that every stupid policy he tries to implement (and I expect hundreds) will become a difficult slog upstream until he becomes bone weary of trying to inflict stupid things on the American public.

But there is a difference between standing up for a principle and setting out to hurt someone no matter what they do. There is a difference between setting out for justice and setting out for vengeance. Like many endeavors in life, the goal shapes the journey. If our goal is "to make sure they get what's coming to them," our journey goes through some dark places, because ultimately our objective is to hurt other people, and the more we embrace that goal, the more awful things we are willing to do. On the other hand, if our goal is something positive, a principle that stands for something good and right in the world, we can take a lot of punishment  and ignore a lot of temptation on the way.

I think a lot about this in the context of bullying because I teach teenagers and so, bullying. Bullies put target above principle, though they will always have a principle to invoke, no matter how "flexible" their hold on principle may be. Note the guys like Joe Walsh who was ready to "grab his musket" and take to the streets to exercise his First (and Second) Amendment rights-- well, right up until Trump one. Then Walsh was ready to slap down those damn protestors who wouldn't cheerfully accept the results of the perfectly good election. Note that right now, people who do or don't support the ideas behind the Electoral College divide pretty much along the same lines as who supported which candidate.

When we deal with bullying in school, we talk a lot about tolerance, which I think is pretty much the wrong way to go about it. "Tolerance" implies that, well, I know you're wrong and you probably deserve to get punched, but I'm going to hold off on that. This accepts the underlying premise of all bullying-- that there are some people in the world who just deserve to get punched, get hurt, get the suffering that they have coming to them. I'm not a bully-- I'm just the universe's righteous delivery system for the hurt that some people have coming to them.

It gets so complicated-- I have to remember every slight, every misbehavior, and keep a giant list of who has "earned" which kind of treatment from me. It's exhausting, and it can become ridiculous when I am responding to two different people in completely different ways even though they did the same thing, because I have them on different "deserving" lists.

Rather than tolerance, I would prefer to teach principle. If it's wrong to punch a person in the face, that applies to all people and all faces. If it's wrong to tell awful lies about someone, it's always wrong to tell lies about anyone. If all human beings should be treated as if they have value, there is no "except for..." clause. In short, there's no measure of right and wrong that includes who's doing the thing and to whom they are doing it.

Lord knows, my belief in all of this has been hugely tested this week. I have a huge intolerance for willful ignorance, for deliberately trying to NOT understand, for chopping down a forest of comprehension to make fuel for a bonfire of hate. And that's what we've installed in the highest office in the land. As a middle-aged white guy, I will never have the kind of crap directed at me that others get, but some of those others are loved ones of mine, and as a middle-aged white guy who has 'scaped a lot of whipping of my own, I have an obligation to try to get this stuff right.

But I can't walk into my classroom and try to sort out issues by telling my students, "Well, you shouldn't hate these people because you should be hating these other people instead." I have always accepted as one of my premises as a teacher is that no student in my classroom has to earn my respect or my support, and that has over time bled into the rest of my life. But now we have this dark mess. like many folks, I'm just looking for a light to find my way through it.

There is a difference between being a bully against someone and a warrior for something important. The world needs more of the latter; we already have a surplus of the former.
Posted by Peter Greene at Saturday, November 12, 2016