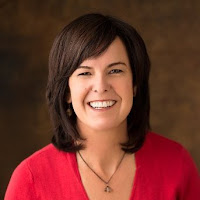 Grant has not done anything in particular to attract my attention. I'm not going to call her out for saying something dopey or take her to task for pushing a particular bad policy. I tripped over Grant while running down some info for a recent piece, and she stuck me as a particularly strong example of the Great Revolving Door at work. Based on her own LinkedIN page, here's Grant's career trajectory.

Grant graduated from the University of Utah in 1985 with a BA in History.

Teacher. From Utah, she went to teach high school and middle school history as well as special ed in public and private schools located in Salt Lake City, Baltimore and Boston. This took her from 1986 through 1994, so eight years. With that many different gigs, she could not have been in one particular teaching job long.

Administrator. Worked as assistant principal, principal and dean of students at both public and private schools in Great Salt Lake area from 1991 to 2001. That would be ten years-- but it overlaps with the years she lists for teaching experience, so I'm not sure what's going on there. Again, there would have to have been multiple different jobs to fit all this in ten years.

William and Flora Hewlett Foundation, consultant. Fourth-wealthiest grant maker in the US. Frequent contributor to reformy causes. She worked here for one year-- 2003-2004.

SRI International, consultant. Outfit that hangs super-tight with Rocketship Academy chain. Research and world-changing. Like Hewlett, located in Menlo Park. As with Hewlett, she worked here one year-- 2004-2005.

US Department of Health and Human Services. Grant takes a shot at government work as an education specialist at the Office of Head Start. Less than a year in 2006.

The Lewin Group, Senior Associate. A health and human services consulting group that, according to Sourcewatch, was purchased in 2007 by the health insurance giant, UnitedHealth Group. Grant worked for them for one year-- 2006-2007.

Senator Patty Murray, education fellow. You will remember Murray most recently as the ranking Democrat on the Senate education comittee, and as such, one of the co-architects of the Every Student Succeeds Act. Grant worked out of Murray's office for four months, from November of 2007 until February of 2008.

American Youth Policy Forum, consultant. Only three months in 2008, but Grant worked for this out fit that calls itself a "nonprofit, nonpartisan professional development organization, provides learning opportunities for policy leaders, practitioners and researchers working on youth and education issues at the national, state, and local levels." So, lobbyists? Funded by Hewlett, Gates, GE and many of the other usual suspects.

Jobs for the Future, senior policy analyst. JFF has a wide reach, with funding from Kellog, Hewlett, Gates et. al, as well as funding from the US Department of Education. According to EWA, these guys develop policy solutions with an eye on college and career readiness, especially on post-high school level. Grant was with them for a year-- 2009-2010.

American Institutes for Research, vice president, education. We have, of course, encountered AIR many times before-- they're the folks who have played AVIS to Pearson's HERTZ all these years, bringing us fine testing products like the SBA. When they landed Grant, they billed her as a former USED policy analyst. Grant worked for them for two years-- 2013-2015.

Jobs for the Future, senior vice president. Grant most recently returned to JFF, where she's now a senior vice-president who is "leading the Building Educational Pathways for Youth and Postsecondary State Policy portfolios."

And that's her professional story so far.

I am not suggesting that Grant is up to anything nefarious. As far as I know, she's a decent person with good motives who is very capable at her job. I'm admittedly unimpressed by her peripatetic life as a teacher at the beginning of her career, but it's not the life for everyone and there could be other factors involved.

But this is the revolving door in action. Sometimes she works for the government, sometimes she works for private industry, and sometimes she works in the mottled thinky tank world that is somewhere in between. I actually came across her while looking at the report on Race To The Top, a report that was produced by some sort of collaboration between public and private folks. This is how we get government by people who slide in and out of public and private worlds, who live in a small village where employers change regularly, but the folks in the village always stick together (and spoiler alert-- the rest of us are not residents of that village). This is how we get people creating policy with one eye on the government and one eye on the private interests that benefit from policy choices. This is how we get people who find it bizarre that anyone (say, a teacher) would want to work at the same job for their entire career.

I don't think people like Elizabeth grant are inherently evil or ill-intentioned. but I do think they live on a completely different planet from the rest of us, cooled by the breeze of an endlessly spinning revolving door.