I am still crawling out of the festering dung hole that is the 2016 Presidential election. There is an awful lot to unpack and learn and understand going forward. But there are good lessons from last night as well: 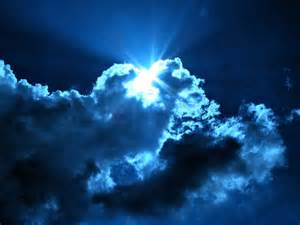 * In Massachusetts, the charter school early Christmas bill that was supposed to open the floodgates to endless charter paydays-- well, that bill was squashed like a bug. Gov. Charlie Baker and his hedge fund buddies invested a ton of money and political capital in the bill, and they lost it all.

* In Georgia, Governor Deal wanted Amendment 1 to pass, letting the charter industry scoop up a handful of schools every year, converting public schools to private businesses financed with public tax dollars. That bill was also defeated, and once again, it was not a matter of just a couple of narrow percentage points.

* In Washington, three state supreme court justices suddenly found themselves facing the deep pockets of Bill Gates and his friends for daring to actually enforce the state constitution instead of sweeping it aside so that charter schools could be allowed to feast. Those judges won their battle.

* In Kansas, Governor Brownback was given a stern and unmistakable (to anybody but Brownback himself) rebuke.

To be sure, not all the local news was good. In Oklahoma, voters told teachers to go suck air.

But there is a lesson in here. What all of these initiatives had in common was the mobilization and hard work of local activists. The amount of work put into the #NoOn2 campaign in Massachusetts is mind-boggling-- folks worked their butts off for that win. But there as in Georgia and Washington and Kansas, the story is that billionaires can be beaten by local folks who organize and work to do it.

We have a long hard slog ahead on the national level (and we knew we would, no matter what happened) and making an impression at the federal level is a degree of difficulty somewhere between shaving a flea and emptying the Mediterranean Ocean with a spoon. But we see again and again-- with organization and commitment, people can make a huge difference on the state and local level.

My thanks and a big hats off to all the people who eked out those victories. It is no small thing to beat back millions of dollars with a smile and a handshake and a phone call and some shoe leather (or whatever is on the bottom of shoes these days). A salute to all who served and found victory in this discouraging and disheartening year. May we all take strength from the few victories that were scored for public education, because we're going to need it.
Posted by Peter Greene at Wednesday, November 09, 2016