People are still trying to unpack what kind of Presidency we have coming up. It suddenly seems so obvious to me that I can't believe I didn't get it before.

I've already made my case that Trump is a kind of naked neo-liberal, as witness by his preference for privatization. 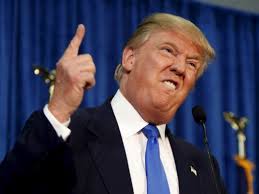 Let's get Betsy DeVos in the Ed Department because her whole adult life has been about turning public education into a private business. Let's propose a public works program, only it will really be a privatizing public works program, in which private corporations can make a bundle by taking over infrastructure like highways. Let's propose health and pension programs that are really about letting private investment companies play with the money that people depend on for their lives. Let's go ahead and privatize everything. Once you see the wind blowing that way, it suddenly becomes obvious what Trump is up to with the office.

Trump is privatizing the Presidency.

I mean, why not? We have gotten used to the idea that previously public services like infrastructure and water and education and the food supply and health care and fire and police departments-- we're totally used to seeing those things handled by private contractors or businesses, primarily for the benefit of those business operators on terms that those private operators negotiate.

So why not the Presidency?

He doesn't want to live in the White House. He doesn't want to take the salary that taxpayers offer for the office. What do those say other than, "I'm a private contractor, a businessman with my own interests. I don't actually work for you guys." [Update: As alert readers pointed out, Trump will actually make money by leasing floors of Trump Tower to the federal security force, in effect privatizing the Presidential residence.]

He will continue to look after his own business interests and profiting in his private enterprises  as a benefit of filling in as a contractor to handle this "President," and he will occasionally do some things that the contracting agency (US Government) would prefer to have done.

This is why so many people remain unexcited by Trump's various behaviors-- we're getting totally used to the idea that there is no such thing as public interests. Just private interests who take on the contract to profit from providing some version of what the public used to expect.

Some people have referred to the election as a hostile takeover, but that's not it at all. We are not going to be living in Trumplandia, but in the United States of America, currently being managed by Trump, Inc.