Is Pre-K A Waste of Time?

There's plenty of research out there wrestling with the eternal question-- does pre-school actually make any difference in the long run?

It's an important question, but it's important to pay attention to exactly how it is being asked, because that little bit of nuance has everything to do with what policymakers think Kindergarten is supposed to look like.

As reported by Brookings, of all places, there's an instructive entry in the pre-K research sweepstakes. This one is from Tennessee, and it says that, no, pre-school doesn't make any difference in the long run. In fact, it might even make things worse. 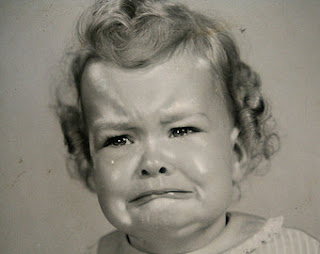 Dale Farran and Mark Lipsey, professors at Vanderbilt’s the Peabody Research Institute, have been following 1076 small children for several years. Over 700 made it via lottery into pre-school. Through various statistical pairing legerdemain, the researchers were able to allegedly compare the progress of similar pre-K and not pre-K students. Hinted in a 2013 "early look" at the research, and more solidly underlined in 2015 "full release," the pre-schoolers not only lost their edge by the end of first grade, but by third grade were actually lagging behind their non-pre-ed peers.

So what the heck happened? The key, as always, is in what you think qualifies as "doing well" in primary grades.

Academic tests? Well, there's your problem. If you think that a good pre-K is one that gets those four year olds ready to do well on a standardized reading test, well, I'm tempted to say that you're an idiot, but let's go with that you have a woefully inadequate grasp of developmentally appropriate learning activities for small children.

Since the first advent of Common Core, developed by folks with no experience or understanding of child development and created by a system of backwards scaffolding ("If we want them to bench press 100 pounds in twelfth grade, then we should start with five-year-olds bench pressing fifty pounds and add four more pounds every year"), we have heard a steady chorus of folks explaining that the expectations for small children are bananas, cruel and wrong. But perhaps the argument that reformsters need to hear is that these early academic expectations just don't work, as witnessed by the Tennessee study. In fact, they opposite-of-work, teaching a whole generation of students from the very first day that school sucks and is boring and miserable and, shockingly, it turns out that tiny humans don't really put their whole heart and soul into sucky boring things.

The signs are everywhere. In Dallas, schools are trying "wiggle chairs" and balance balls so that students can fidget around. Helps their concentration and focus, say some teachers. Well, yes. You know what else would help? Recess and play. This is like cutting out school lunch time, noticing that students are distracted because they are starving, and concluding that the solution is to let them suck on rags soaked in salt water.

"Assessing" tiny humans is hard. Look at this description of a tiny human assessment system from Teaching Strategies, a company that markets TS Gold to early childhood teachers.

TS Gold requires early childhood teachers document how students are performing in 66 individual categories, while kindergarten teachers evaluate their students in 31 categories....To document how students are performing on these points, teachers must either upload a photo, a video, and/or enter anecdotal notes. For a kindergarten teacher with a small class (25 students), that is 2,325 pieces of evidence. Once documentation is done, each student also must be scored.

This is reminiscent of AltSchool, a school created by a Silicon Valley wunderkind that depends on near-continuous child surveillance, captured and collated by the magic IT guy behind the curtain.

There are two unexamined assumptions behind all of this foolishness. One is that education for the littles can only count if it is somehow converted to data that adults can feast on, and the other is that getting a head start on academic achievement and test-taking is more important than getting a head start on being a human being.

What is most frightening to me about all of this is that tiny humans do not have the adult compartmentalization skill of separating work or school from the actual world. To tiny humans, school and pre-school are the world, and if we teach them early on that the world is a miserable place filled with drudgery and soul-numbing pointless activities-- well, that doesn't lay much of a foundation for a happy, healthy future, does it.

How many sources and studies would you like to read showing that children need play? Here's the first one that turns up on a google search. Here's an entire website for an entire organization devoted to developmentally appropriate activities for children. It's not like the value of play and running and dirt and any degree of unquantifiable childlike wonder is not already known-- it is known, both in the cold hard scientifically proven way and in the warm mushy whole human heart way.

Universal pre-K continues to be touchy. On the one hand, it is a wide-open field where, unlike the K-12 biz, businesses do not have to sweep aside pre-existing public institutions. Many, many politicians have stepped up for universal pre-K, but then the whole business can take a nasty twist when, as in Massachusetts, citizens decide they would like to tax rich guys in order to pay for the pre-K.

But a debate about pre-school is meaningless without clear statements about what exactly we want to support. A pre-school that is child-centered, developmentally appropriate, and unconcerned about meeting academic benchmarks is an excellent investment and worth providing every tiny human in the US. But a pre-school that is meant to prepare tiny humans for the world of academic-driven, test-centered schooling, or a pre-school that has its success measured in primary grade test scores-- that pre-school really is a waste of time.
Posted by Peter Greene at Thursday, November 03, 2016