Today's new cottage industry is Trumpian predictive activities-- what will he do, what will happen next, what will he decide about My Favorite Issue. This is a bit of a fool's game-- on the one hand, Trump has told us pretty clearly what he's going to do, and on the other hand, this is a man who feels no particular obligation to think about what he says before he speaks or stay true to it once it has been said. Word noises come out of his face and fly off into the ether, to die a sad abandoned orphan's death either sooner or later. As Rick Hess has noted, "There’s no reason to believe that Trump necessarily means what he’s said on any issue. In truth, he seems to regard policy declarations as performance art." 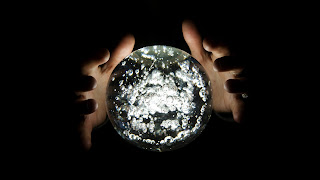 This is particularly true in education, a field about which Trump knows little and apparently cares less. His policy is indeed "murky at best". But it may be worthwhile to look at the predictions. We always knew we were going to have to struggle for public education after the election, no matter how it went. Exactly what struggle might we face?

The wonkisphere has been churning away. In no particular order here are some of their thoughts, and mine.

Is it a contradiction to search for a secretary to head the department that you have occasionally promised to get rid of? Probably, but I suspect we will have ample opportunity to get used to contradictions. Don't call it hypocrisy; you can only be a hypocrite if you actually have some convictions.

Ben Carson's name has been tossed around a bunch. Like much of what is about to happen, this falls into the would-be-hilarious-if-it-weren't-going-to-cause-so-much-real-damage category. But if you want to consider some more flat-out scary possibilities, Politico says that Betsy DeVos and Kevin Chavous have been felt out for the job. DeVos is a rich angry edu-diletante with a heavy conservative streak; her father-in-law founded Amway, and her brother founded Blackwater. Chavous helps run her advocacy group, the American Federation for Children, a dark money group dedicated to school privatization.

Other names are out there (Scott Walker??!!), but at this point creationist Ben Carson is most people's favorite.

This is probably a good moment to note that Trump supporters are about to endure a great deal of disappointment, and that starts now with Trump's abandonment of his pledge to drain the swamp and sweep clean the DC insiders. The New York Times notes that his transition team is loaded with the usual gang of DC lobbyists and influence peddlers.

When you think about it, this is not a surprise. One of Trump's lifelong motivations is to get the respect of the hoity-toity upper-crust insider crowds from DC to Manhattan. Given the chance to make them work for him, call him Mr. Trump, and kiss his ring, what are the odds he will pass that up. He has wanted their admiration and respect his whole life-- it is one prize in this race that his ego cannot pass up. My armchair prediction is that the administration will be a solid mix of sycophantic grifters like Breibart's Steve Bannon and choices from the long list of GOP insiders who jettisoned their personal dignity and principles so they could get on Der Fuhrer's team. Line forms on the left, guys, right behind Christie and Pence.

Because Trump has few convictions, his choices for a team matter. His education transition team includes James Manning, a career bureaucrat who worked in both Bush and Obama administrations; Gerard Robinson, from the free-market-loving American Enterprise Institute; Townsend McNitt, another Bush-era Ed Department suit; and Bill Evers, from the super-conservative Hoover Institute and Margaret Spellings' Ed Department. I have been tweeted enthusiastic endorsements of Evers who has a rep as an anti-Common Core guy, but his career (which includes setting up schools in Iraq back in 2003) is heavily focused on free market schooling.

Mike Petrilli (Fordham) does a good full-length shrug over at Education Next that covers most of the recurring themes. The Obama administration got a lot of mileage out of using the Office of Civil Rights to enforce education policy. It seems safe to say that civil rights issues will not generally be on the Trump front burner.

It also seems a safe bet that a Trump Ed department will have some new ideas about implementing ESSA, which will dovetail nicely with the question of just how long the bipartisan agreement that hatched ESSA will survive under the new hot orange sun.

Common Core? I've addressed that and, as many have noted, the new law puts the power to control the standards out of his hands. Of course, the old law said that the feds can't impose things like the Core on states, and we worked around that just fine.

There's really only one clear policy, and Trump has touted it pretty consistently-- choice, choice, and more choice. Scrap the public schools and open up the market to the people who want to make a buck playing the education game. In Trump's America, everyone is free to choose a good school and good health care, just like everyone is free to stay at the top suites in a Trump hotel. If you can't afford any of those things, well, then, you should try not to be such a poor person, such a loser. If you can't afford Trump Tower (because, for instance, you work there) then there are always nice tent cities outside of town for Your Type.

In fact, I can't think of anyone who has more explicitly articulated the underlying principle of free market charter schooling-- in this world there are winners and losers, and Nice Things (like good schools and health care and shiny cars and hot model wives) are for the winners who can afford them.

The Education Debates have made strange bedfellows out of a lot of folks, and now some of that will change as soon as, well, yesterday. The anti-common core crowd included a mix of right-wing folks and progressives, and as far as the right-leaning folks are concerned, the fight is over and they just won it. Meanwhile, the pro-reformy crowd is split, much like the rest of the conservative world, between people who are happy to be on a winning team no matter what that team looks like and people who are a little afraid to realize that their allies may be scarier than their enemies.

Meanwhile, allegedly Democratic reformsters may need to stop and reassess. What exactly separates the reformy hedge fund managers of DFER from the Trump administration (spoiler alert- absolutely nothing, except that pre-election they never would have accepted his gauche butt at their country clubs). And if there's no policy difference between DFER and the Trump administration, and Democrats have shown themselves to be the least effective and most powerless party in town-- well, is there any reason for DFER to keep pretending that they're Democrats?

There may be some good to come out of Ed Debates under Trump-- for one thing, it's going to be an awful lot harder for anyone to pretend that race is not an issue when it comes to education in this country. But I think we're going to have a short period of confusion and mess while people try to figure out who their real allies are at this point.And that in itself is a reminder that it really helps to focus on what you want to move toward, and not on what you disapprove of.

We'll know what Trump is going to do when he does it. The best use of this time is not to try to read the tea leaves (I know, right? Just wasted a whole post's worth of your time) but to renew focus on and commitment to the values and goals that you want to move toward. Let's catch our breath, our strength, our focus. Let's remember what and who we love. Let's get ready.
Posted by Peter Greene at Friday, November 11, 2016