We can get so focused on the USA aspects of reformsterism that we forget how much privatization is being exported. Take, for instance, the export of some of our worst, most developmentally-inappropriate ideas to schools in Ecuador.

But one of the thriving edu-exports has been the business of selling school-in-a-can t9o nations in Africa. 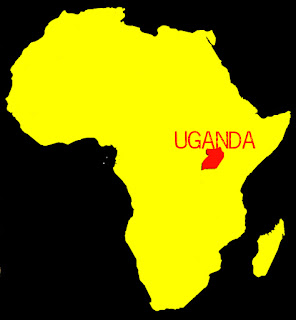 Bridge Academies are one such edu-business, founded by a now-husband-and-wife team back in 2009. Their goal has been a pre-packaged, computer-housed school program that doesn't need actually trained educators to make it work. Here's how NPR described it earlier this year:

The whole system is built around tablets linked to a central server. Content delivery specialists log in, read the script, deliver the lesson. The computer knows exactly where everyone is in the lesson. And the whole business model is aimed to find a way that you can get a little bit of money out of people who have practically none, and still turn a nice profit. It has attracted lots of friendly press and the support of big name venture philanthropists like Bill Gates and Mark Zuckerberg.

They can sling the jargon like the best of them:

The key to Bridge International Academies’ success lies in our vertically-integrated system.   Through it, we have re-engineered the entire lifecycle of basic education, leveraging data, technology, and scale.

It's a model straight out of the, "It's not very good, but it's good enough for those poor, Third World kids" playbook, targeting countries where government education is pretty shaky to begin with.  Except that the government of Uganda has decided that it's not.

As reported by the BBC, Uganda has discovered a variety of problems with Bridge schools. Almost a third of the "teachers," are absent during the week. These same "teachers" are largely unable to pass basic literacy and math tests. Over two thirds of the students do not finish primary education. There are also concerns over sanitation in the school buildings.

The government shut the schools down in July, so Bridge took them to court. And lost. They had been in Uganda for about a year.

Don't feel too bad for them, though. Bridge is still providing its bottom-shelf edu-product in India, Nigeria, Kenya and Liberia. The last is a particularly lucrative opportunity; Bridge was originally positioned to simply take over the nation's school system, though that partnership has morphed a little bit so that there's an intermediary agency and the suggestion that although Bridge is the only "partner" school now, others could theoretically be hired as well.