We've often heard that poor old Common Core was a swell thing that fell victim to bad implementation. But over at EdSource yesterday, Pat Reilly identified a different culprit.

Messages, backed up with data and brought to life through emotive language, are fundamental to changing minds in the 21st century. Yet too often, education advocacy is stopped in its tracks because critical concepts aren’t delivered with a strong message, leaving them misunderstood at best and politicized at worse. 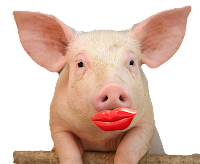 See where we're headed? Common Core was the victim of poorly done PR.

A phrase meaningless on its own, Common Core became an easy target for misinformation because no one invested resources to determine the best terminology to bring the Common Core’s important purpose to life.

Contrast the Core with No Child Left Behind, a combination program title and marketing slogan that encompassed a whole mass of policies and rules under a single roof that was short, pithy, and pre-empted disagreement (Oh, you don't like this. So tell us-- which children exactly do you intend to leave behind?).

But what the heck was Common Core, ever? It was presented as standards, but described (every state will be on the same page) like curricular scope and sequence. It would come hand in hand with tests to show that everyone was on point, right up until the point that tests turned into a kryptonite tar baby and everyone scrambled to claim the tests and the Core were two different things. Maybe, as I speculated years ago, it was an attempt to avoid the NCLB problem of having the whole host of policies hanging in front of the same giant target. "Maybe," said perhaps some policy maven, "if we split up, they won't get all of us."

But Common Core descended like stealth lightning, and after they'd been around a while, a good chunk of the population still had no idea what the hell they were. They became like a new product, marketed as "Stuff." And time only vagued them up worse-- if "Common Core" ever meant anything at all, those days are gone, with the term now being applied to a host of policies and programs that are about different things.

Except, no. Reilly tosses in the old charge of letting policy get politicized, but CCSS was birthed in politics, sold tlhrough political channels, and created with political tools. Politics ran in the Core's blood from Day One.

Reilly calls out other over-academic jargonized reformy baloney, like the "achievement gap" which means any number of different things. Reilly compares the problem to a game of telephone, but I'm not sure that's correct. Language is built to illuminate, reveal, communicate, but the power of language is not always used for good. Language can also be used to hide, to obscure, to bury ugly and alarming images behind a veil of blah-de-blah-blah.

Much of the treat of modern reformsterism is a liberal use of language to hide meaning rather than reveal it, to use language to mean its own opposite, like the impassioned pleas to make teachers "free" of union rules that or the repeated insistence that states created the Core in the first place or the deliberate replacement of the phrase "common core" with the more politically safe "college and career ready standards" or the use of "student achievement" when we actually mean "test scores."

In the end, Reilly calls on ed reform folks to use strategic communications, and this is the part where I reveal that Pat Reilly is the CEO of PR & Company, a PR firm that counts education as one of its "specialties."  So this has been one more shaggy dog advertisement. She's really just trying to sell us something, and the Common Core is still failure because everything about it, from its poorly conceived standards to its top-down central planning approach to unilaterally creating a national curriculum-- everything about it was bad news. Bill Gates and others spent million upon million upon million of dollars to package it, brand it, and sell it. And yet both conceptually and in execution, it is still one of the most monumental failures of our age. No amount of PR or strategic communication would ever have changed that.
Posted by Peter Greene at Thursday, November 03, 2016