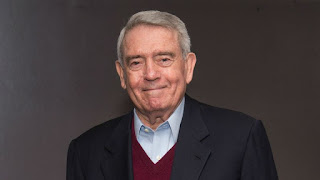 Some disasters hit us with a sudden and unexpected fury like 9/11 or Hurricane Katrina. But some boil beneath the surface wreaking destruction without enough of us paying attention.

If you want to see the hair on the back of my neck stand up in anger ask me about one such disaster - our support for public education.

Please excuse me as I vent for a moment but If you aren't troubled by the state of public education in America - from kindergarten through college - you should be. If you really believe in making America great you should double down on the best investment in our social compact. I regret to say that Donald Trump, his close advisors, and many in Congress seem to be charting a course in the exact opposite direction.

I don't understand why public education has become such a polarizing issue. It wasn't that way when I was growing up or even for much of my life. But take my home state of Texas, where a Republican state legislature has set about to willfully and systematically decimate the state"s schools and public universities with cuts and politicized curricula on issues like history and science.

Now I read today that 70 percent of high school students aren't ready for college. 70 percent! Please check the story below from The Dallas Morning News in which business leaders in low-tax, pro-business Texas say the lack of spending on public schools is a long term recipe for disaster, or as they put it, "not a sustainable model" to keep the economy humming. Shame on anyone who won't listen to reason on this issue. We are living in a world where we need more knowledge of science and math and global cultures but we seem to be losing ground.

We are creating a workforce that's unskilled, ill-trained and ready to lead this country nowhere. The story from Dallas has some wonderful reporting.

But there's another aspect to a poor education that is unfortunately reflected more and more in our country, and that is the rise of hate. It was the noted American author and educator Hellen Keller who said "the highest result of education is tolerance." I might add understanding as well. As the recent election has brought into stark relief, we are quickly coming to the point where we have two different Americas. One educated, and one, not so much. And that growing group of under-educated young people is fertile ground for the rise of an enormous and angry underclass, an underclass that is being recruited heavily by hate groups.

I lay the blame at the doorsteps of state houses across the country. They can't have it both ways. Either pay for a quality education, or be prepared to pay the consequences. We have enough challenges in this country. Why are we creating another one?

(Emphasis all mine) I think I can answer some of your questions.

I'm a public school teacher who's been in the classroom for over 35 years. These past few years, I've devoted a great deal of my time to trying to sort out what exactly is happening to us. What I can tell you is that you are seeing part of the picture-- but only part.

For instance, your "only 70% are ready for college" factoid. As someone who covered the Vietnam War, you should know that all numbers are suspect. This sort of figure has been kicking around for several years now, and as is the case with the article you linked to, that assertion is always based on student scores on standardized tests. The problem? Nobody has ever produced any evidence that a particular test score equals college readiness (and really, how could it? how do you measure college readiness, and is it the same for a future music major at a community college, a physics major at Harvard, and a welding student at a technical school?)

Why declare that our students are failing? Why is education increasingly contentious and polarizing?

Short answer: because the US education sector covers $600 billion worth of activity, and profiteers want a piece of it. Enter disaster capitalism. Because we can't demand a solution if there's no crisis.

So folks who want a slice of the education pie look for crises. Let's come up with figures that show schools are failing is one of the mildest. It's funny you should mention Hurricane Katrina, because ed reform fans like Secretary of Education Arne Duncan greeted Katrina as a "great thing," because it created a crisis to which privatized education was the proposed solution. And in cities where privatizers are not willing to wait, school spending has been dropped so that public schools can collapse (e.g. Philadelphia, Chicago, and Detroit). As you've noted, real dollar school funding has dropped in many states, which has added to many school district's woes..

The privatizing of education (like push behind the military-industrial complex, like the infrastructure crisis, like the drive to privatize health care funding and pension accounts) requires a crisis, some parts real and some parts manufactured, followed by a "solution" of bringing in private interests to get rich on public tax dollars.

And so in public education, we are constantly under attack by folks intent on showing that teachers stink, schools are failing, and the only possible solution is to bring in free market solutions. I would not for one moment contend that all is hunky dory in public education, and it is unquestionably less so every year as more crises are manufactured and jump-started by these folks. Of course we are polarized.

The questions citizens and journalists should be asking in every instance are as follows:

1) Is this crisis real? Is someone playing games with numbers? Did government create this crisis through funding or policy choices?

2) Did we consider all possible solutions, or did we just jump straight to "give a bunch of money to private operators to magically fix this"? Because the fact that we have a problem (and we have many in public education) does not automatically mean that the proposed solution is a real solution.

If you'd like further briefing on what is happening in education, I'd be happy to talk to you myself or to direct you to other folks wiser than I who can further explicate this mess. As you have noticed, "let's take taxpayer dollars and give them to some private contractors to work on this" looks to be a popular "solution" under the Trump administration, and it would benefit us all to look a little more closely at that sort of plan. Yours would be a useful voice to add to the discussion.