You must read this piece of investigative reporting from the Houston Chronicle.

In "Denied:How Texas keeps tens of thousands of children out of special education,"
reporter Brian M. Rosenthal lays out the secret of yet another Texas miracle-- getting special education numbers down by systematically denying support and services to the students who need them.

The bottom line is simple-- and chilling: 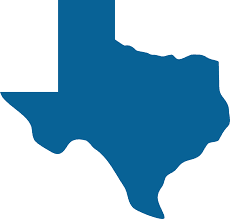 Over a decade ago, the [unelected Texas Education Agency] officials arbitrarily decided what percentage of students should get special education services — 8.5 percent — and since then they have forced school districts to comply by strictly auditing those serving too many kids.

It is a system that has worked remarkably well at getting state expenses down, but as the story of one child denied support and services heartbreakingly lays out, it has not been very successful for the children of Texas. The denial of services has reached every sort of special need students can have, from learning disabilities to speech impediments to orthopedic impairments to visual problems. And it is worst in the cities, where need is arguably highest:

The only one who agreed to speak with the Chronicle, Clayton, said the choice of 8.5 percent was not based on research. Instead, she said, it was driven by the statewide average special education enrollment.

Reminded that the statewide average was nearly 12 percent at the time, Clayton paused.

"Well, it was set at a little bit of a reach," she said. "Any time you set a goal, you want to make it a bit of a reach because you're trying to move the number."

The story strongly suggests that what Texas has done is illegal, but it's worth remembering that its very much in line with thinking of reformsters like Former Secretary of Education Arne Duncan, who argued that students with special needs could be cured of any problems by having teachers with high expectations for them and that the Department of Education has repeatedly taken shots at special education programs while insisting that the Big Standardized Test is one size fits absolutely all.

In other words, what is happening in Texas, as outlined by this story, is absolutely wrong and completely insupportable-- but it is also in line with ongoing federal policies aimed at pushing back against special education.
Posted by Peter Greene at Wednesday, September 28, 2016