The Lesson of Detroit

Last week a group of children in Detroit, Michigan sued the governor, the state board of education, the superintendent of public instruction, the director of technology, management and budget, and the state school reform/redesign officer. 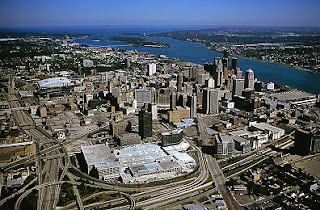 The lawsuit runs over 100 pages, but the table of contents provides a pretty clear outline of the argument:

1) Literacy is a fundamental right
2) The state of Michigan's role in securing educational rights (subheadings: it has one)
3) The failure to provide access to literacy in plaintiffs' schools
4) Failure to deliver evidence-based literacy instruction and intervention programs in plaintiffs' schools
5) Failure to ensure educational conditions necessary to attain literacy (including failure to provide course selection, to maintain a decent physical plant for education, to meet students' needs, to provide a supported and stable staff, and to demand accountability with charter and school closings).
6) The state's failure to implement evidence-based reforms to address literacy

The details and accounts of the state's failure is stunning, almost unimaginable, from a "lake" in a classroom cordoned off with tape to the math classes taught by an eighth grader for a month-- and that's not because nobody was paying attention, but because that was the solution the school came up with for their staffing issue.

A lot of outrage has been expressed as the lawsuit's details have spread, supported by photographs from many sources. Yesterday, columnist Nancy Kaffer tried to explain to Detroit Free Press readers what the suit was about and just how bad things are for the largely African-American student population of the five schools named in the suit. But here's the part of her piece that jumped out at me:

Detroit's traditional public school district (the former Detroit Public Schools, now the newly created Detroit Public Schools Community District) has operated under state oversight for most of the last 16 years. The schools haven't gotten better. Nor have schools removed from the old DPS and placed in the state reform district, the Educational Achievement Authority. Nor have, in aggregate, the charter schools that were supposed to offer parents better options (at the literal expense of traditional public schools) delivered on that promise. The State of Michigan played a strong hand in the creation of this three-part system, and so the suit argues that it is responsible for fixing it.

Michigan has run the entire table of reformster ideas-- takeover of the district, creation of an achievement district, and charter operators brought in to replace the publics. Detroit is now a reformy buffet. Moreover, Detroit should be a beautiful display of how well the various reformster policies work. Except that it isn't, because they don't.

Detroit is a case study in state authorities looking at a system in crisis and saying, "Let's try anything, as long as it doesn't involve actually investing money and resources in the children of Those People." Detroit has been a city in crisis for a while now, and that has allowed leaders to say, "We have a chance to fix education in this city and let some people make good money doing it. And if we can only get one of those things done, well, let's go with the money-making one."

When a crisis happens-- a hurricane hits, the bottom is ripped out of a local economic driver-- that opens up a gaping area of need in a state, officials can respond one of two ways. They can call on people of the state to rally, to provide aid and assistance to the affected communities. Or, they can try to build some sort of firewall between the affected communities and everyone else, try to insure that everyone else is protected from any effects, any cost created by the affected communities. The citizens of a state are like mountain climbers roped together and hanging onto the side of a precipice. When one loses his grip (either because of accident, weather conditions, or because he was pushed), the others can either try to haul him back up, risking trouble themselves, or they can cut the dangler loose. If they're extra cynical, they can sell the dangler an umbrella "to break his fall," and congratulate themselves on having saved him before they cut him loose.

Michigan's leaders have treated the tragedy and decline of Detroit as an opportunity to sell umbrellas. They have stripped poor non-white citizens of democratic processes, of their very voices, while stripping critical systems like education and water for parts. The ship has been sinking and Michigan's leaders have decided to fill the lifeboats with bundles of cash rather than human beings.

Michigan's leaders have had the chance to try just about anything with Detroit schools, and they have tried everything-- except actually trying. They are a rich relatively at the hospital telling the doctors taking care of their sick family member, "Do anything it takes. Well, anything that doesn't cost any more money."

I find it striking that the lawsuit uses the language of reformsters, from "educational rights" to "evidence-based," and I do hope the lawsuit has legs (similar lawsuits have not fared so well in the past). But like New Orleans, Detroit is a reminder that what some reformsters say ("Let's try creative new solutions to provide education") and what they actually do ("Let's avoid spending any money on Those People-- at least not any  that we can't at least recoup as revenue") are two different things.
Posted by Peter Greene at Sunday, September 18, 2016
Email ThisBlogThis!Share to TwitterShare to FacebookShare to Pinterest