The Struggles of Boy Teacher

Dylan Felton is an English teacher in his sixth year, working at Collingswood High School, a public school in Camden*, NJ. Felton aspires to be an "educational leader," which makes his recent piece in the Huffington Post all the more extraordinary.

In "What It's Like Being a Male Teacher," Felton mushes together a couple of separate issues, some of which deserve discussion and some of which make me want to sat, "Oh, Honey."

As a man in that job, I’ve been talked down to, talked over, patronized, condescended, corrected, and otherwise ignored most often by female teachers - I’ve been womansplained. 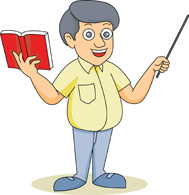 Oh, Honey. As I'm sure many people have told you at this point, womansplaining is not really a thing. It's just not.

Now, there are any number of things that could actually be going on here, and without sitting in CHS, I'm in no position to know what they could be. But here are some possibilities.

1) This is what it can feel like when you are trying to mansplain to others who fail to be properly impressed by your mansplanation. An alternate possibility is that you are not mansplaining, but given your stage in the career, you could be newby-teacher-who-thinks-he-knows-the-secret-of-everything-in-education-splaining (you are clearly too young to be old-fart-splaining).

2) It's more personal than gender-based. Your co-workers just think you're an ass.

3) You are fine, but your co-workers are jerks and the atmosphere of your school is a bit toxic.

And I’m not alone. Many of my male colleagues have reported a similar phenomenon. They’ll be in a meeting with other teachers, sharing an idea, when a female teacher will interrupt them and dismiss what they’re saying with a curt explanation. The mostly-female group will then move on, having forgotten the male teacher’s words.

I am in my thirty-eighth year of teaching and I have literally never seen this ever. Well, I've seen something like it, only with all the genders in this example reversed. But the longer I work, the larger percentage of my co-workers are women. They've always treated me just fine. Okay, there is one person here who has to work on the whole interrupting things and-- oh, wait. That's me. I get excited about whatever thought pops into my head.

But I've never seen a "curt interruption" that wasn't personal. I am reluctant to tell you this, but I think you are getting on some of your co-workers' nerves.

Felton points out that teaching has become a largely female profession, which is a true thing. But he wants you to know that this gender pressure he's feeling is not a "societal thing."

As a husband, my wife and I work hard at sustaining an equitable partnership. With our young daughter, we’re raising her in the absence of Disney princesses because there are lots ofreal female role models for her to emulate, thankyouverymuch. And for me, personally, many of my greatest heroes are actually heroines.

This is just short of "some of my best friends are women." And English teacher to English teacher, I'm going to suggest you be more careful with your introductory modifiers.

Felton's theory is that the larger number of female teachers has created a power imbalance that leads to more splaining and general oppression of Boy Teachers. And he has some thoughts about how to fix the imbalance.

He recognizes that getting more Boy Teachers is an uphill battle, and notes the attitude that women are more nurturing and so better fit the profession, and I will totally chime in on his example of how men pushing a stroller are treated. I can't begin to tell you how tired I got, back in the day, of explaining that no, I was not "babysitting" my children.

He points out that general reformy mess that is adding to the overall teacher shortage is not helping with the Boy Teacher shortage, and he notes that making the field more attractive in general would give employers the opportunity to more actively select Boy Teachers.

And, of course, it’s not just about womansplaining. It’s about the kids. Because students need to see a wide diversity of faces at the front of classrooms. They need different perspectives and backgrounds and role models that show them the full breadth of human life. And that’s something to strive for, too.

This might have been a good place to bring up the matter of racial diversity, too. I have to think that a teacher in Camden* might have noticed that we have a problem there as well.

There are certainly gender-related issues in the teaching biz, not the least of which is that the profession is disrespected by lots of powerful folks who think of it as women's work (and don't think much of women, to boot). And we certainly need more men in classrooms. But mansplaining about womansplaining is definitely not the way to make things better.

*Collingswood is in Camden County, NJ, not Camden city.
Posted by Peter Greene at Thursday, September 01, 2016