The North Carolina Justice Center has just released a study of charter school funding, and if anyone was worried that poor NC charters were not getting sufficient support, they can relax.

"Fair Funding for Charter Schools: Mission Accomplished" comes from Kris Nordstrom. Nordstrom is a NC economist who has worked in government before joining NCJC. He's no anti-charter zealot; witness this quote from a piece about the report:

As regular readers know, I'm in complete disagreement with him on this point-- charters are private schools run with public tax dollars. But I mention this so that it's clear I'm not simply cherry-picking from the work of someone who already agrees with me. 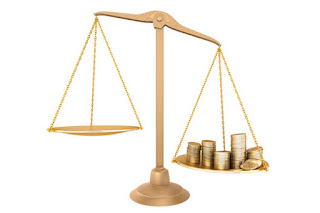 Nordstrom's report has some simple but important findings, but first, he makes this observation about "fairness."

It is worth noting that under both current law and HB 539, the sharing of local funds only flows in one direction: from the school district, to the charter school. Under neither scenario is the charter school required to share local funding – which includes grant funding and private donations – with the traditional public school system.

Yeah, you know, it is worth noting. In fact, that's one more way in which charter schools really aren't public schools at all. But let's get on to the findings.

These findings are important, because charter advocates in NC have been advocating for "fair funding" by making claims such as "On average, our state’s public charter schools get less than 75 cents for every dollar given to traditional public schools." First of all, that's a pretty clear abandonment of the old charter claim that they could spend tax dollars more wisely and efficiently than stupid, bloated public schools.

"We will only spend 75 cents compared to every public school dollar," used to be a proud charter boast. Now it's their sad complaint.

But it turns out that it's also a big fat Thing That Is Not Exactly True.

To put it another way, charter advocates claim they are getting 75% of the local funding that public schools get, when they are actually getting 110%.

There are lots of twists and turns to this data. For one, NC bases payments to charters on the per-pupil spending in the student's district of origin, so there's some averaging and slack in those figures. Nordstrom tries correcting for that and still finds charters spending $40 more per pupil than public schools. His analysis is that charters have a higher population of students from districts with higher-than-average per pupil spending. That would be consistent with the findings that wealthier white parents are using the charter system to get their kids away from Those People's Children

Nordstrom does a few more rounds of number-crunching, concluding that under a truly fair system, charters would owe the public system about $3 million. Probably not going to happen. But his conclusion is pretty clear:

No matter how you cut it, local funding of North Carolina's charter schools looks awfully fair.

And then some.
Posted by Peter Greene at Thursday, September 29, 2016