Center for Ed Reform All In on Privatizing

The Center for Education Reform, Jeanne Allen's charter-and-choice advocacy group, is having a senior moment. Under the breathless headline, "Nation's Most Senior Education Reform Group Relaunches," CER has issued a press release about "its complete refocus on the changing landscape of American education, taking on the most difficult issues that no other national organization is currently pursuing."

Wow! What plucky drive these folks have! This appears to be a follow-up to the manifesto they issued this summer. I waded through the whole thing here, but let me summarize even more succinctly-- 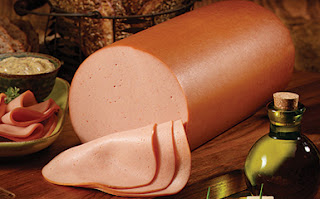 Reformsters have gotten too wimpy and off-message, allowing themselves to be too often engaged by the dupes of the evil teachers' unions, and so now we must have bold and decisive leadership that unashamedly embraces the value of turning education over to corporate control. We must learn a lesson from the fate of the Common Core, struck down in its prime because its defenders did not boldly resist the evil forces arrayed against it (and not at all because it sucked and couldn't deliver any of what it promised).

Coming on the heels of an intensive 8-month review of the organization, the larger education ecosystem and the hundreds of new entrants to the market that have emerged since The Center was founded in 1993, the Center’s board, team and advisors crafted a new theory of change to refocus the intent of education reform toward every student -- no matter their stage in life, where they live, and how they learn. By leading the creation of a new eco-system that has innovators and entrepreneurs at the center of the work, CER will ensure that thousands more thought leaders and millions more people become engaged in new efforts to advance educational excellence.

That is some rich baloney there. There's lots of choice language here, but the key phrase is "eco-system that has innovators and entrepreneurs at the center of the work." Nowhere here is there even a whisper or a hint of respect or care for public education as we know it, the "conventional wisdom" that Allen says she wants people to buck. This is just straight-up corporate privatizing let us take over the whole sector talking now.

This comes with some sort of ill-defined retooling of CER itself, apparently, though what comes out is phrases like "the intensive 360 review of the education reform sector and the Center’s own capabilities has resulted in a novel and impactful new organization and mission." Impactful, huh? Sounds awesome. Maybe a graphic would make all this clearer and plainer:

Okay, maybe that's a little too plain-- I hope nobody was paid much to come up with that graphic. But here's one thing that has clearly changed about CER-- in this press release, someone other than Allen gets to speak:

“Innovation is the pathway to opportunity,” said CER Vice Chair Michael Moe, the co-founder of Global Silicon Valley Advisors (GSV). “Our work must no longer just be about reform, but about results, which can come about from thousands of disrupting innovations and efforts across the world, if we are willing to explore them.”

Allen has chided me in the past for making fun of CER, but honestly, when people insist on writing this kind of obfuscating jorgonesque fluffernuttery, how can one not? As Horation puts it to the rambling and wordy Osric in Hamlet: "Is't not possible to understand in another tongue? You will do't, sir, really."

This is corporate baloney-speak, aimed at the same corporate folks who want so very much to get their hands on public education dollars. As elaborated in their manifesto, CER wants to see the handcuffs and regulations taken off charters, and for a million opportunities to be financed. Allen is sure it is time to just stop pussyfooting around and sweep the damn public schools with their double-damned unions right off the table. I don't know how many folks in the charter-choice camp she's in tune with (probably not the ones saying, "Yeah, okay, maybe we should stomp harder on the rogue fraudsters"), but she should be very happy under the reign of Fuhrer Trump, should that come to pass.

There's really not much that's clear here except that CER is fully behind a privatized school system. In their New Mission statement, they call for "improved economic outcomes for all Americans — particularly our youth," and I guess it's nice that Our Youth made it onto the list at all, but if a man says, "I pledge to make love beautifully and sweetly-- particularly to my wife," I'm not sure his wife would find that very reassuring. When CER calls for "conditions are ripe for innovation, freedom and flexibility throughout U.S. education" they are not talking about improving anything for students. They are talking about creating a better investment climate so that hedge funders and Wall Street titans can more easily make bank on the backs of the education system. I suppose it's nice that CER is clearer than ever about that, but just because someone is clear that they want to do something that's dead wrong, that doesn't mean it isn't dead wrong.
Posted by Peter Greene at Monday, September 26, 2016
Email ThisBlogThis!Share to TwitterShare to FacebookShare to Pinterest