Campbell Brown has decided to add her two cents to the sprawling debate about raising the charter cap in Massachusetts (and really, why not, because lord knows everyone else has added their two cents, or two million dollars).

Brown's argument is the same basic one repeated by other charter school proponents:

1) We should do it for the poor children.
2) Unions suck
3) Boston charters have had amazingly awesome results 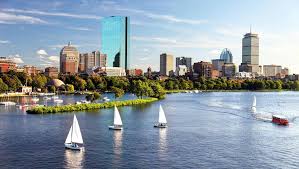 Or as Brown puts it, "Wow. For Madeloni, her union, and their supporters, Boston charters are an extraordinary menace. Not because they are failing poor children of color, but because they are serving them so well. "

Each of these points is problematic. Let's go one at a time.

Do it for the poor children.

Or more accurately, "do it for some poor children, but only if they speak English and are well-behaved."  Massachusetts has, to its credit, one of the best charter reimbursement formulae in the country, which means that sending Chris to a charter school doesn't mean that the ten students who stay in public school don't get totally shafted. Chris's former school still gets almost all of the per-pupil money that left with Chris-- or at least they would if Chapter 46 were fully funded, which it hasn't been for a few years now. But the proposed charter expansion is going to increase education costs for Massachusetts by many, many dollars; those dollars will either come from tax increases (unlikely) or other public education spending (more likely) or just not anywhere at all (also more likely) meaning that the charter tradition of robbing ten poor public school students to pay a charter to educate one poor student remains alive.

If charters want to do it for all the poor children, I'm listening. When you want to build a lifeboat for ten students by cannibalizing the ship that's carrying a thousand, your claim to a moral high ground is in trouble. Also, I am still waiting for charter fans to explain to taxpayers that taxes should go up so that  some few select students can be sent to private school at public expense.

Brown likes the assertion that urban public schools are entirely run by the teachers' union, and that unions only oppose charters because they are trying to preserve their big seat at the public teat.

This argument gets a little fuzzy in Massachusetts because on the one hand, Mass has some of the most successful schools in the nation, but on the other hand, their schools are supposedly crippled by the evil union. The nature of the problem seems flexible, depending on the argument being made.

Of course, charter fans could disarm their evil union opponents easily-- by unionizing their charter schools. If the unions were charter stakeholders,  charter fans would find themselves with powerful allies for fights like this one. Could it be that charter operators find beating and blocking the uunions more important than opening more charters?

The awesomeness of Boston charters

The charter lobby has leaned hard on the notion that Boston charters are exceptionally awesomely awesome. Actually, that's generally all they say, as getting into any sort of evidence of that awesomeness is a little like presenting the evidence of the Loch Ness Monster's existence.

That could be because even the state auditor is unable to get enough legit data from the Department of Elementary and Secondary Education. But when the Boston Foundation did a study to show how awesome their results were, the study instead showed that charters didn't do any better than the public schools at getting students all the way to graduation. Other attempts to crunch charter numbers show that Boston charters are particularly rough on boys; their college graduation numbers for young black men are tiny and unimpressive no matter what you compare them to.

And it's a little surprising that charters don't beat the public system on these numbers, because they do not appear to be matching the demographics of surrounding communities (in particular, avoiding the non-English speaking students). Perhaps it's because the highly restrictive and controlling environment favored by so many schools teaches compliant behavior that is actually bad preparation for college and the world.

So the charters or Massachusetts don't seem to be serving anyone-- not extra-burdened taxpayers, not students, not communities. Well, they serve their investors, the kind of well-heeled rich individuals that can hang with folks like Campbell Brown. The charter sales pitch is founded on baloney and smoke. But Brown is correct-- by trying to destabilize and replace one of the most successful school systems in the country, charter fans have turned the Massachusetts cap battle into a large and important test of the charter biz. Let's hope the right side comes out on top.


Posted by Peter Greene at Tuesday, September 06, 2016
Email ThisBlogThis!Share to TwitterShare to FacebookShare to Pinterest