See, in normal coaching, a principal watches a teacher and then it is hours, or even days, before the teacher gets the feedback. But in real time coaching, the coach directs the teacher through an earpiece, presumably because the technology to simply control her body from a distance does not yet exist.


This piece follows poor second-year teacher Krystal Medina who goes through this process. Perhaps that teacher should talk to Amy Berard, a Massachusetts teacher who has been dragged through this particular corner of ed reform hell, as she wrote at Edushyster.

The students were also perplexed by my new earpiece accessory. "Um, Miss, what’s that in your ear?" they asked. I looked over to the three adults in the far back corner of the room for my scripted answer. "Tell them you are like Tom Brady. Tom Brady wears an earpiece to be coached remotely and so do you," was the response. I never would have said that, and mumbled instead: "But I’m not Tom Brady. No, I’m not Tom Brady." The students, who could hear me, but not what I was hearing through my earpiece, were more confused than ever.

The press were there to watch Remote Control Scripting in action because they had been invited there by Tulsa Public Schools and the company TPS hired to provide this program. It's the same company that put Berard through her paces-- CT3 (The Center for Transformative Teacher Training). They are partners with all the cool kids-- Success Academies, Teach for America, Aspire, and many other charter schools.

CT3 has two co-founders. Co-founder Kristyn Klei Borrero is also CEO. Borrero did at least start out with an education degree from Miami (1995). Borrero was a principal at age 27 and running turnaround charter schools in Oakland and Palo Alto, California. She was also a honcho at Aspire charters in California, the charter chain set up by Don Shalvey (Gates Foundation) and Reed "Elected School Boards Suck" Hastings (Netflix). Aspire is also in the Build Your Own Teachers business.

The other co-founder's name is familiar to most teachers Of A Certain Age. Lee Canter made a name for himself on the professional development circuit with Assertive Discipline, an approach based on taking control of your classroom. But for CT3 Cantor has also developed the No-Nonsense Nurturer program and the Real-Time Coaching model. Both NNN and RTC are registered trademarks, because there's no point in repackaging well-worn materials with a little twist unless you can call it proprietary information. It's a hoot, isn't it, that Jonas Salk never patented the polio vaccine; in fact, when asked about the patent he said, "There is no patent. Could you patent the sun?" Nowadays that would be considered certified crazy person talk. If you develop something people need, of course you patent it and make a mint. And if you "discover" something that is not actually new, you just tweak it a little so that you can patent it. You may not yet be able to get a patent on a pig, but put lipstick on the pig, and you've got yourself a proprietary product. Ka-ching. 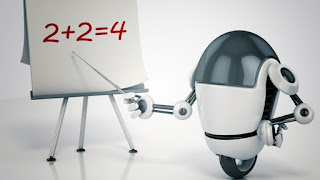 No Nonsense Nurturing has been around forever, but previously we've called it "tough love" or "taking a hard line" or even "acting like an emotionally-withholding, borderline-abusive jerk." I have never seen nor read of an example of it that doesn't make me immediately think "this is no way to treat human beings."

Real-Time Coaching, the part that got all the press attention in Tulsa, is actually Real-Time Scripting, and like scripting, it has no place in a classroom. Ever. No child should ever, ever have a teacher whose answer to, "Why are we doing this?" is "Because the voices in my head tell me to."

The real time nature of the coaching is actually a bug, not a feature. If I'm coaching another teacher, after I've watched the lesson, I'll need at least a few minutes to reflect. In the real time moment, I'm pretty much limited to the instant thought of What I Would Do, or, if I've been trained in a particular method, the One Correct Response to that situation. Either response devalues and dismisses that teacher's own teaching voice.

Borrero defends CT3 practices by saying, "Our programs were developed through careful analysis of high performing teachers’ practices in schools serving traditionally disenfranchised communities across the country; all of our work is rooted in building positive life-altering relationships with youth and their families." But it is hard for me to imagine how Real Time Coaching could possibly help accomplish any such thing.

Standardizing and human behavior is the worst kind of folly. To fit in such a system requires the practitioners to be less themselves, less real, less human. It is a favored dream of people who are too small to comprehend the vast variety of human experience and behavior, too scared to face anything but the narrow sliver of possibilities they feel prepared to master, or too morally impaired to respect the independence and autonomy of other human beings.

Good teaching exists at the intersection of the material, the humanity of the teacher, and the humanity of the students in the room. Additionally, that intersection is influenced by a background of previous experience, current events, and the feelings of the moment. It cannot be standardized any more than a marriage or a child or a pancake or a planet can be standardized. And it can't be attempted because it shouldn't be attempted.

I have no doubt that buried here in there in the real-time scripting and the no-nurturing nonsense, there are occasional nuggets of useful information or technique. But it is saddening to see CT3 still successfully peddling their wares. Nobody needs to teach like a robot.