OR: Oh Noooos!! SBA Results Are In!

Out in Oregon, the Smarter Balanced Assessment results were in this week, and various outlets raised the cry of dismay over the results. But Betsy Hammond at the Oregonian did an outstanding job of capturing everything wrong with SBA fever in her "8 Sobering Takeaways..." piece. 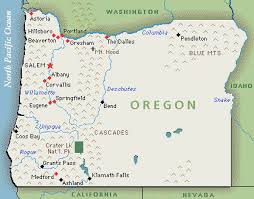 First, she reminds us that "the tests are designed to measure whether students are on track to be ready for college, starting in third grade." I'll remind us that while that may have been the intent, since A) we have no idea how to measure whether or not a nine-year-old is "in track" for college consequently, B) we have no idea whether or not SBA is doing so. It's a patently ridiculous idea-- can a standardized math and science test tell us if that nine-year-old is on track to earn any college degree?

But let's look at those eight sobering takeaways (and may I just add that I wonder, as I always wonder when someone tosses "sobering" into a conversation, what exactly Hammond thinks got us all drunk in the first place?)

1) 53% of Oregonian nine-year-olds aren't "on track" in reading and math. This could prevent them from graduating, because nothing that could possibly happen in the next nine years of their education could alter their destiny. It is set in stone, chiseled there by this single standardized test. One has to wonder if this fits with other statistics in Oregon-- has Oregon routinely been experiencing a mere 50% graduation rate, or does this pack of children represent a particularly low ebb in academic achievement. Id so, what could account for that?

2) The test result gap between students who are wealthy and/or white and students who are not-- well, that just hasn't been fixed yet. It's almost as if all the great reform ideas that have been pushed for the past decade-and-a-half aren't actually doing any good. Or perhaps standardized tests are still produced in a manner that favors wealthy and white students.

3) The worst results are in rural and small town areas, areas that are routinely ignored by policymakers and media, and which are also rough areas for employment prospects. This makes rural Oregon similar to rural America as a whole. Here's a tip-- when you shift systems (like schools or news media) so that instead of their traditional service missions, they are based on making money and turning a profit, those industries will tend to ignore the small markets where there is less money to be made. Perhaps the Oregonian will lead the pack by hiring a brace of reporters to get out there and cover Oregon's rural areas on a regular basis.

4) Latinos are Oregon's largest group, and nobody has done a very good job of teaching them to do well on the Big Standardized Test. It's almost as if the BS Tests are designed to favor students whose native language is English.

5) The Latino issues are actually two of the sobering data points.

6) Schools did not raise proficiency rates "even with another year of experience with Common Core standards and Smarter Balanced testing under their belts." Here's another problem with economic models of education-- we get to thinking that things can just get better every year forever, as if each class of students is somehow smarter than the one before. But the biggest problem here is staring Hammond right in the face. They've been doing Common Core and SBA for years, and things still aren't getting better. What could it be?? Also, I've been beating my television with a hammer for hours, and the picture isn't improving. Maybe I need a bigger hammer...?

7) 5% opt out in Oregon. "Many families see no value in getting test results for their children." In other news, many families believe the sky is blue and that the sun will rise somewhere in the East.

8) "An estimated 40 percent of high school juniors entered their senior year unprepared for the reading and writing demands they will face in college, with an even larger share unprepared in math." Nope. Sorry, state of Oregon, but you absolutely don't know that. First of all, many of your juniors didn't take the test at all, and you have no way of knowing how many who did take the test even tried. Second of all, there is not one teeny tiny miniscule scrap of evidence that SBA results tell you whether or not the student is prepared for the reading, writing and math demands of college. There is absolutely nothing in a standardized test that could measure those capabilities. No way that quickly reading a few disjointed paragraphs and immediately answering some bubble questions will tell you if a student can read, analyze and reflect on the contents of a full college text. No way that the little right-now writing smidges in response to baloney prompts measures a student's capability to write and develop a full scale college paper. Math is outside of my field, but  have no reason to trust you on that one either.

So once again, a state's BS Test results keep the focus in all the wrong places, searching for all the wrong solutions to problems that are not the real problems. Oregon should be figuring out how to better serve its rural and non-white, non-wealthy students-- not trying to figure out how to get better test scores out of those students. Oregon should be trying to help students grow and develop to move toward a future of their own choosing, not pretending to know what the proxy for the formula for success is when officials know no such thing. And Oregon should be helping its students develop the kind of intellectual and mental skills built in the kind of depth and richness and humanity that a standardized test is not equipped to measure.

There's only one sobering takeaway here, and that's that the discussion about education in Oregon still involves a lot of people talking about all the wrong things. The depressing takeaway is that Oregon is not unusual in the nation.
Posted by Peter Greene at Sunday, September 11, 2016