The Gates Plan for College

Some days I feel kind of Rip Van Winklesque, as if I went to sleep and when I woke up the world had changed. Apparently while I was sleeping, the electorate rose up and elected Bill Gates the Grand Uber Head of Education. "Please," a bunch of you non-sleeping people said. "Redesign our entire education system. Redefine what it means to be an educated person, and redefine how a person gets an education. Please do that for us, and now that we've asked you to do this, please never ask us for any input on the subject ever again." 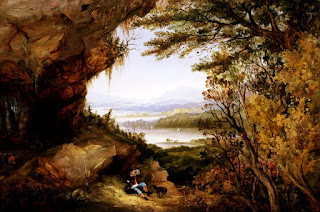 And so we got Common Core and high-stakes testing and Big Data Systems and a whole giant network of astro-turf groups pushing these policy ideas and a decade of corporate dismantling of public education, funded in astonishingly substantial ways by Bill and Melinda Gates.

But apparently while I was sleeping, y'all asked him to do something about redesigning colleges, too.

I'm looking at the most current version of Gates' Postsecondary Success Advocacy Priorities, which is kind of a non-meaning word salad of a title, but I'm thinking what we have here is what The Gates considers the priorities to advocate of in the process of redefining post-secondary success. Yes, I've read it so you don't have to, but if this is the kind of thing you let happen while I'm asleep, we've really got to talk.

Higher education is the bridge to success. Well, it used to be, but now it's a narrow twisty high-priced toll bridge, and that's a problem. Mind you, the cost of that problem is not to the human beings who wanted to cross the bridge:

Rising costs and debt, stubbornly high dropout rates, and persistent attainment gaps threaten higher education’s ability to meet societal and workforce needs. Recent estimates show that the nation will need 11 million more workers with some form of high-quality post-high school education by 2025 than our system is currently on course to produce.

The Gates strategy is "dedicated to building human capital" by leveraging solutions, networks and incentives. So, yeah-- apparently the whole point of post-secondary education is to provide additional vocational training so that young widget-wannabes can grow into useful human capital. That human capital would be mostly poor and first-time post-sec education folks.

The rest of this is going to sound familiar to those of you who have been paying attention to personalized competency based education, credentials, and the cradle-to-career data pipeline.

The paper lays out three areas of emphasis and planning for The Gates.

The stated goal here is "a comprehensive national data infrastructure that enables the secure and consistent collection and reporting of key performance metrics for all students in all institutions." So once again we also have an implied goal of standardization across all institutions (otherwise the key performance metrics won't match) as well as a far-reaching and markedly creepy data system.

The Gates sees this as critical in answering questions like "whether and which colleges offer value."  The system they envisions mandates the linkage of every single private and public entity that collects or holds data about the individual students. The paper is talking about this mainly as a way to measure the value provided by post-secondary school, but that really doesn't make it seem any less creepy, and it doesn't take an even-slightly-paranoid person to imagine how such a database would be useful primarily for corporate employers, who could just order up exactly what they wanted from the Giant Database of Human Capital. Kind of like the creepiest match.com ever.

The Gates highlights some of the steps that have been taken to further this creepy dream (but not the steps that have been thwarted, like inBloom). All that has to happen is the giant data storage structure has to be built and everyone has to be told exactly what data points are to be collected and by what instruments and in what format. Oh, and every college and university has to agree to use the same metrics and system as every other college and university. That should be easy because colleges and universities love giving up their autonomy.

Have you heard? Simply everyone in the country is talking about college affordability. Good thing you all asked The Gates to fix that while I was napping.

The Gates says the feds should make getting aid easier (they think the FAFSA is too hard, complicated and slow). The feds should also make more "resources" (aka "money") available to students to pass on to schools. Also, the aid programs should add incentives for sticking with it, getting the degree, and landing a good job. Which makes me wonder-- don't those things come with built-in incentives? And if they don't, is there a different problem that we should be looking at?

But The Gates wants some outcome-based incentives, and honestly it's a little fuzzy-- it appears we want these for both the school and the students. For the school, there's a real problem with such incentives, because if I'm incentivized to graduate students, then I am also incentivized to not accept students who are iffy in the probably-graduate department, which would actually make it harder to get into college for the kind of first-generation, poverty-background students that The Gates says they're especially concerned about.

.
Meanwhile, The Gates is having its buddies at Research For Action look into the various implications of outcome-based funding. Outcome-based funding is always a bit of a red flag because the natural extension of the idea is the kind of system where students are rewarded for each badge or credential they achieve-- this gets us a system where students are rats in a maze and education is reduced to a series of over-simplified hoop-jumping. But there are plenty of people working on developing just such a system.

Well, now we're back to the world of upside-down reformster language. The problem as The Gates sees it is that college, with its "cafeteria model" course offering creates confusion and leaves students without a clear path. So to get rid of that confusion and provide clarity, why not tell them exactly what they have to do? See? Less choice is more happiness. Making students adhere to a pre-chosen path is student-centered.  Also, freedom is slavery.

This glorious future will be ushered in by Integrated Student Planning and Advising for Student Success (iPASS-- seriously, I didn't make that up). This software will use predictive analytics to help students stay on the right path to the right credential (which is what we keep talking about-- credentials and not degrees).

Also, "many low-income and first-generation students face the hurdle of passing introductory general education courses offered in large lecture halls with hundreds of students." So maybe it would be better if they just took their courses on the computer.

And standardization out the wazoo. Lots of students change schools, so all their credits and courses should be transferable. Also, remediation would go more smoothly if all the high school and college standards were aligned to each other, all across the board.

In summary, only by forcing every future widget onto the same one-size-fits-all pathway can we hope to provide a "student-cenetered" education experience that will best prepare them to be of use to their corporate overlords.

Why, it's a brave new world!

I'll remind you that these special Certificates of Human Capital Usefulness are being directed at first time, low-income post-secondary students. If you are a hopeful person, you'll conclude that's because The Gates wants to lead an action of social justice and economic uplift. If you are somewhat more cynical, you might conclude that folks from the Higher Classes would never allow their children to be subjected to such a system that treats them like easily-shaped widgets while devaluing higher education as nothing more than advanced job training run to benefit corporations rather than human beings. It is yet another redesign of an education sector into one more tool of the Betters class, a tool to shape the worker class into More Useful (and More Easily Used) corporate tools.

The whole thing is enough to make me very tired, but I swear, I'm not going to take another nap until everyone promises not to elect Gates to fix anything else.
Posted by Peter Greene at Saturday, September 24, 2016
Email ThisBlogThis!Share to TwitterShare to FacebookShare to Pinterest