Yesterday out of Texas we have a new version of an old story-- a school that found a creative-ish new way to cheat on the Big Standardized Test.

This is a predictable and, at this point, oft-noted phenomenon. If you take a bunch of numbers and tie them to high stakes, people will look for ways to manipulate those numbers. Which is kind of the point of making those numbers high stakes. But some people will manipulate the numbers with legitimate okay-by-the-rules, and some people will find other ways to do it. If a plant manager is told that everybody's bonus depends on low injury-on-the-job numbers, there are many ways to keep those numbers down, and only some of them have anything to do with making the workplace safer. Refusing to let anyone report injuries will work, too. 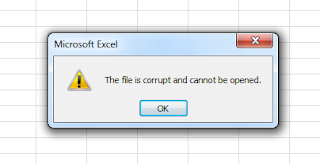 So NCLB ushered in the era of high stakes testing, and within a few years, the cheating began. With 2014 as the deadline to get 100% students above average, American schools were being steadily divided into two groups-- schools that were failing and schools that were cheating. It is of course particularly tempting to cheat when it's impossible to win by legitimate means.

Some cheaters were caught and suffered huge consequences, like the Atlanta teachers who had their lives and careers trashed. Some large cheating scandals, like the one in DC under former honcho She Who Will Not Be Named, don't seem to affect anyone's reputation in the slightest. And those are just the obvious examples. Other schools find less obviously-naughty ways to game the numbers, from the widespread charter practice of pushing out low scoring students (Success Academy got-to-go list, anyone?) to the many public schools that decided to spend less time on education and more time on test prep. Heck, we can go all the way back to the Texas Miracle under future Bush Secretary of Ed Rod Paige was actually a fraud (my personal favorite technique-- holding a potentially low-scoring student back for one year, then leapfrogging two year ahead so that they skipped the testing year entirely).

They just used the data to identify students whose numbers were probably going to be bad on the BS Test. Then they called those families and reminded them that they have the right to opt out of testing. Three dozen parents did so, helping the school skew its numbers a little higher.

The only nice thing you can say on the school's behalf is that nobody has popped up to try to justify this, which is appropriate because not only is straight-up cheating, but it's also using testing data to single students and their families out for not-so-nice special treatment. I have no quarrel with opting out, which is every parents' right and just generally a good idea because there are no useful benefits in the BS Tests. But to target some families like this is very Not Cool.

You will never hear me speak in support of cheating. You will never hear me say that the odious and indefensible BS Tests justify cheating. But while high stakes testing does not justify cheating, it certainly incentivizes it.If you tell your child that you'll give them fifty dollars for a rose, thinking that will encourage said child to start a garden and plant a rose bush and learn how to care for and water it, even though you live in a land frozen tundra-- well, you can't be surprised when your child goes and snags a rose from a greenhouse instead of teaching themselves horticulture.

One of the foundational theories of reformsterism is that rewards and punishment will incentivize the desired behavior in schools. By choosing a bad proxy (BS Test scores standing in for actual student achievement) they've created a system of perverse incentives. This doesn't make cheating okay, but you would have to be an idiot to be surprised that the system spawns cheaters.