His concern, as expressed in a recent piece at Education Next, is hung on the hook of a recent-ish survey by Learning Heroes, a new group sponsored by the same old folks (Gates Foundation, Bloomberg Philanthropies, Helmsley) that has partnered with some other outfits funded by the same people, like Great Schools (funded by Gates, Bloomberg, Helmsley, Walton) to help sell the notion that Big Standardized Testing is Really Important and we should care about it. 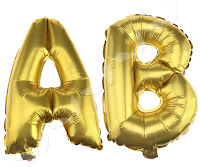 The Learning Heroes survey found that 90 percent of parents believe their child is performing at grade level or better. As you might expect, I don't put a lot of stock in what Learning Heroes have to say, but I can believe that their finding on this point is not far off the mark. Setting aside the construct of "grade level" (as Petrilli also does), I'm not sure that this finding doesn't say more about parental love than parental academic acumen. Sometimes we lose sight of how a poll actually works, but I ask you to imagine for a minute-- a stranger calls you on the phone and asks you to say how smart and accomplished your child is. What do you say? "Yeah, my kids kind of slow and behind," probably isn't it.

But for Petrilli, this feeds into a narrative that reformsters have been pushing for over a decade-- the public schools are lying to parents about what is being accomplished.

Providing a more honest assessment of student performance was one of the goals of the Common Core initiative and the new tests created by states that are meant to align to the new, higher standards.

That's Petrilli's polite way of putting it. Arne Duncan, you will recall, said that white suburban moms were going to be upset to find out their kids weren't as smart as they thought. At one point reformsters were trying to sell us the Honesty Gap, a method of crunching numbers to determine just how much your state education system was lying to you. This has been the recurring narrative-- your teachers, your schools, even your state, has been lying to you about how well your kids are doing, and only federally crafted standards backed up by Big Standardized Tests can tell you the truth.

Pertrilli is no dope; he understands the challenge here for testing industry salespersons

Conscientious parents are constantly getting feedback about the academic performance of their children, almost all of it from teachers. We see worksheets and papers marked up on a daily or weekly basis; we receive report cards every quarter; and of course there’s the annual (or, if we’re lucky, semiannual) parent-teacher conference. If the message from most of these data points is “your kid is doing fine!” then it’s going to be tough for a single “score report” from a distant state test administered months earlier to convince us otherwise. After all, who knows my kid better: his or her teacher, or a faceless test provider?

He dismisses the old test reports as impenetrably complex, and touts instead the new, improved PARCC reports, which a transparent in the sense that one can clearly see that they provide next to zero useful information.  But Petrilli argues that these reports soft-pedal the real results, and that we should look sixth graders in the eye and give them the cold hard truth. Nobody, he says, wants to incite a riot and "tell parents to grab a pitchfork and march down to their school demanding an explanation for lofty-yet-false grades their kids have gotten for years on end," but on the other hand, he says, "maybe they should."

This is the new pitch. Grade inflation. Petrilli has been asking folks to chime in with a possible solution to the grade inflation problem. My response, when asked, is that first I have to be convinced it exists.

Petrilli's basic argument is that grades are high and BS Test scores are low, therefor the grades must be inflated. There are several problems with his assumptions here.

1) He assumes that the Big Standardized Test is an accurate instrument for measuring student achievement. There is virtually no reason at all to believe that is true, and many many reasons, from the narrow focus to the multiple choice approach to the just-plain-lousy questions.

2) Even if we assume that, say, the PARCC is a good, solid, reliable, valid test-- which is a huge ungrounded assumption, but let's play along-- we still have to face the first hurdle, the problem of getting students to take the BS Tests seriously. We repeatedly discover that they do not.

3) Even if we assume that the BS Test is a "good" test and that the students tried their hardest on it, we still don't have any evidence that a good score on the BS Test is an indicator that the student is headed for college success and a good life thereafter. Petrilli touts the "predictive analytics" of Ohio, but all that boils down to is a way to use previous performance on a standardized test to predict future performance on a standardized test. Big whoop. When Taking Standardized Tests becomes a lucrative career option, then we may have something here.

Petrilli wants parents to understand that their kids need to "step it up" and hopes that we see a day when As and Bs are only handed to those who are on track for success. But that opens a whole other question-- are grades supposed to be a predictor of future success or a measure of current achievement?

Well, let's set all that aside for the moment and consider his main issue-- is there grade inflation happening?

My completely unscientific answer is, "Probably maybe in some places." There may well be grade inflation on the lower end of the scale, where teachers may feel pressure to make sure that too many students don't flunk their class (particularly if dealing with the kind of learning support department that demands that students with special needs be passed No Matter What). Schools that practice the business of allowing students to just keep redoing work until they pass might fall under this category, as might schools that use social promotion to move on elementary students for reasons other than academic achievement. The problem in addressing all of these cases is that we have no objective yardstick by which to measure what a student should "really" be receiving as a grade (and as much as reformsters would like PARCC, SBA, etc to be that yardstick, they fail miserably at the task).

It's a complicated problem with no easy answers, made more tricky by the fact that "grade inflation" often occurs through the mechanism of overruling the judgment of the classroom teacher. The whole topic is worthy of discussion.

Meanwhile, there is supreme irony in Petrilli's raising of the issue. We know where the most extreme and notorious grade inflation has occurred over the past few decades-- in colleges and universities. And it has occurred, arguably, because of the unleashing of market forces. College students and their families have come to see themselves as customers and are comfortable declaring, "I didn't give this school $100 grand of my money just to see Junior end up with Cs and Ds in classes that I pay for. Fix it!"

This is, of course, precisely the sort of market force that Petrilli and other charter fans want to unleash in the K-12 world, transforming families into "customers" who must be kept happy if the charter wants to avoid losing revenue. Giving families the ability to "vote with their feet" unleashes the very forces that contribute to and push for grade inflation in schools. Let's add that to the discussion.

Posted by Peter Greene at Wednesday, September 21, 2016
Email ThisBlogThis!Share to TwitterShare to FacebookShare to Pinterest