Senate hearings on Herr Trump's cabinet picks are coming up soon, and you should be calling your Senator. There are many good reasons for opposing Betsy DeVos as a Secretary of Education. 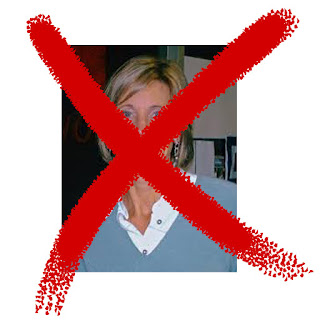 1) No experience with public education.

DeVos's experience is strictly in philanthropic advocacy, a sort of checkbook lobbying that has never required her to work with people with whom she disagrees. As Secretary of Education, she will need to work with governors, congresspersons, and the sprawling USED staff, many of whom are going to disagree with her in matters of policy and philosophy. As a philanthropic advocate, she has been able to surround herself with people who are like-minded and/or beholden to her. That would not be her situation as Secretary; she would have to build coalitions, reach compromise, earne trust and cooperation, and all without the use of her checkbook. One of the great criticisms of Arne Duncan was that he could not play well with Congress, instead insisting on dictating as if he were The Boss. Everything in DeVos's background, including her dismissal of both political parties as failures, suggests that she would be even worse.

DeVos has never run an organization or corporation close to the size of the Department of Education. The department has 5,000 employees and oversees a budget of around $73 billion. Windquest, the energy investment she runs with her husband, has ten employees with revenue around $15 million.Her husband helped fund the 2012 Broadway production Scandalous: The Life and Trials of Aimee Semple McPherson, which closed after twenty-nine days. She was chairwoman of the Michigan Republican Party for four years, and she has been a successful fund-raiser for many GOP candidates, as witnessed by her group American Federation for Children, a group that exists primarily as a funnel for dark money.  But she has never run a company and never managed a business. Given her belief that "government sucks," it seems unlikely that she will be a quick study in how to manage a sprawling government department-- particularly if she has manage some combination of holdovers from previous administrations and newbies just learning the ropes.

4) Vouchers are bad news for everybody.

Whether we are talking about the traditional school vouchers that DeVos has long advocated for, or newer Education Savings Accounts, there is much for both the left and the right to fear. For the left, vouchers represent a financial attack on public schools. The first moment vouchers go into effect, before a single child leaves a public school, millions of tax dollars will go out of the public system and into private schools. For the right, vouchers are a trojan horse. Where government money goes, government regulations follow. Maybe not today-- but some day, inevitably, every school that accepts federal education money will feel the hand of federal regulation.

5) Nobody voted for Jeb Bush or the Common Core

DeVos is a long-time supporter of Jeb Bush and a partner in his Foundation for Excellence in Education, one of the leading think tanks for Common Core promotion. Nobody was fooled when Candidate Jeb tried to disown the Core, and nobody on either the left or the right should be fooled when DeVos does the same. She would have made a great Bush USED pick, but as you may recall, Jeb Bush didn't win much of anything or anyone in his sad Presidential campaign. We didn't elect Bush or his failed education policies-- why should we get a cabinet pick that is just what he would have wanted?

6) Her track record is terrible.

DeVos has used her family's financial muscle to push Detroit schools to try most of her favorite, favored reform ideas, and the result has been a disaster. The big-money reformers have abandoned it, and Doug Harris, who has done extensive research in New Orleans (the other haven for educational disaster capitalism)  where he finds the results of a total charter conversion "impressive"-- that Doug Harris declares DeVosified Detroit an educational disaster area.  DeVos's educational ideas have been field-tested, and they have failed.

Contact your Senator-- by email, letter, or (best of all) phone. Make sure they understand that this is a mistake.

Yes, a candidate who had positives in place of DeVos's negatives could still be a terrible Secretary of Education. There is no guarantee that another candidate with better qualifications would not be terrible; however, someone whose qualification deficit is this large certainly will be terrible.

It is hard to imagine a worse choice than Betsy DeVos. Make sure your Senator hears that, many times.
Posted by Peter Greene at Wednesday, January 04, 2017