Confessions of a Trumpistan Teacher

Look, give me just a few minutes. I need to tell someone.

Well, I screwed up.

Understand, I was on edge. Maria didn't get our cups of espresso out on the veranda until a full minute after she had served the toast, and the toast was already cold. Do you know how hard it is to spread the butter when the toast isn't quite warm enough to melt it? Do you? I mean, seriously, do you, because I don't. I have people for that. But it certainly looked like Maria was having a hard time buttering my toast, and she cut some little divots out when she tried. The toast was edible, but it was bothersome and firing Maria made us a full five minutes behind schedule. 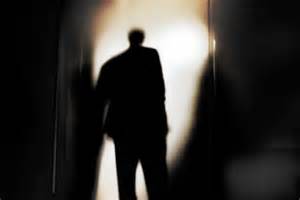 Then, to top it off, Lawrence pulled the Lexus around when I had told him clearly that I wanted the BMW for this morning. I think it's a little more somber, more appropriate for the mood of the day.

Of course, they swore Trump in today as President, and that means the gravy train is over for all of us at East Egg Elementary School and all the other public schools around the country. It's frustrating, and upsetting. Even Wallace gave me a look when he was holding open the door to the teachers' lounge. He almost looked me straight in the eye. Can you imagine? But I guess even a public school teachers' doorman can tell that the winds of change are shifting against us.

You would think Trump would respect us, one wealthy individual to another, but for some reason my vast wealth doesn't get me the respect of the truly elite in this country. I suppose it's that we didn't inherit our vast wealth the way they did. No, we have depend on a vast national conspiracy.

Sure, the NEA and AFT have done a good job of creating this fictional chain of schools, where we pretend to teach children as a cover for receiving stacks of money that our bought-and-paid-for public officials extort from the taxpayers. You would think we'd win respect for the creativity of this scheme, which has involved conning generation after generation of Americans into thinking that education is a real thing and that our country has some sort of obligation to educate all of our children. I tell you, the whole scheme is genius story-telling. And now it looks doomed.

We'd talked about that very subject just last week when all the Democratic elected officials came to their weekly meeting with us. As usual, we were dictating their positions and actions for the coming week, making it clear that they weren't to make a move without consulting us and our union bosses-- but they looked worried. What if Trump came up with some sort of jamming device so that they couldn't get the union signal in their earpieces? How would they know to vote? We tried to reassure them, but it was a scary moment for all of us.

Even Principal Benson looked upset today. At lunchtime, the caviar was not even neatly arranged on the silver lunch platters, and my filet mignon was distinctly a shade too pink. But I didn't have the heart to send it back; I'm sure out in the kitchen they sense that we'll have to let some of the sous chefs go.

I just want you to understand that all of this was weighing on me when I walked into my afternoon fifth grade science class. Some of the students, perhaps sensing weakness on this day of all days, started to ask questions. Migratory patterns of barn swallows. Wingspans of bats. And one little girl-- I think her name is Susie somethingorother-- asked what happens to caterpillars after they spend time in their cocoons, and before I could stop myself, I was explaining to her that the caterpillars emerge from the cocoons as brand new butterflies. And then I saw the look of excitement on her face, and I realized my terrible mistake.

I had allowed a student to acquire some knowledge. And not just any student, but one of the beautiful ones.

It's the most fundamental oath we take when we join the vast union-run government school conspiracy-- whatever you do, make sure that you deprive students of all knowledge (especially the young and beautiful ones-- it's generally allowed to slip a few bits of knowledge to the older and ugly ones).

But I had done it. I had failed to deprive Susie of all knowledge, and now my union bosses will probably call me in for severe criticism, maybe even docking some of my conspirator's pay. Of course it's distressing-- we just put a down payment on another home in the Hamptons (this one has a nicer view). I suppose we can sell off some of the jewelry.

Am I upset? Of course-- I violated my most sacred teacher oath and accidentally taught someone, and we teachers take our oaths to interfere with education just as seriously as doctors take their oath to deny health care.

But now that we live in Trumpistan, under a leader who fully understands what we're up to--well, we fought off the people who tried to prove we are denying students all knowledge by catching us with their tricky and insightful tests. But how will we deal with someone who has such keen insight into how the whole government school scam works as just a front for funneling tax dollars to make union teachers a special rich wing of the Democratic party? Now that Trump and DeVos have found us out and want a piece of the action, can even extra sacrifices to the Dark Lord help?

Collapse? No, no, I'm okay. I look shaky? Maybe I should sit down, but I'm not sick-- I'm just flush with cash.