It is an oft-stated truism-- competition creates excellence.

If you are running a race, you will run faster and harder to beat people who are also running fast. If you are playing football, you will train to be better than the team facing you on the field. It seems sensible. 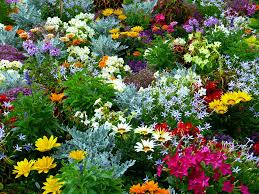 There are some problems with this model just on its face. The people in the front of the pack, the winners, will get stronger perhaps, but the race will also separate out some losers, who will either have to either accept losing as their lot in life. Or they'll figure out ways to cheat. After all, if the definition of winning too narrow, like "being first to cross the finish line"-- well, there are plenty of ways to accomplish that without having to run the whole race faster than anyone else.

If we really believe that every student in America should get to attend a school that's a winner, then a competition that only a few can win seems like a poor model.

But there are other issues. If we make the reward for winning something important like, say, your food, then by losing, racers lose the very thing they need to compete. Competition will make them weak and hungry, the very opposite of breeding excellence.

But competition often does not breed excellence at all-- in fact, it can create the opposite effect.

Consider a market competition this way-- that vendors are competing for the chance to sell their wares. When prime customers are scare, competition favors those who lower their standards-- not those who raise them.

Colleges, for instance. As reformsters often point out while decrying the proliferation of remedial college coursework, colleges have responding to shrinking pol of college prospects by lowering their standards. They have competed for customers by admitting folks who would not have been considered customers at all in an earlier day, and since a college's customers are also part of their process and "product," they've competed by running away from excellence.

Wal-Mart did not conquer the retail world by pursuing excellence. "I want the very best product on the market, so let's go to Wal-Mart," said no consumer ever. Getting the greatest number of customers means lowering the bar as much as possible, both for the products on sale and the customers welcomed through the door.

The very term "exclusive" is associated with high quality. Clubs bill themselves as "exclusive" because everyone hears "selective" and "the best." Private schools and charter schools have long understood that "excellence" is achieved by being careful about who gets in your front door. Other charters have understood that "success" (as in "enriching the bottom line") can be achieved by lowering the bar as you open the front door.

In a system with too few resources, competition eats excellence and spits it out. In a city education ecosystem that contains many charter schools, where there are 200,000 seats for 100,000 students, competition for customers will be fierce, and schools will compete with whatever strength they have. If they can't compete for the academically oriented crowd, they will compete for the folks who want a convenient school or an easy school or a school without Those People in it. They will compete by using creative advertising that ignores the truth. They will worry more and more about getting people in the door and less and less about what is waiting for them inside. And while Wal-Mart can't afford to disappoint customers into never coming back, a school doesn't have repeat customers-- its customer base is always aging out every couple of years.

"Competition creates excellence" only seems true to people used to being in the front of the pack and setting the rules. For everyone else, competition is a reason to game the system, change the rules, move the finish line, or just lower the standards.

The goal of public education is excellence for everyone, but competition produces excellence for only a few, and sometimes not even that. It's a lousy metaphorical framework for education. Better, say, to talk about a garden on which we focus the full resources of the community to plant and water and tend living things to grow and mature without worrying about which one is tallest, sweetest or most vibrantly colored, or how we could best deprive one flower of water so that another can win a greenery contest. Education is not a race, and competition will not improve it.
Posted by Peter Greene at Tuesday, January 24, 2017