The Trump Department of Education continues to shape up as a place that is, perhaps, more about patronage than education.

Today we have word from the Huffington Post that a memo from Jason Botel (another supremely reformy appointment as Senior White House Adviser for Education) that the following folks have been brought into the department: 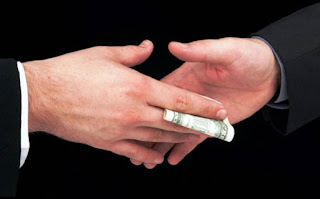 The name that has attracted the most attention is Teresa UnRue, a 2010 grad of the Art Institute of Pittsburgh whose background is graphic design and printing and who served as an advance organizer for the Trump campaign in South Carolina. She's also apparently given to plenty of racist tweeting. She's passed along hi-larious Mexican jokes and a knee-slapping joke about how blacks should stop whining because they aren't slaves any more. Ladies and gentlemen, your new Department of Education.

[Update: Politico reports that UnRue's name has disappeared from the list of new hires. Whatever she was going to do for USED, apparently someone else is taking on that work.]

What about the rest of the list? Well, Dr. Google's work must always be taken with a grain of salt, but here's what I can find this morning.

There's a Derrick Bolen who is a regional field director for the Republican National Committee who graduated from Liberty University in 2016 with a BS in Political Science and Government.

Debbie Cox Roush has already updated her LinkedIN account to show her as Special Assistant to the Secretary of the US Department of Education. Her previous experience is running DCR Creative Solutions of Florida, "an advocacy consulting and events Management Company." She was the Florida State Grassroots Director for the Trump campaign (she previously worked for Rubio). She's been politically active, has not always played well with fellow GOPs, but has little education background at all (Georgetown College, BA in History/Education, 1976).


There's a Kevin Eck who is a professional wrestler who says that Donald Trump is not fit to be in the WWE Hall of Fame. I'm guessing that's not our guy. There are a lot of Kevin Ecks out there.

Holly Ham has also updated her LinkedIn profile. The former Hewlett Packard sales exec and management consultant was a program adviser for the Trump campaign's data operations. Education background? Not so much.

Ron Holden is probably not the Seattle-based R&B singer, but you should totally check him out.

Amy Jones? Another name that's hard to filter down.

Andrew Kossack is straight from the Richard Fairbanks Foundation in Indiana, a money-shuttling service for Indianapolis grant-seekers. Before that, Indiana Department of Revenue commissioner and chief of staff, before that a Deputy Policy Director for the Foundation for Excellence in Education, and before that on the staff of Governor Mike Pence. He did spend about seventeen months in positions with "education" in the title. But his political and reformy connections are clearly strong.

Cody Reynolds. Not sure.

Patrick Shaheen has a Trump-loving twitter account and appears to have ties to New Hampshire, which makes me think he's this guy-- a field director for both the NH Republican State Committee and the Americans for Prosperity. Shaheen has attended many schools on his path toward lawyering, but none have intersected with education.

Josh Venable  helped prepare Betsy DeVos for her hearing after previously trying to help Jeb Bush get elected. He's also a former board member of FEE.

Eric Ventimiglia worked as a legislative aid and constituents relations manager for the Michigan House of Representatives. He graduated from Oakland University with a BA in Poli Sci in 2007.

Beatriz Ramos-- well, there was a travel aide for the Lt. Governor of Florida by that name involved in a briefly salacious scandal. Jerry Ward has a notably common name. Ditto Patrick Young.

I should note that none of the names I couldn't narrow down included people who were noted or accomplished educators.

Mostly what we have here are political operatives being rewarded. Apparently that's the USED mission-- reward folks for their assistance to political leaders.Let's hope that eventually one or two people who actually know about public education sneak in there somewhere.


Posted by Peter Greene at Friday, January 27, 2017
Email ThisBlogThis!Share to TwitterShare to FacebookShare to Pinterest