States are increasingly telling cities what laws they may or may not pass. The most famous example may be North Carolina's HB-2, the notorious law that restricted bathroom access- but also, like laws passed in Alabama and other states, forbid cities to pass laws raising the minimum wage.

State legislatures are taking action to undo the choices of voters. North Carolina's legislature decided they were unhappy about the election for governor, so they stripped power from the office. And just this week, South Dakota's legislature is moving to throw out the law passed by the voters which would establish a host of ethics rules and oversight. 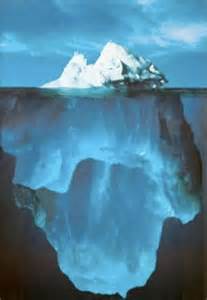 Throughout the nation, government is in the hands of the very rich, who since the advent of Citizens United have unbridled freedom to shop for the legislators who will provide the desired results. When the DeVos family couldn't convince the electorate to pass a voucher law or elect Dick DeVos governor, the billionaire family decided that it was time to just do an end run around the voters. If democratic local voter control won't provide the results you want, just circumvent it.

And what a week it has been. Herr Trump has declared that maybe he should send the feds into Chicago to clean things up. Government agencies, paid for with taxpayer dollars, have been forbidden to speak to those taxpayers. And we're getting a wall, courtesy of an executive order (that curious method by which Presidents get to pretend that they're actually the legislative branch and make laws).

And while Trump's declaration to launch an inquiry into election fraud may be related to a frail and tender ego, it may also make a handy first step toward extending the tools of voter suppression that have been steadily encroaching on voters over the past few years.

Charter schools and choice-- the good, the bad, and the ugly-- are perhaps best understood in the context of the larger erosion of democracy in our country.

There's no reason that charter schools have to be part of this problem. Charter schools can be run by and responsive to local taxpayers and voters. Just up the road from me is a community that lost their local school because the district felt enrollment had dropped too far; the community restarted their school as a charter school, owned, operated and controlled by a local board.

Charter schools do not have to mean the end of local control.

And yet, in the modern charter era, they almost always do. From Philly to Detroit to New Orleans, a signature feature of charter-choice systems is to do away with the local control of an elected board. Replace it with properly connected board members, or run it out of a corporate office-- sometimes far, far away. Hold meetings in the dark. Make decisions in seclusion. Keep the financial operations under wraps.

Charteristas have not been shy about it. Reed Hastings, head of Netflix and well-muscled charter supporter, famously outlined how bad elected school boards are for the business plan, and how they should be done away with. To the investors and businessmen, it is only common sense-- you do not let the help dictate how your business will be run and you do not let the customers see anything you don't want them to see. And those "customers" will damn well settle for the choices that you decide to give them, that you think they deserve, that make business sense for you.

There was a time when faux Democrats provided protective cover for this, and neo-liberals were fre market wolves in progressive sheeps' clothing. But that camouflage coalition is starting to show signs of strain, and it becomes increasingly obvious that this is a variant strain of Republicanism. I find that hard to face-- I come from a long line of Republicans, and there are strains of the classic version that I still resonate to. The less government, the better. Let people get together with their own neighbors to deal with their own stuff.

At any rate, school choice week is a frighteningly perfect time to reflect on how the worst of the modern charter movement is just a small part of a bigger movement, a sea change in which huge chunks of our elected government no longer holds the democratic process as a valuable or important part of our national life. If you want to pitch charter schools to me, your warm-up needs to be an explanation of how that charter will be a reflection of and responsive to local control, and if you can't do that, give me a good explanation of why democracy and local control are no longer an important part of our national character.