MOOCs and the Failure of Innovators

Today at IEEE Spectrum, Robert Ubell has a rough and telling explanation of "How the Pioneers of the MOOC Got It Wrong." It includes some important lessons for many of the "innovators" in the education world today. 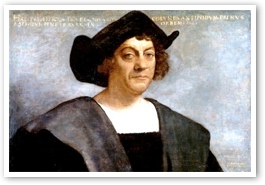 Massive Open Online Courses took off five years ago, when Sebastian Thrun and Peter Norvig decided to stream the computer lectures from Stanford out across the internet to the world. It seemed like such a winner of an idea that Thrun co-founded Udacity, one of the leading providers of interwebbified education. Thrun was so sure of this idea that he predicted in a 2012 interview at Wired that in fifty years, only ten higher education institutions would still be standing. He and other MOOC launchers were certain that they "had inspired a revolution."

They did not know what the hell they were talking about.

In the beginning, MOOC completion rate was a whopping 7%. Nowadays that has inched up to almost 13% average. These are not impressive numbers. Nor are MOOCs putting universities out of business. As Ubell reports, research shows that people just graze or glance or bounce in for a minute. Those "who did finish a MOOC were accomplished learners, many with advanced degrees." In other words, people who are more than capable of teaching themselves from whatever resource, whether it be a MOOC or, say, a book.

What happened? A common reformster problem-- MOOC-ophiles were trying to disrupt practices that were no longer the norm in education. They figured that a MOOC would be more engaging than a traditional lecture (even if early MOOCs were just lectures on line, because computer technology!); they didn't realize that educators were already ditching and replacing lectures.

The three principal MOOC providers—Coursera, Udacity, and edX—wandered into a territory they thought was uninhabited. Yet it was a place that was already well occupied by accomplished practitioners who had thought deeply and productively over the last couple of decades about how students learn online. Like poor, baffled Columbus, MOOC makers believed they had “discovered” a new world.

How many times have we seen this played out in ed reform circles. Edbiz McSellsalot comes running up, hollering, "Quick! I have just chiseled this circle out of stone. I call it a 'wheel,' and if you will all start using it, your transportation will be revolutionized." Experienced educators, riding on automobiles mounted on inflatable tires and sophisticated suspension systems, fail to respond with the proper level of awe and wonder. Unfortunately, too often the next step is for Edbiz to run off and convince some policy-makers to mandate the use of the "new" stone wheel.

And so vendors tell us that a multiple choice test (the kind of test that forty years ago we figured out is a poor assessment tool) will be totally awesome if we administer it on a computer. Charter operators announce proudly that they've discovered that personalized attention in a resource-rich environment will help students learn, particularly if you make sure that only the right students are in the room. Occasionally reformsters will grudgingly admit that some innovation doesn't actually work, just as we told them it wouldn't years ago. Who knew that having high stakes testing would warp and narrow instruction in schools? Every single teacher in the country-- but nobody would listen to us.

One of the assumptions of reformsterism (carried over from the business world) is that you don't need to be a trained experienced educator to be a great education leader. That assumption is disproven on a regular basis. That is why the teacher reaction to a reformster idea isn't always "You have got to be kidding me"-- sometimes it,s "No shit, Sherlock."

Sometimes outsiders see bold new angles because they're outsiders, but sometimes outsiders just don't know what they're talking about. Not every reformster is tripped up by ignorance of the territory or the arrogant belief that they don't even need to look at a map. But MOOC creators are not the only befuddled Columbi on the scene. If folks can't learn from the actual MOOCs, they can at least learn the lesson from MOOC creators.
Posted by Peter Greene at Monday, January 16, 2017