It's kind of curious. So many people are suddenly talking about vouchers again, and the only real reason that we are is because we're looking at the possibility of a Secretary of Education who just loves them and we're all trying to figure out what could come of that (Spoiler alert: nothing good). Wise researchers like Jersey Jazzman are reminding us where the voucher money ends up (Spoiler alert: in religious schools) and even some charter fans are expressing reservations. 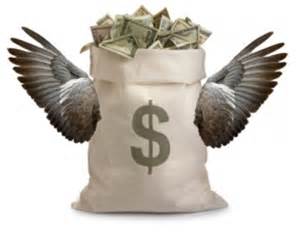 Into this conversation leaps (strolls? glides? saunters? scampers?) Mike Petrilli (Fordham Institute) to say, "Hey, maybe you need to take another look at cool, modern voucher systems!" Okay, what he actually says is "Vouchers have changed. Maybe your position should change, too" at the Flypaper, Fordham's blog.

Petrilli starts by roping in a reference to his earlier piece in which he argued that reformsters are still one big happy family, and can they please not get all split apart all over the place just because Herr Trump has nominated the DeVonator to USED? Because if you haven't noticed, reformsters are kind of worried about holding their coalition together in the Age of Trump.

We all support giving parents the power to choose schools other than those assigned to children by their local district; the question is how wide their range of choices should be.

Which is one of those reformy statements that triggers me to ask why nobody ever talks about the choices available in a public school. Anyway, he plays the Not Really Splitting Apart card so that he can point out that, hey, everybody wants to give parents choices-- there's just a little disagreement about what the mechanism should be, and before you go throwing out the vouchers with the bathwater, Petrilli wants you to know that nowadays we aren't talking about the kind of vouchers systems that were all the rage one or two years ago.

Vouchers, he admits, have a reputation for coming with no actual oversight or accountability, and, well, yeah, he admits that was pretty much true in places like Cleveland and Milwaukee. But nowadays, in places like Louisiana and Indiana now just ooze accountability out of their very pores, to the point that they are held almost as accountable as charter schools-- which is of course the point Petrilli has to make here for those charter fans who fear that voucher schools will undercut them by not having to follow any rules at all. Because the free market jungle is awesome unless you are the prey and not the predator. Petrilli's point is not, "Yes, voucher schools will be made awesome" so much as it is "Don't worry charter fans-- voucher schools will have to play by the same rules you do without any special advantages."

By "accountability," Petrilli mostly just means that these schools must administer the same Big Standardized Test as regular old public schools, which may be soothing to accountability hawks, but ought to scare hard-core voucher fans because, as some conservative critics have noted, where government money goes, government strings and rules and regulations follow. (It's an issue we have some history with in my area.)

By "accountability," Petrilli apparently doesn't mean "must conduct all business in public and keep financial records transparent to the public, too." Nor is it apparently related to how the schools treat teachers or students. "Accountability" just means "must give students the BS Tests and be rated by the state."


But maybe, Petrilli continues, you object to vouchers because the private schools can maintain their usual exclusive standards. Well, um, that's right. They don't. In fact, Fordham's own research tells that plenty of private schools won't open themselves up to voucher programs unless they can control their admissions. Many, of course, can also keep the riff-raff out unofficially by virtue of having tuition costs far in excess of the voucher amounts.

Well, so what, says Petrilli. We have some selective admissions schools already and colleges, heck, they selectively admit all the time already. And while he doesn't quite go there, we know that Petrilli believes that charter systems can be a good way to select out the Strivers and rescue them from having to be in school with Those Other Kids. Selectivity in private and charter schools? That's a feature, not a bug.

Petrilli knows some people are squeamish about the whole mixing church and state thing, but he says we might as well be consistent and we let churches house Head Start and use Pell Grants to send students to religious colleges, so what's the big deal? I would note that Head Start does not include a religious training component, even if they're in a church basement. College is a slightly different kettle of fish because it's not mandatory, like K-12 education, but he may have a point about consistency-- I vote we stop using Pell Grants to pay for religious college education. I could lay out all the religious separation arguments, again, for my conservative friends, but it might be simpler to point out that under such a system, your conservative tax dollars could be going to support a school based on Sharia law, or that teaches classes only in Spanish. I believe that if conservatives imagine such a system, they will quickly figure out the problems of mixing church and state all by themselves.

But Petrilli wants you to know that, for instance, Catholic schools are awesome and their students do really well and even stay out of typical teen trouble more than public school kids. Petrilli speculates that Catholic schools put the fear of God into kids; I'm going to speculate that everyone should learn more about the difference between correlation and causation, because the kinds of families that round up extra money to put their kids in a Catholic school might well be the kinds of families that raise kids who are more likely to stay out of trouble. Or maybe it's that Catholic schools can, as Petrilli notes, get rid of any and all students who don't behave.

And that's pretty much Petrilli's argument.

He does miss a few points. For instance, in his discussion of voucher-based systems, he somehow neglects to mention the voucher system of Wisconsin (a voucher mess), nor does he get into the everything but actual vouchering system of Michigan -- the one that can tell us the most about DeVos's ideas and goals with vouchers, choice, unions, and also the one that shows so clearly that DeVos's ideas and goals yield an ugly and dysfunctional mess that not only fails to produce choice schools with any quality, but also drags down the public school at the same time.

Petrilli has mounted a pretty weak argument here-- vouchers are really okay because voucher students in some places have to take tests, the separation of church and state is just silly, and creaming the best students is cool and appropriate. But then, that has been the problems with vouchers all along-- the arguments for them are weak, so weak that the only successful path for installing a voucher system is to buy or rent enough legislators to write it into law. Where voters get a say, they say no. Nor have they changed all that much, ever. So we can look at them again, and again, and again, but, spoiler alert-- they will still look like a bad idea.