What Do You Want?

In teacher school, we're taught that effective classroom management involves focusing on what you want the students to do, not what you don't want them to do.

In other words, "stop twiddling your thumbs" is less effective than "please read the story." I always think of Larry Shreckengost, my high school driver's ed teacher who told us to look at where we wanted to go, not at what we wanted to avoid hitting. It's true-- stare at that telephone pole you don't want to hit, and you will find yourself driving straight toward it. 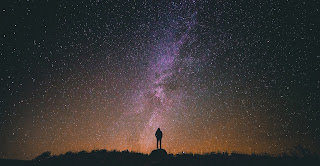 It is easy to get sucked up in no. It is easy to give over head space and voice to all the things that you don't want to see happen. But that inevitably is too much of the wrong thing and not enough of the right thing. A classroom that is dominated by don't becomes a negative space, a room where everyone's attention is given to the Wrong Stuff and they walk out ignorant of the right stuff.

The GOP has painted themselves into this exact corner, most notably with the issue of Obamacare. They have been against many things; now they have to figure out what they are for, and it's turning out to be a bit of a stumper. Liberals and progressives would be wise not to spend the next four years stuck in that same swampy trap.

None of this is meant to suggest that if we just jump on our unicorns and dance off positively and hopefully into the rainbow sky, everything will be fluffy bunnies and ice cream cones. Sometimes moving toward a destination, a goal-- sometimes that means getting past a large dark mass of powerful obstacles. But it doesn't work to sit down and just whinge away about how those obstacles shouldn't be there. Worse, sit there too long and when the obstacles are swept away, you can't even remember where you were going.

In short, the obstacles aren't the thing. The goal is the thing.

What do you want?

Do you want a world with equity and justice, a wold where people are treated with respect and decency no matter who they are? Then work toward that.

Do you want world where education is important, and institutions work to provide excellent and appropriate educations for every single student? Then work toward that.

Do you want a world where government, both elected and appointed, deals with citizens honestly, openly and responsibly? Then work toward that.

Do you want a world where we stand up for each other, have each other's backs, defends each other's rights relentlessly? Then work toward that.

Do you want a world where everyone gets to lead a decent life and find their best selves, regardles off background or circumstances? Then work toward that.

At times it may be hard to see, hard to even imagine. Keep working. Know what you want to say yes to, and say yes to that. Work toward that.