A PA Billionaire And An Initiative To STOP Public Education

The Center for Education Reform is an advocacy group that has never been shy about where it stands on the issue of public education (and the teachers who work there)-- they are not fans. The chairman and treasurer are both investment guys and their advisors are all investment and privatization folks. But the beating heart and voice of CER is Jeanne Allen. Latekly Allen has been touting a new program that CER "partners" with, founded by some big money out of Philly. 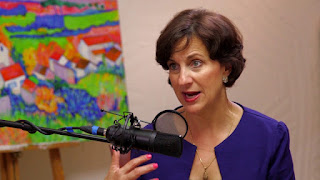 We've talked about Allen before. She's the founder, president, and chief spokesperson for the Center for Education Reform. She graduated from Dickerson with a degree in political science, then moved on to study political philosophy at the Catholic University of America. She was the "youngest political appointee to serve at the pleasure of the president, Ronald Reagan, at the US Department of Education, then became the ed policy chief at the Heritage Foundation." She earned an Educational Entrepreneurship masters at University of Pennsylvania in a program that offers what I once called "a degree in soulless profiteering." She announced her intention to step out of the president role in 2013, but no successor was named and apparently, she stayed right in place.

Allen is an expert lobbyist and advocate. She knows politics and business. She gives good interview and has a masterful command of snark (hey, game recognizes game). She bills herself as "one of the nation’s most accomplished and relentless advocates for education reform, and a recognized expert, speaker and author in the field." She has no background or experience in actual educating. But she does know how to brand herself. If you want to see her in action, you can watch this 2012 clip, but chances are that by the time she says, "You can't have parent power and have teacher union power" and says "teacher union" with the same tone of voice one would use for "rotting cockroach carcasses," you will want to say unkind things to her.
Allen has a laser-like focus on dismantling public education. It took her about fifteen minutes to get over her initial antipathy toward the Trump administration, and her analysis of the GOP's 2018 losses was that they weren't reform enough. She went to bat for cyber charters when even folks in the charter sector were slamming them. And she called for a full Reagan on the LAUSD teacher strike-- just fire 'em all. More recently she's been making the rounds explaining how covid is further proof that public schools should be replaced by full on choice. (You can read more about her here, here, here, and here.)
Allen has often had access to large piles of money (she once offered a $100K bounty for someone who could teach John Oliver a lesson). Recently she's been touting the STOP Award program, which is throwing around millions. It was created "to honor and advance the work of education providers that continued to perform during Covid." STOP stands for Sustainable, Transformational, Outstanding, and Permissionless.
STOP awarded $1 mill for 2021; now it has launched a $5 million "rescue fund" which was set up to take advantage of the Chicago strike by offering big bucks to private schools that would accept Chicago students--so maybe back to the drawing board on that one (the rescue fund is no longer featured on the CER home page).
The "founder" (the "o" might be a typo) of the STOP Award is Janine Yass, board member emeritus of CER. She founded the Boys Latin Charter School in Philly; she's been a board member for Save The Children and Teach for America. And she's married to Jeffrey Yass.
You probably haven't heard of Jeff Yass; heck, most of us in Pennsylvania haven't, but he's probably the richest guy in the state. 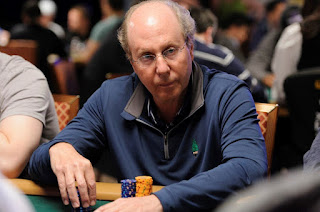 Yass did not get rich the old fashioned way. As a college student in the 70s, he played a lot of poker and did a lot of gambling. In favorable press, the story is that he used smarts and practice and Big Thinking to get good at it, and turned that smartitude into investment billions; some profiles say he started out as a "professional gambler," which strikes me as a fine description of investment work. He and his Susquehanna International don't look for a lot of publicity, but they are huge. In 2018 Bloomberg called the company a "crucial engine of the $5tn global exchange-traded fund market." And Yass has been putting all his money to work.
Yass is one of the major funders of the Club for Growth, an uber-conservative outfit with quite a history of bankrolling reactionary political activity; CFG has this year launched a national push for privatizing education with Betsy DeVos showing up for the kick-off. Yas has also run a bunch of money through the Students First PAC and buddied up with the Commonwealth Foundation. Registered as Libertarian, he sits on the advisory council of the Cato Institute and in 2015 tossed a few couple million to Rand Paul's campaign, which he followed up by backing the Protect Freedom Political Action Committee in 2020, which backed David Purdue, Kelly Loeffler, Madison Cawthorn, and Lauren Boebert. He backed a host of election denialists, including Josh Hawley, though he has apparently expressed some displeasure with their activities on January 6.
Given all that, you will be unsurprised to learn that Jeff and Janine Yass have thrown a lot of money at school privatization. A bunch of money has gone to Students First PAC, which in turn has handed the money off to Commonwealth Partners PAC, supposedly in hopes of having a say in Pennsylvania's governor's race. The advocacy wing of that group says they're all about cutting taxes and helping parents choose alternatives to public schools, goals that fit together perfectly with an agenda of ending the state's obligation to provide education and cutting parents loose (with a modest voucher payment to misdirect the crowd). Yass also supports the Commonwealth Children's Choice Fund which "supports candidates for state and local office in Pennsylvania who are passionate about6 expanding educational opportunity for children throughout the commonwealth." In all cases, we're talking about tens of millions of dollars.
He has talked about his plan to "dismantle and rebuild" Philadelphia schools as a voucher system in which each child would get a $10K voucher (instead of the $16,200 average that the city spends). Jeff and Janine Yass are big donors to the Philadelphia School Partnership, which aims to partner with Philly schools in much the same way that a vulture aims to partner with a dying wildebeast (it's run by an investment guy). Mostly they fund "good seats" in non-public schools.
All of this leads to headlines like "Jeff Yass, the richest man in Pa., is singlehandedly keeping school choice PACs flush." And Yass, like Allen, occupies that far right field position in the refoirmster game that does not even pretend that any of this is about improving or reforming public schools--it's about ending them, and with them the state's tax-funded obligation to provide each child with a decent education. Let parents work it out for themselves, somehow.
The STOP Award folks must have smelled blood when Chicago teachers walked out, and it may take a few days to adjust strategy now that Chicago Schools have agreed to make some sort of attempt to render their schools safer. But this program is bad news for public education, even as it provides one more ugly example of how some rich folks feel entitled to mess with the lives and educations of the lessers, and to dismantle US public education because it bothers them. We haven't heard the last of this.
Posted by Peter Greene at Tuesday, January 11, 2022
Email ThisBlogThis!Share to TwitterShare to FacebookShare to Pinterest