Going To Battle Over 38 Cents

Parents Defending Education is one of the several totally-not-astroturf groups that has turned up to fight against left-wing indoctrinatin' in schools. They are just regular folks and not at all representative of a conservative attempt to turn school controversy into political power. 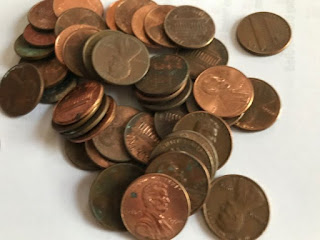 PDE's vice president for strategy and investigations Asra Nomani dropped what I think was supposed to be a bombshell (like most PDE leaders, Nomani is a seasoned political operator--she voted for Trump and helped back his Muslim ban). It's those darned Diversity, Equity and Inclusion programs.

"The amount of money put into social justice consulting since the tragedy of the George Floyd killing has just exploded," Asra Nomani, the vice president for strategy and investigations at Parents Defending Education, told Newsweek.
The total amount spent on programs "under the DEI umbrella" is $21,812,007 (an impressively exact number). That, I take it, is supposed to be a lot. That was not my reaction, nor the reaction of some others.

Since 2020, public schools have spent LESS THAN the cost of ONE school breakfast per child on DEI efforts.

I'm not sure that's fair-- with around 54 million K-12 students, that works out to about thirty-eight cents per student, so it's way less than the cost of breakfast.

Meanwhile, today we also learned that the about ten cyber charter schools in Pennsylvania spent around $35 million over two years--just for marketing.

There are several pieces missing here. For instance, it's an odd choice to start counting "since the George Floyd killing," as if these kinds of programs were just invented after that murder was committed, and yet I could swear these programs, and the concerns the6y address, have been around for a while.

And the huge missing piece here is the explanation of why, exactly, DEI programs are evil and terrible. The theory, per PDE website and many CRT panic folks, is that DEI is obviously just a front for CRT, which imbues DEI with some vaguely second-hand badness.

Newsweek, which ought to be ashamed of itself for running with this silly story, at least includes some words from one of these evil DEI consultants so we can see just what they're up to:

One of those agencies is Akoben LLC, which says it offers consulting, coaching services, speaking engagements and a variety of workshops meant to "stretch thinking, provoke reflection and stimulate action." Subjects taught include "restorative practices, trauma-informed care, cultural relevancy and agency and assets."

"No significant learning happens outside of a significant relationship—it requires a relationship between teachers and students, and the deeper that is, the more learning and more challenges we can confront," Malik Muhammad, CEO of Akoben, told Newsweek. The vast majority of Akoben's work, 95 percent, is with public schools.
Goodness. And then there's this:
"In all of domains, whether it's a white student chasing sexual identity issues or a poor student who comes from Somalia trying to understand what's going on—oftentimes if we don't find time to talk about the differences we often default to the majority," said Muhammad said. "When we find the opportunity to be more inclusive, those are the environments where [students] want to learn."
Personally, I'd like to see more than 38 cents per student spent on that.
Of course, this is just PDE's estimate. Some other conservative groups are throwing around $25 billion based on this NYT piece, which doesn't really have much to do with education.
Look, I have no doubt that there are some crappy vendors out there cashing on a demand for DEI programming, but the notion that we should tell kids to keep their heads down and focus on reading, writing, and 'rithmetic and just keep quiet about all that race stuff is a bad, unproductive notion.
And if PDE wants to convince anyone that they are not simply political operatives trying to stir up racist anger and discontent to animate their base and score politics, they probably shouldn't try to stir up pretend outrage over what is literally nickel and dime baloney.
Posted by Peter Greene at Tuesday, January 25, 2022
Email ThisBlogThis!Share to TwitterShare to FacebookShare to Pinterest