It turned up as an item in the South Florida Business Journal, and the lead tells you just where we're headed.

The campuses of three charter schools in Broward County were purchased for a combined $49 million by a company in Boise, Idaho that specializes in charter school real estate investments.
That just says a lot. Let's look at some details. 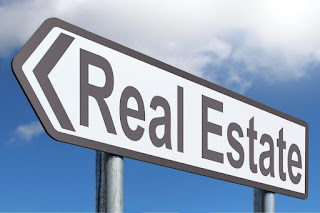 The big deal involves--well, several companies. We've got AEP Charter Renaissance. These folks sold a school they bought back in 2017. That charter school was located in a former Target store in Tamarac that had been bought by an investment capital group and a development group for $6.3 million; AEP Charter Renaissance bought it for $22 million. That purchase was part of a two-school deal that merited this kind of language in industry blurbs:
Part of the Colliers team’s successful strategy required educating prospective buyers on each individual Charter Management Organization (CMO) and nuances of each charter school including charter terms, for this asset class considered a special purpose building.
“This is a highly-specialized asset class which inherently requires a longer and more thorough phase of due diligence,” noted Colliers Senior Vice President and Education Services Group Member Achikam Yogev. “Because of the complexities, charter schools have traditionally sold individually and rarely as a portfolio, but the continued interest in this asset class has paved the way for more creative strategies and more complex deals being done on behalf of our clients.”
By "industry," of course I mean real estate and investment, because none of this has to do with education. At any rate, AEP Charter Renaissance just sold that school (which has somehow shrunk to 85,233 square feet) for $26 million. AEP Charter Renaissance is managed by Charter School Capital, whose CEO and co-founder Stuard Ellis is based in Portland. They serve "charter school leaders, back-office/business service providers and brokers & developers" and they make a lot of money doing it. Also, "AEP" stands for "American Education Properties," of which Ellis is also the CEO. FWIW, his degree from University of California, Berkley (1988), is in Political Economies of Industrial Societies. You can watch Ellis provide a history of charter school capital.
The school that was sold is Renaissance Charter School at University, and while it was owned by a company in Portland, it is operated by Charter Schools USA. It was sold to PCSD Schools LLC, a company that is based in Boise, Idaho, but filed as a Florida LLC in December of 2021.
PCSD stands for Performance Charter School Development, run by Brian Huffaker, who has worked his way up through the ranks in Hawkins Companies as an accountant. Hawkins is a commercial real estate development and property management company. Hawkins' client list is mostly retail and chain outlets, though they boast of the 700K square footage they have found for charters. PCSD is headquartered in Houston; their Boise branch office has the same address as Hawkins. They call themselves a "national full-service real estate firm specializing in helping new and existing charter schools meet their facility needs." Their website outlines a process by which they can help charters set up a facility, and even offers the option to buy it, and a portfolio of satisfied customers all over the country, including most of our favorite privatization states.
The whole story features two more transactions like this one (though one was actually a money loser), underlining once again that for many folks, charter schools are an "industry" just like real estate investment and malls and setting up a fast food franchise location. Meanwhile, a school in Florida that is operated by a company somewhere else in Florida has been sold by a company in Portland to another company located in Idaho but headquartered in Texas. It's as if all the interested and invested parties aren't really in the education business at all.
Posted by Peter Greene at Monday, January 03, 2022
Email ThisBlogThis!Share to TwitterShare to FacebookShare to Pinterest